The Weird, Winding History of the Witch Hat 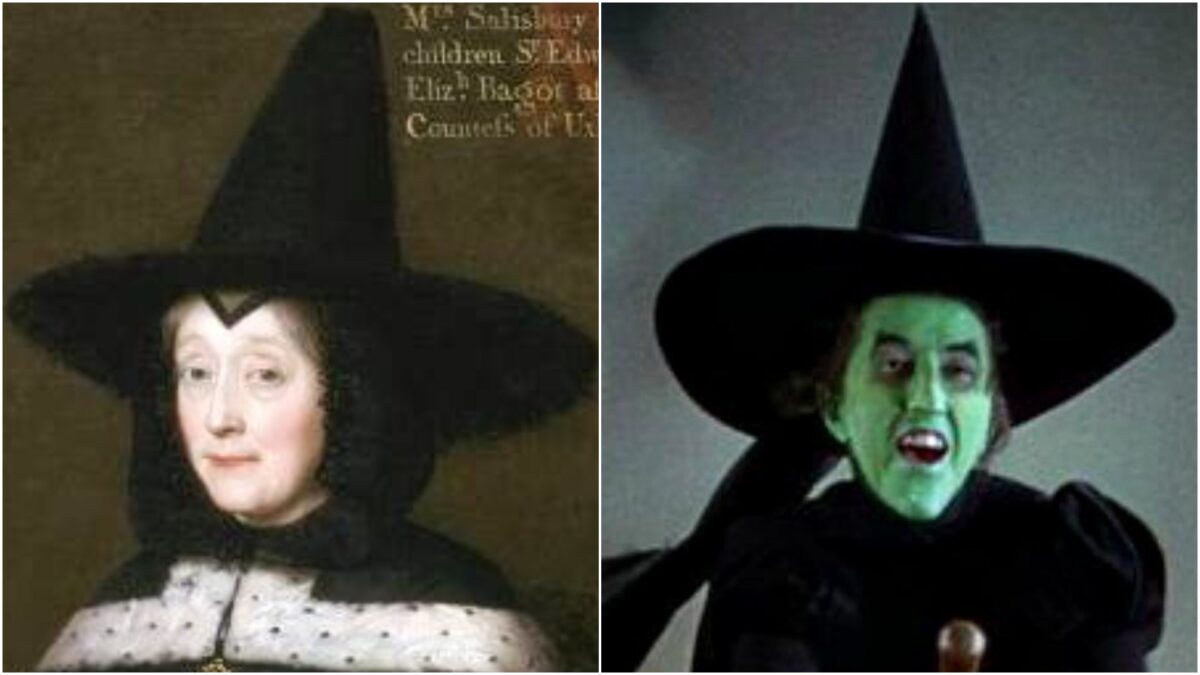 There are few things more iconic at Halloween time than the classic image of a witch. With her green skin, broom, and wide-brimmed conical hat, the Witch is an icon. Now we’ve talked already this month about how witches “flew”, but how did that very distinctive hat become associated with magical women, especially the kind that like to get a bit wicked?

As with many elements of the witch as she’s understood in pop culture, and indeed many elements of magic itself, the story is complicated and has a lot more to do with prejudice and persecution than it does with magic and the mystical. (No, the conical hate is not a symbol of a cone of power, sorry Wiccans.) The story of the witch’s conical hat, is, like so many stories of the witch, a tale of female power and fear.

But it’s also a story about fashion, which is why this recent video of dress historian Abby Cox is such a great exploration of the topic. And she busts a few of the big myths about the Witch’s hat right off the back. Nope, it’s not about alewives! Sorry, bad Wikipedia article!

The origin tale for the witch’s hat that I’ve seen quite often myself, and which Cox refutes, is that it is derived from the Judenhat; The Judenhat was one of many sartorial markers that were required to be worn by Jews beginning in the middle ages. In 1215 the fourth Lateran Council required all Jews to wear the Judenhat or horned skull cap and centuries later this became a feature of many anti-Semitic tropes and beliefs. And yes, because Jews, like witches, were (wrongly) associated with the devil and fun stuff like murdering children, the Judenhat became associated with sorcery.

But that’s not quite the same hat as a witch’s hat, and the Judenhat is more rightly associated with sorcery (and thus men). What about the witch with her very particular hat? For one, that image is highly associated with the image of the witch in England and thus came to represent her in the anglophone world even to this day. And so the image of the witch’s hat is tied in with English fashion and English prejudices … and also oatmeal.

I’m speaking of course about Quakers. The Quakers, or Society of Friends, were (and still are!) a religious group that grew to prominence and infamy in the 1600s in England. George Fox founded the society following the English Civil war and their belief in ideas like women’s equality, that God was experienced directly and that people were not inherently sinful got them a lot of attention and pushback. As Cox explains, they were seen as evil, heretical, and … extremely horny? Oh yeah. And all those things matched with what England already thought of witches, who were being hunted relentlessly in the mid 17th century as well.

At the same time as the Quakers were gaining publicity, they were adopting the fashions of the day and their own distinct looks. And that involved … tall, black, conical hats with large brims. As you can see in this painting of a Quaker meeting in the 1670s. 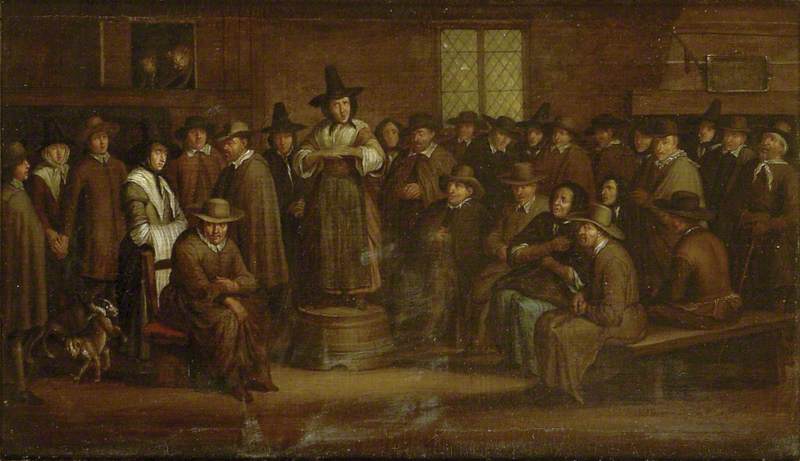 Look at that woman speaking publicly! About God and the scriptures. Obviously a witch! This painting from 1675 also shows a woman with a witchy looking chapeau, but again, it was the fashion of the day. It’s just what you were for a portrait with your grandkids. 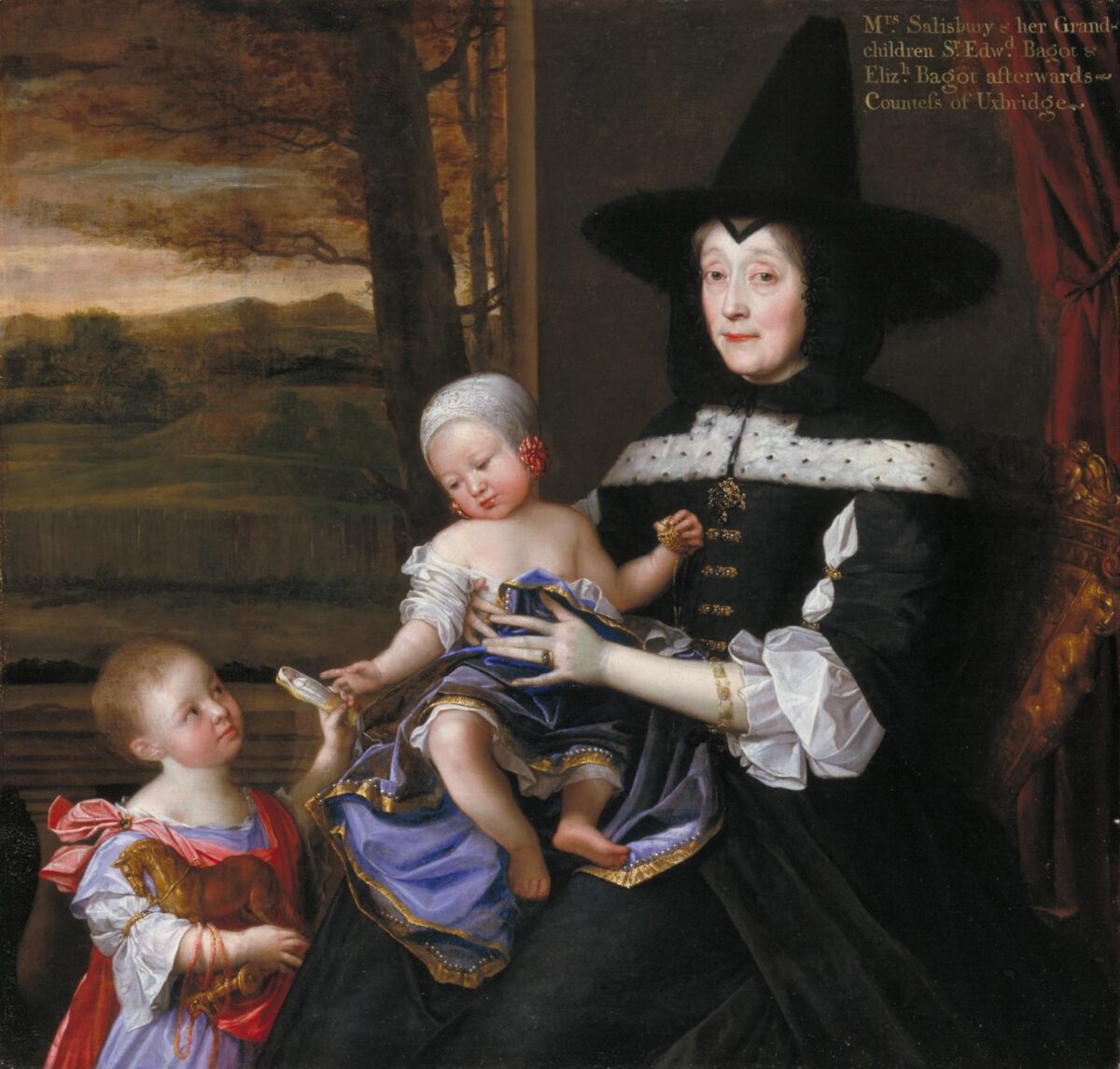 As Cox notes, the prejudice against Quakers, and especially Quaker women, was widespread in England, and it coincided with the witch not just becoming a focus of prosecution and persecutions in the 17th century but also with the witch becoming a popular figure. This also may have been true in America, where Quakers were also persecuted (does anyone else remember the Quaker woman accused of witchcraft in the YA novel The Witch of Blackbird Pond?). As the quaker hats grew more out of style, as associated with another age, they remained associated with witches.

The first witch we see depicted with her famous pointy hat is from this woodcut, date to around 1720, long after the quaker hats were out of fashion. 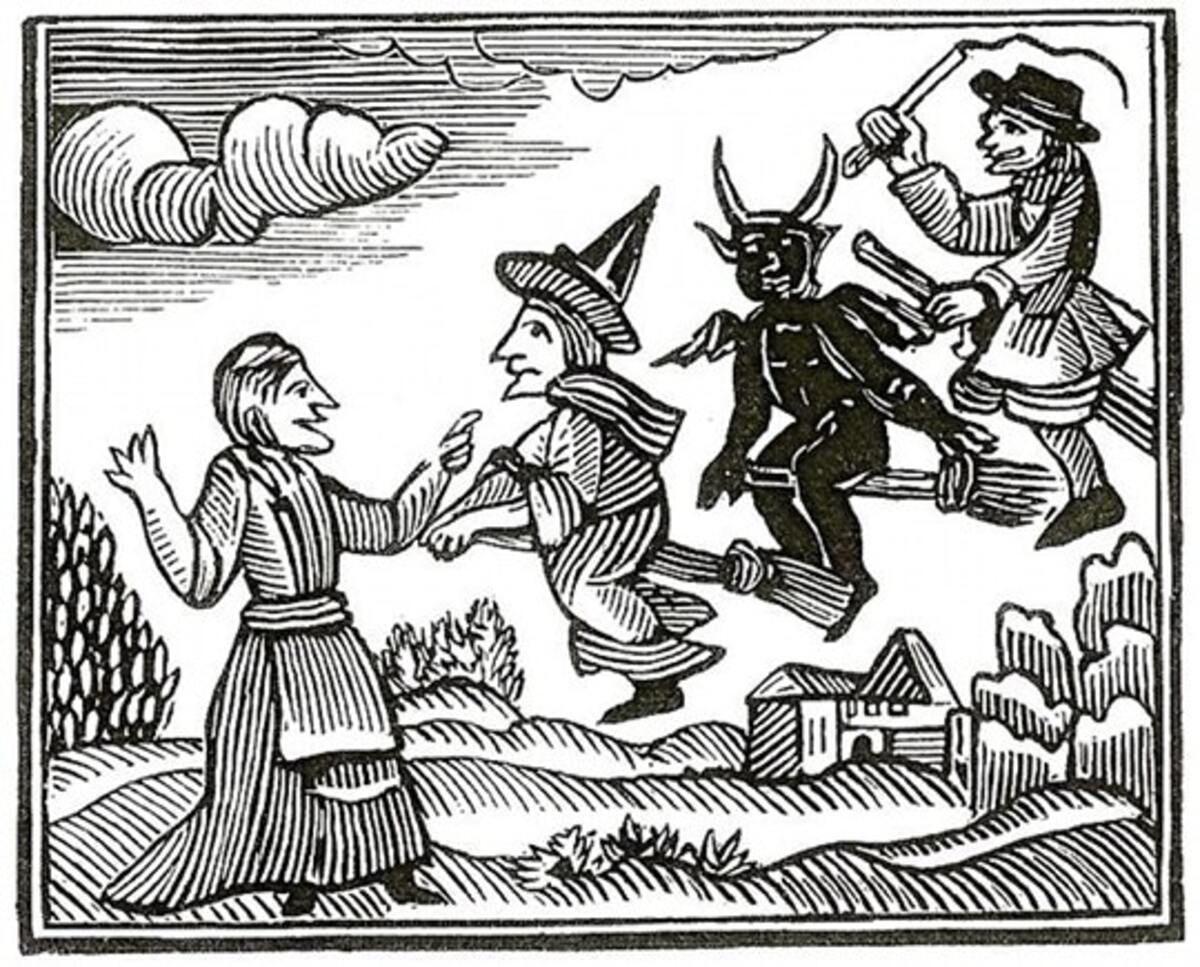 This is an era when witch hunts and superstition were beginning to fade, the enlightenment was around the corner and mass media depictions of the witch were becoming more fantastical, rather than warnings of a real threat. From here on out, the English vision of a witch spread and gained traction, and as all cultural images do, this version of the witch spread.

And then Hollywood came calling. L. Frank Baum and his illustrators depicted his Wicked Witch of the West with the (by then) expected conical hat when The Wizard of Oz was written in 1900, and when MGM put her on-screen in 1939, of course, she had a pointy hat. The costume designer, Adrian, made it fabulous and fashionable though. And much like the look of the witches in 1720 relied on outdated fashions, so too did elements of Margaret Hamilton’s Wicked Witch costume rely on fashions that were several decades out of style.

Oh and, by the way, The Wizard of Oz was the first movie to make a witch green. Really. That’s important, as it demonstrates how influential this movie was—because now most Halloween witches are green. The Wicked Witch’s verdigris is the entire plot of Wicked, the musical that tells her story, and it wasn’t even an element that was included in the original Oz books by Baum.

So, when you’re getting a costume together for your (safe and socially distanced) Halloween activities this year, remember that there’s a long history behind that Witchy hat. And wear it proudly!