'The Half of It' Offers a Tender, Queer Coming of Age Story | The Mary Sue

The Half of It Offers a Tender, Queer Coming of Age Story 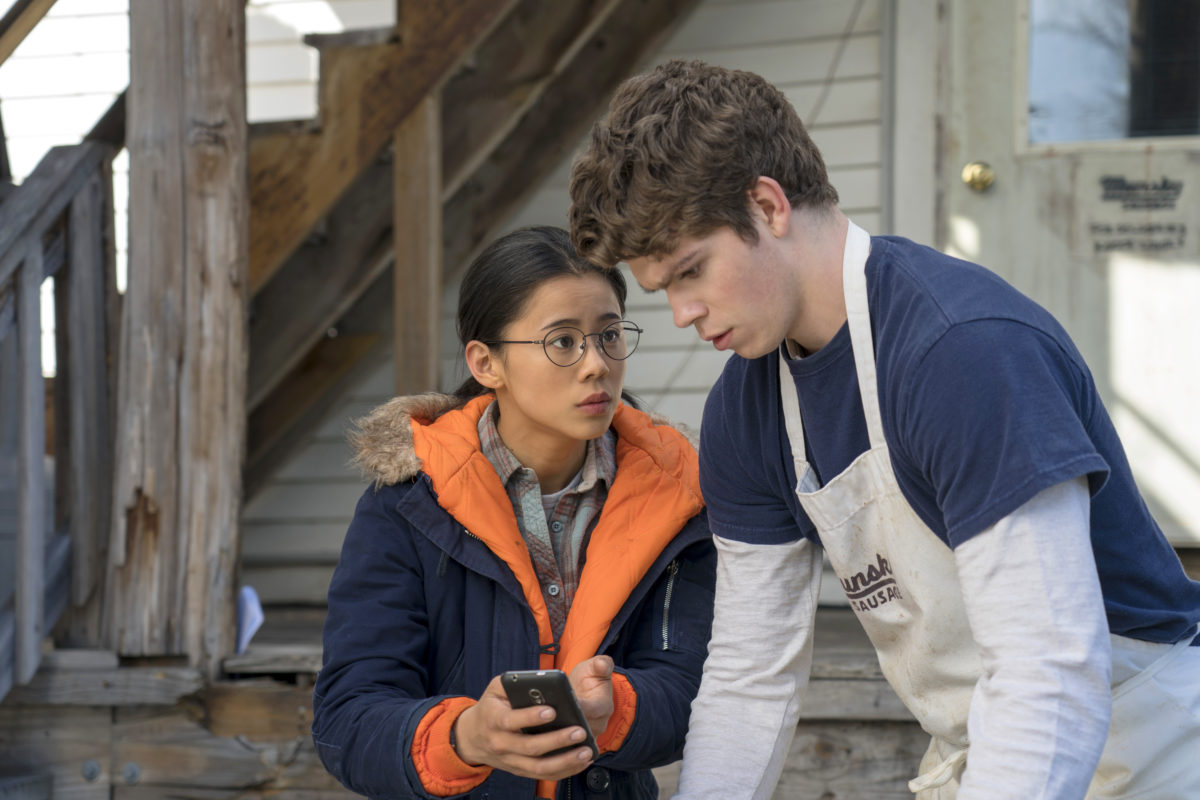 It’s been 16 years since Alice Wu’s Saving Face came out, giving the world one of its first (and best) queer Asian romantic comedies. Wu is back with the new Netflix film The Half of It, and delivers yet another poignant and warmhearted coming of age story, this time in the guise of a teen romcom.

Ellie Chu (Leah Lewis, in a breakout role) lives with her widower father in the rural, conservative fictional town of Squahamish, Washington, where life revolves around church and the football season. Ellie is an immigrant and an outcast, smart and emotionally mature well beyond her fellow students. She has a weariness to her that is the result of years of casual racism and dismissal from her town, where she writes essays for other students to make some extra money.

Ellie is living a quiet life of low expectations when goofy football player Paul (Daniel Diemer) hires her to rewrite his love letter to popular girl Aster (Alexxis Lemire). The film then falls into the well-worn beats of the many Cyrano de Bergerac stories we’re familiar with. Had this film been made ten, twenty years ago, the result would be predictable: Paul realizes that Ellie is the girl for him, and they live happily ever after.

But thankfully, the film eschews this formula for something deeper and messier. As Ellie corresponds with Aster, she finds herself falling for the object of Paul’s affection, while building a true kinship with Paul. Ellie begins the film by saying, “This is not a love story — or not one where anyone gets what they want,” and that promise holds true. The film gently subverts both romcom and teen movie conventions for a story that is refreshingly original and deeply relatable.

So many teen movies commit the sin of talking down to teens, reducing them to jock/nerd tropes and limiting their experiences. In The Half of It, the characters are allowed to be more than just tropes. Paul is a football player who struggles to articulate himself, but he is also kindhearted, goofy, and deeply passionate about cooking. Aster is the beautiful popular girl, but her good looks mask a complicated relationship with her faith and a desire to go to art school.

And the teens that populate this film are less concerned with prom or popularity, but have real conversations about faith, their future, and the ways in which the small town tries to pigeonhole them. Wu artfully allows her characters to grow and evolve, while staying true to themselves. There are no makeovers, no “without glasses she’s hot!” moments.

The result is a deeply felt, authentic look at what it means to actually come of age, and the weird messy struggle that is adolescence and knowing oneself more deeply. The Half of It is a kind, thoughtful film that is funny and filled with lovable characters you want to spend more time with.

Here’s hoping we won’t have to wait another 16 years for Wu’s next effort.