Star Wars: The Force Awakens to Take Over IMAX For an Entire Month

A month's worth of repeat viewings, popcorn, sodas... and IMAX fees. Oof. 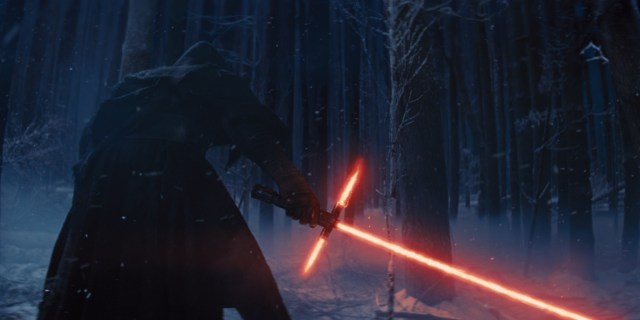 Grab your tents and your oversized camping chairs, folks: Star Wars: The Force Awakens is on its way. What’s more, they’ve just announced that it’s going to be taking over IMAX screens for an entire month. It’s not unprecedented, but it is incredibly uncommon. There was a deal to have the three Hobbit movies take over IMAX screens for about that long, but nothing has come around since then.

But what about the other movies that are supposed to have IMAX showings in December? To be honest, a lot of films have cleared the way for The Force Awakens, knowing that to try to compete with such an immense juggernaut would be folly. The only film to directly precede The Force Awakens‘ IMAX premiere on December 18th is In the Heart of the Sea, which opens the week before. It’ll get seven days in screens before bowing out to the Star Wars sequel.

So. Here’s your chance, die-hard fans. You could spend an entire month watching The Force Awakens every day on IMAX. I shudder to think of how many calories all that popcorn munching would end up being. I also shudder to think about how much that would cost in ticket prices alone. But hey. Fans have done more ridiculous things, I suppose.