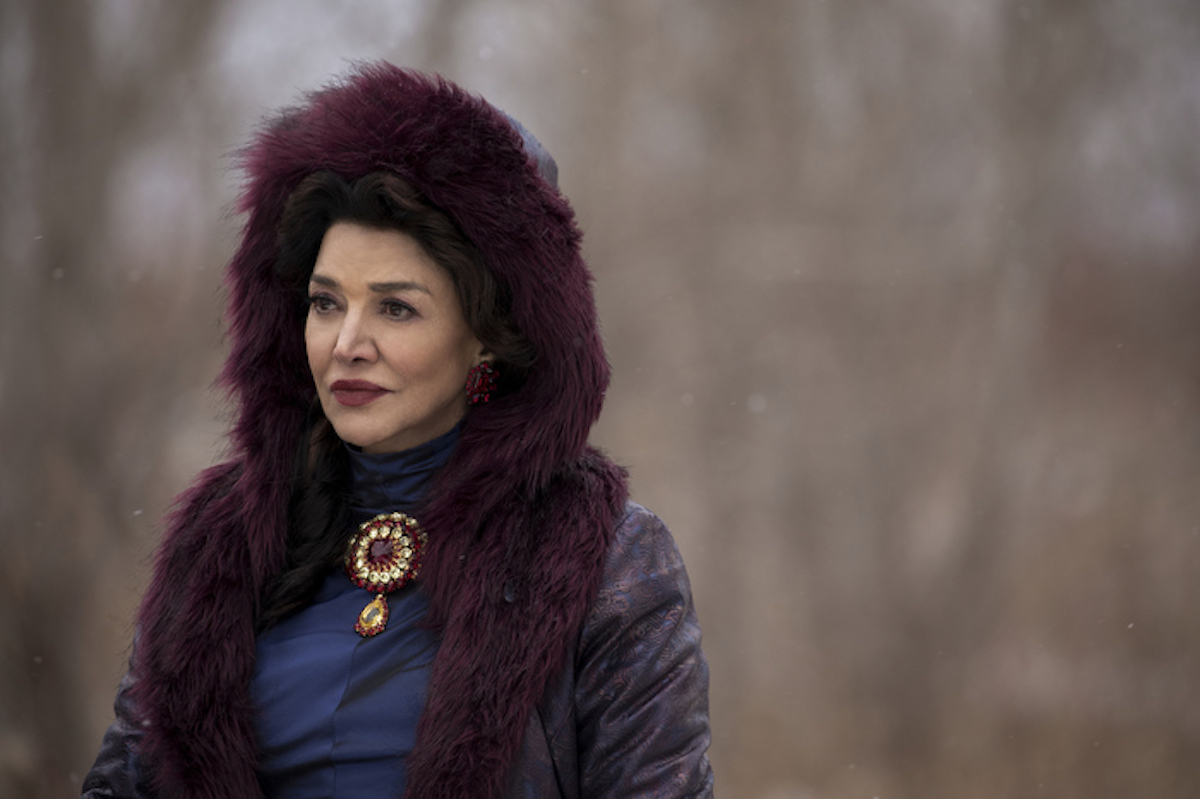 During NYCC, Amazon Prime Video’s The Expanse gave us the gift of its season six teaser trailer. The series, which is hands-down the best science fiction on television and in the known universe, will be wrapping up after a truncated final season. But we’re not ready to believe that we’ve seen the last of the Rocinante and its crew at the end of this run.

It was revealed at NYCC that season six will only consist of six episodes, which feels wildly unfair and head-scratching. How on Earth or Mars are they going to be able to wrap up this epic drama in that length of time? Further, the season will mostly focus on adapting the sixth book in The Expanse’s ongoing book series, Babylon’s Ashes.

This means that a lot of the revelations about elements like The Ring Builders likely won’t be explored or resolved. But it does suggest there’s the possibility we could see more Expanse in some form in the future—perhaps some sort of revival or movies down the line, since there’s still so much book material to take on. The planned ninth and final novel by James S.A. Corey (the pen name of co-authors Ty Franck and Daniel Abraham), Leviathan Falls, comes out in November 2021. It was also announced that season six debuts on December 10th, 2021.

Even though I’m disappointed about the shorter season, if there’s anything I’ve learned as a fan of The Expanse it’s that I trust the brilliant production team behind the show, and I know that whatever they’ve cooked up will be exceptional. If you’re just joining us, The Expanse takes us into a politically fraught future of colonized space, mysterious extraterrestrial activity, and a scrappy crew on an illegally salvaged warship who become a fantastic found family. The show will break your heart and toy with the pieces, and you will love every moment of it.

Take a look at the teaser trailer here:

And we’re back!!! The Roci and Drummer are facing battles in space! Chrisjen Avasarala, our Queen of Earth, is finally back in power! The Roci crew is sad, but at least they’re back together (maybe)! Alex is still dead! Bobbie has a secret mission! Possible extraterrestrial shenanigans!

Avasarala’s voice-over says, “We’re broken. Trying desperately to keep ourselves going by pretending that we’re not. We must remember the lives we lost. The pain we’ve suffered. Because with every new attack, Inaros’ power grows.” Meanwhile, we hear Belter baddie Marco Inaros saying, “You and I were meant to be out here. In the darkness. In the fight. That’s who we were born to be.” Marco Inaros is still terrible but he looks really good with his hair pulled back!

There’s likely a lot of misdirection in this teaser and The Expanse thrives on surprising us and pulling the rug out from under all expectations, so let’s just enjoy how gorgeous everything looks here and how exciting it is to see this stunning cast back together again.

The sixth and final season of The Expanse picks up with the solar system at war, as Marco Inaros and his Free Navy continue to launch devastating asteroid attacks on Earth and Mars. As the tensions of war and shared loss threaten to pull the crew of the Rocinante apart, Chrisjen Avasarala makes a bold move and sends former Martian Marine Bobbie Draper on a secret mission that could turn the tide of the conflict. Meanwhile, in the Belt, Drummer and what’s left of her family are on the run after betraying Marco. And on a distant planet beyond the Rings, a new power begins to rise.

The main cast of The Expanse came together for a virtual panel at NYCC. According to SYFY’s discussion with Steven Strait (Holden) and Wes Chatham (Amos), this season will be “a love letter” to fans. Strait says that “every beat is justified,” and that “These small moments that we have in those early seasons come back in the later seasons.” He also said that being able to work on the show “has been the joy of my adult life,” if you’re wondering why we love this wonderful cast so much.

Chatham was as enthusiastic, saying, “To be a part of something like this is a dream come true,” and that “the connection that the show has to the fans … is unlike anything I’ve ever done before.” Chatham also described the series finale, which will clock in at 65 minutes—the longest episode ever—as “essentially a movie” and that director Breck Eisner “just really crushed it. Knocked it out of the park.” 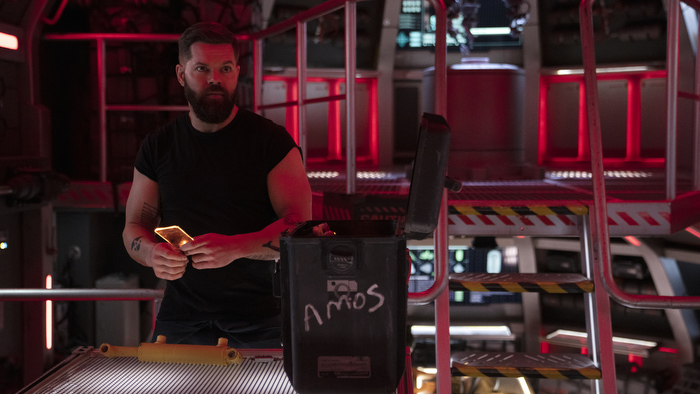 At the NYCC panel, showrunner Naren Shankar also made us both excited and afraid for what season six has in store. Why afraid? Because I’m not sure if my heart will be able to handle it. Shankar said of the shorter season:

Every episode feels as intense as it can possibly be. The compression is there, you never feel like you’re letting your foot off the gas pedal, so by the time you get to the end, it’s cathartic.

GREAT! I am not ready, and I am not ready for The Expanse to end. I will never, ever, ever understand how this isn’t the biggest show in the world. Tell your friends and neighbors to tune in.

What do you think of the trailer? How are we feeling as we head into the (possible) final season, Expanse friends?