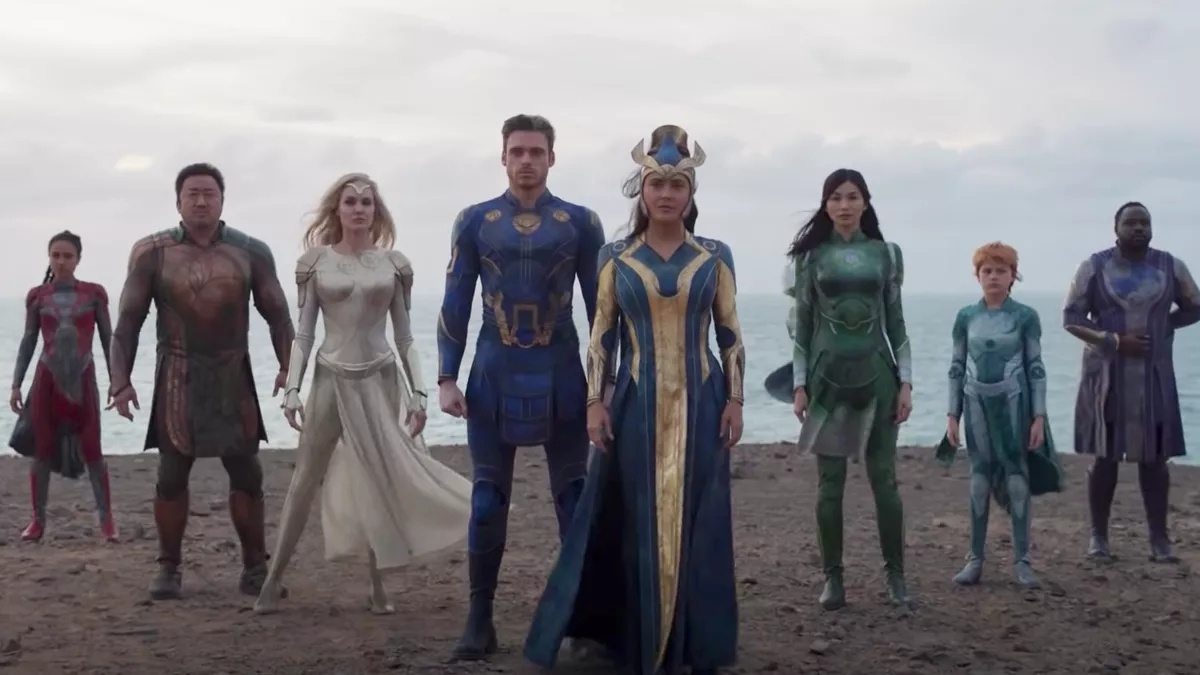 Eternals is going to be a big change in the world of Marvel Studios. From the trailer alone all of the intense eye beams made me think of the more fantastical elements of Superman.

While the MCU has tackled space before, this will truly be a shake-up in a way we haven’t seen before. With a star-studded cast and the second woman to ever have a directing Oscar (and first woman of color), Chloé Zhao, onboard, there is a lot that this film is offering on a surface level. Especially in terms of diversity.

In the film, the Eternals, per Wikipedia, “an immortal alien race, emerge from hiding after thousands of years to protect Earth from their evil counterparts, the Deviants.” The trailer, which was released earlier today, explains that they were not able to intervene for … any of the stuff that has happened before. Apparently, they are only allowed to get involved with conflicts that involve the Deviants. (Of course, we comic book nerds know that Thanos has Deviant genes, but it’s okay we will allow this loophole if Gemma Chan says so).

Of the massive cast being spotted in Eternals with the leads five are women, five are people of color, and one is a deaf actress. Within this we are getting our first deaf superhero/actor in the MCU, Lauren Ridloff, and Brian Tyree Henry as Phastos will be the first gay superhero. With a whole ass husband!

In 2021 good diversity in media in more than just who you cast, but also how you use them. Will they be equal parts of the narrative? From the trailer itself and interviews, Gemma Chan will play a huge role in the film and it opens up with Salma Hayek on a horse. All good signs.

Unlike Black Panther or Shang-Chi, this will not be a film around the mythology of one ethnic/racial group, but a truly diverse project with god-like beings that run the gambit. Lia McHugh is playing Sprite, a character who in the comics has been genderfluid, and is a trickster type, and a lot of characters have gender-swapped and hopefully, that will not mean erasing the—let’s just say moral complexities.

A lot of the Eternals waffle between superhero and supervillain like it is a hobby.

Without the mostly white, mostly male anchored MCU, what will it look like? Will audiences gravitate towards it? These are questions I hate to ask, but they are a part of what the discourse is like. But anything that gives Jack Kirby more clout is good in my opinion.