The Elektra Complex: Why Miller’s Anti-Hero Has Been Hard to Get Right (Even Though Netflix’s Daredevil Came Close) 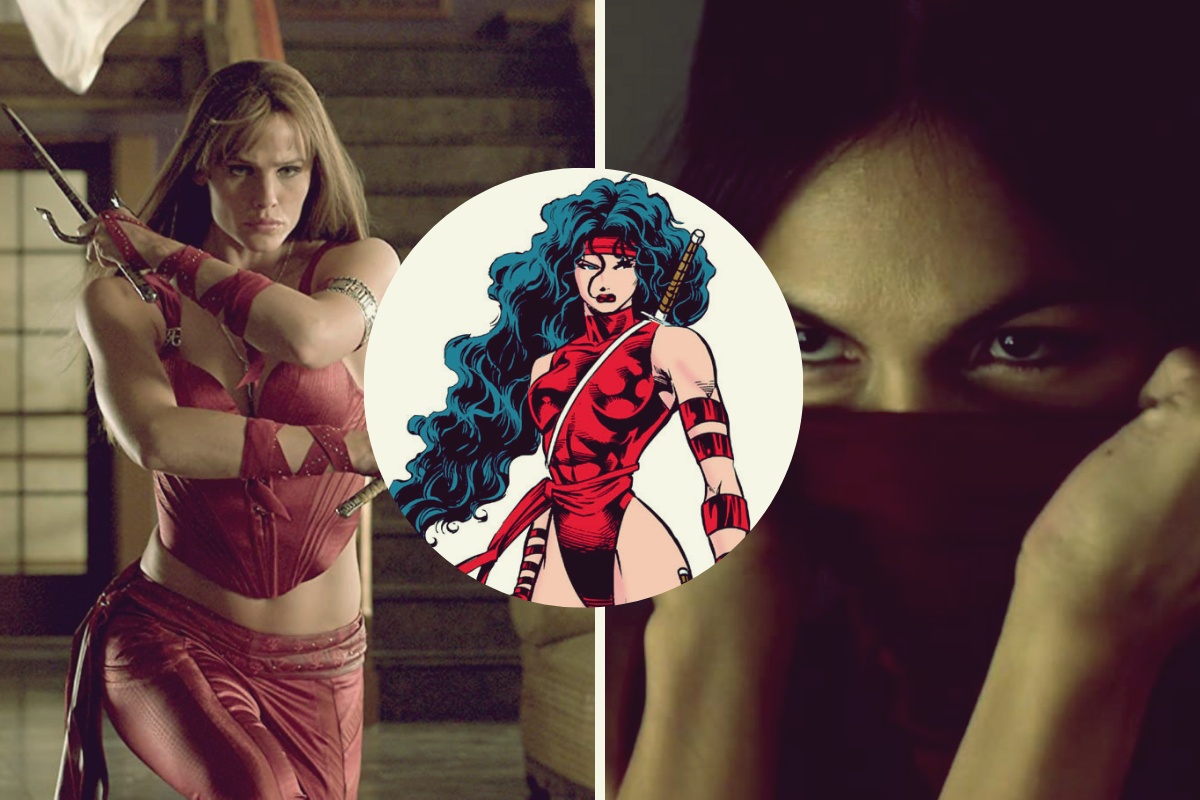 Elektra Natchios is one of my favorite Marvel characters, but live-action versions of the character have not given full justice to the potential of one of comics’ deadliest warriors.

Created by (sigh) Frank Miller in 1981, the character was a love interest to hero Matt Murdock/Daredevil, as his college love-interest-turned-assassin. Having gone through some severe parental drama, Elektra was raised to basically be able to kick anyone’s ass at any time with her curls in place.

Our Greek icon becomes the chief assassin under the Kingpin and is assigned Matt Murdock’s partner, Franklin “Foggy” Nelson. However, when Nelson recognizes Elektra as Matt’s college girlfriend, she fumbles and ends up not going through with the kill. Of course, the Kingpin doesn’t want his chief assassin to be held down by emotions (gross) and pits her against Bullseye.

He fatally stabs her with her own sai, and she dies in Daredevil’s arms. Later on, The Hand takes her body and resurrects her, and she’s been putting fear into the hearts of men ever since.

Frank Miller is a very problematic writer, and while his version of Elektra still has some problems, one of the very important things about her is that she is an active player in her own fate. I remember watching the Daredevil movie as a child, and while it was … very bad, except for Michael Clarke Duncan, I did enjoy the vibe of Jennifer Garner’s Elektra.

Sadly, what became of Jennifer Garner’s Elektra is a travesty to me because Garner could have eaten that role. She had the physicality, and having played a spy on Alias, there was absolutely no reason for her character to be written as milquetoast as she was. They turned her into a wet noodle who spun her sais impressively but went in combat mode once and then died. The standalone Elektra film doesn’t even make sense and has Garner fighting against CGI sheets at one point.

When Netflix’s Daredevil handled Elektra in season two, I enjoyed 70% of it. I think that Élodie Yung did a great job of capturing Elektra’s dark side and making her a true anti-heroine. However, all the “Black Sky” stuff was absolutely boring because it took her own darkness and turned it into some weird mystical thing. Yung did well in the role, but it turned Elektra into a plot device.

I was surprised, when I read the comics, by the stark difference between how Elektra died and how screen adaptations have done it both times. While her relationship with Matt is connected to why she does die, it is not a death about Daredevil. He isn’t even there until the very end when Elektra goes to him.

Ultimately, the biggest issue with bringing Elektra to life is that she is a morally complex character who doesn’t easily fit into 5 episodes of a season. Her motivations are constantly shifting, and while her death is famous in the comic book world … that isn’t all her character is about. By only focusing on that, they turn this powerful female assassin into just another Catwoman-style love interest who is dangerous to her lover.

The MCU has the rights to Elektra, so I hope that when we see the assassin again, she will have a much more interesting story to play with.