The Dream of Molly Danger: Comics For Children of All Ages 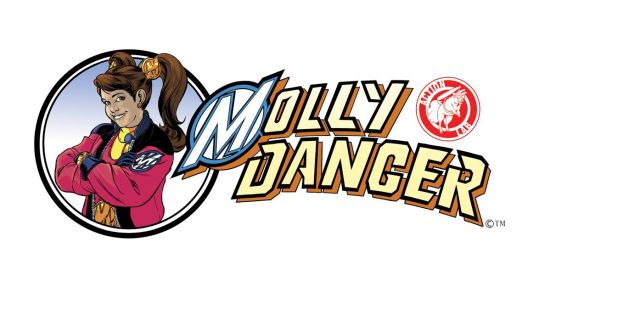 Everyone has a dream.

I never discount a person’s dream when they tell it to me. Even if it seems far-fetched, improbable, unbelievable or improbable, dreams drive us. A dream isn’t always obvious to us because discovering that dream can take a myriad of forms. It stealthily hides as our job, the one you fell into just out of school. It could also be the hobby you took on when you were bored one day, walked by a sign in a window or on the street. Your dream could take root watching what would one day become your dream become your passion, be it a movie or a concert, a game that fascinates you.

And sometimes, just sometimes your dream forms over the course of a decade. At least that’s how Molly Danger became my dream.

Molly Danger is the story of an incredibly powerful girl, a young superhero who isn’t what she seems. On the surface a child, Molly is actually an immortal, trapped in the body and mentality of a 10-year-old girl. Because of this, Molly isn’t allowed to have a life outside of being a hero, no friends, no family, and no secret identity. Treated like a commodity at best and a weapon to point and shoot when the bad guys show up, Molly longs for a life outside of being Molly Danger. Her every action dictated by the stern Commander Lauren Holder, a woman overwhelmed by the responsibility laid at her feet years ago.

Sequestered when she’s not on mission in the only home she’s ever known, a museum that bears her name and monitored by the very people who are supposed to help her, she’s like a child star with hundreds of overbearing stage moms. Protecting a city that depends on her presence to maintain their tourism business, Molly always feeling alone in a crowded room so to speak.

Her life changes when she meets Austin Briggs, a police helicopter pilot and by extension his family, his new wife Monica and his stepson Brian. While Brian is a huge fan of Molly Danger, his relationship with Austin is less than stellar. 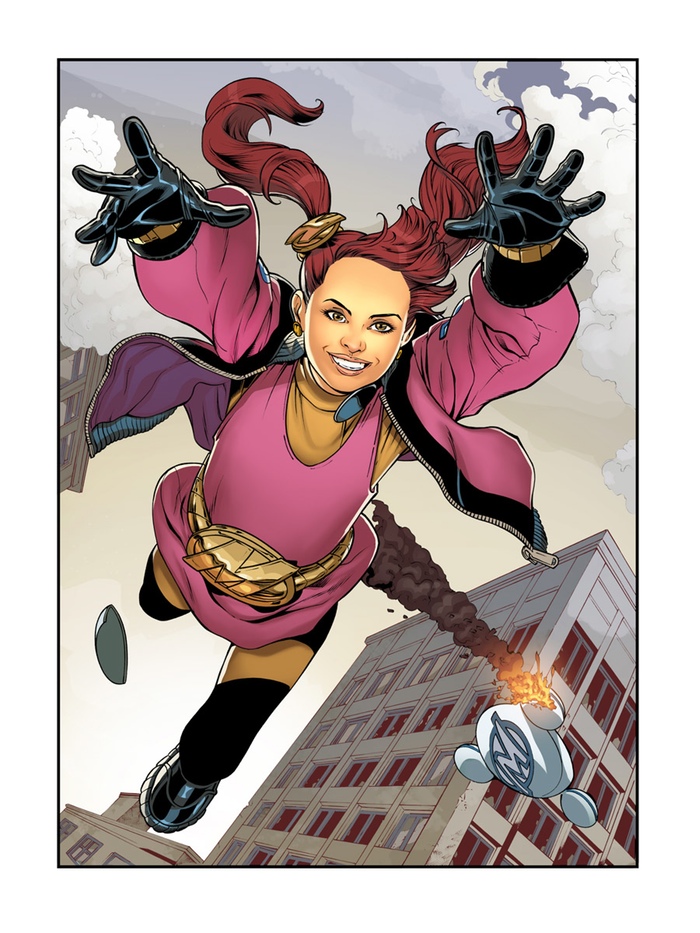 When Molly originally started taking shape; it was very much a “mercenary effort”. She took life as an animated series pitch at a time when shows like Kim Possible, Atomic Betty, and The Life and Times of Juniper Lee were either on the air or ending their runs.

I was, at the time a disillusioned 30 year old, single man who had spent a somewhat unsuccessful year and a half living in Los Angeles. I had just returned to the East Coast and was trying to pick up the pieces of my life at the time, such as they were. I don’t want to create the illusion that I was in dire straits, far from it. I was surrounded by family and friends who loved and supported me. I’ll admit that I’ve always been lucky in that regard. No, this was more about my failed attempt to transition from professional artist into a professional writer. I had unrealistically assumed it would be easy, or simple for me to do. I supported myself by working in comics and animation, while polishing up a screenplay that only a few people have seen. To this day, it’s gone unused and unpitched. The endeavor left me spent, frankly, so when I started trying to get Molly Danger off the ground I can look back now and with all honesty admit that I didn’t recognize my dream when I saw it. It took me nearly a decade to realize that Molly Danger has become my dream.

Over the years, I’ve had the fortune to build a long and extensive career in comics, film and animation. I’ve been blessed to have worked with and learned from talented writers like Sterling Gates, Alex Simmons, James Robinson, Jay Faerber, Mark Waid, Greg Rucka, Keith Giffen, Fred Van Lente and so many others. I’ve had the opportunity to work on books featuring characters who, while on the surface seem simple in their execution but in the right hands became nuanced and complex.

I also became a husband and a father, I had the opportunity to meet and talk to fans of all genders and orientations. I learned that there was a longing for stories of a more complex nature, but accessible to younger readers with out alienating older ones.

These are the elements I wanted to bring to my dream.

Molly Danger has become something so personal over the years that I scarcely have the words to convey it at times. As I wrote and drew Molly Danger: Book One, what could have been a simple adventure story for kids evolved into something deeper for me. A few people were expecting it to be more along the lines of a cartoon adaptation like Marvel adventures or Tiny Titans. Believe me, I got the emails. I got more into the idea of exploring the idea of forming a family around these characters. Each of my leads became an aspect of me at different points of my life. Molly, being the lonely child I felt I was after my father left our family. Austin, the brave daredevil who tries to balance responsibility with a bit of arrested development I became in my 20’s, Brian representing the fan in me, and Holder; the parent that I have become.

Molly’s look had also changed over the years, slowly morphing from a generic young girl into suspiciously resembling my own daughter, for whom this character and this series is dedicated to. If you ask me what drives me to do this project in this manner, it’s for her.

However that’s evened to simplistic a reason, although it would be very easy for me to just leave it there. No, Molly Danger is a love letter for me. It’s my love letter to comics, to comics’ fans, to my wife, to my daughter, to my nieces and nephews. It’s a gift I’d like to leave behind to everyone who enjoys comics.

I’m currently running a Kickstarter to fund the second volume of the series, along with an audiobook companion. The Book and its full cast audio version are designed to be accessible to fans of all types. I’m working with the Audiocomics Company, who produced the first audiobook, with the idea being that we produce both versions concurrently and have them ready for the fans at the same time. The only way to do this properly is to try and get funding once again through Kickstarter.com

For those of you who may not be as familiar with the concept of Kickstarter, it gives creators an opportunity to bring their ideas to the public and fund them through pledges. Molly Danger Book one was also funded through the generous donations of Kickstarter backers. If you have a moment, please check out the campaign. If you can pledge, it’s appreciated. If you can’t support the project financially, I would be thrilled if you could share the campaign with your friends and contacts.

I continue to be humbled by the generosity of the comics’ community and I thank you in advance for the opportunity to pursue my dream.