DGA Touts TV’s Most Inclusive Season, But Do They Even Understand What Counts as Inclusion? 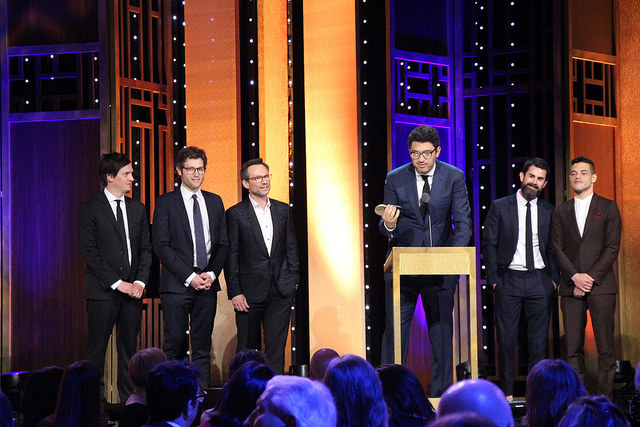 The best thing about the current “Golden Age of Television” is that there’s so much of it. Sure, to us fans and consumers of content, it can seem a bit overwhelming, but every new TV show or limited series provides hundreds of jobs to hundreds of working professionals, many of them women, men of color, or members of other marginalized groups who are typically underemployed.

As reported by IndieWire, the Directors Guild of America released a study today of the 2016-2017 television season. There were 4,482 episodes of television produced under DGA contracts this year, which is a 10% increase from last season. More TV being produced? More employment slots to fill, and more opportunities for inclusion.

Now here’s the important bit for those who would criticize efforts toward inclusion as coming at the expense of cis, straight, white men: there was still an increase for white men in this field, and they’re still ahead:

All of this is great progress, but there was something that concerned me when looking more closely at the findings. The IndieWire piece points out a curious error in the DGA study data as they break down how to look at this information.

They bring up the fact that these numbers are based exclusively on shows under DGA contracts, which means that when you see Black Mirror, a British/U.S. co-production, is listed as having 100% female representation, that’s for the one episode that was under a DGA contract, “Archangel,” which was directed by Jodie Foster. So 100% of their DGA episodes were directed by women. All one of them. Fine.

But then, when talking about the trend of a single director helming an entire season of a TV show, they say:

“It’s why Mr. Robot (directed by Sam Esmail) and Twin Peaks (David Lynch) show zero percent minority inclusion behind the camera, while the upcoming She’s Gotta Have It (directed by Spike Lee) hits 100 percent — and all those shows technically have no women working as directors.”

This points to an issue larger than the DGA when talking about things like inclusion. A big part of the problem with regard to “diversity” in the industry is that the white men in positions of power are thinking about it in terms of what looks “diverse” to them, which colors (no pun intended) the information they’re providing to the rest of us about what diversity is or isn’t in the industry, and reveals the subtle racism and bigotry that comes along with that. They have no concept of the racial and ethnic make-ups of these non-white groups and have no idea how to count them.

That’s not even taking the full spectrum of gender into account. It breaks down “women” and “men,” but doesn’t make a distinction for trans women and trans men, which are very much marginalized groups that should be counted for the purposes of inclusion efforts.

For example, I know that Silas Howard, an out trans man, has directed on Amazon’s Transparent. And yet he doesn’t seem to be counted under male minorities. I’m not sure they even considered things like the LGBTQIA community or those who are disabled, focusing exclusively on gender and race.

If they can look at Sam Esmail and Silas Howard and think “white cis guy,” what else are they missing? And how does that myopic view of “minorities” affect other decisions they make with regard to crew, writers, casting?

Part of addressing the issue of inclusion is really looking at what decision-makers think of when they think of “minority groups.” From the looks of this study, it seems like there’s still a long way to go before the DGA even figures out the full scope of what actually defines “marginalized groups,” let alone is able to really do something about ensuring opportunities for them.