The Dark Side of Geekification | The Mary Sue

The Dark Side of Geekification 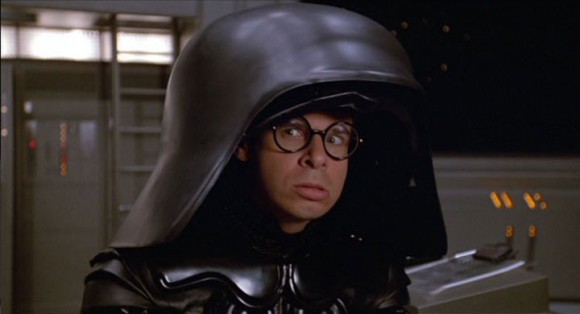 Geeks are enjoying a massive cultural renaissance right now, something we should all be rejoicing in. It’s not every decade you get to enjoy all your favorite scifi/fantasy novels made into movies, see geeks at the center of popular television shows, find a game/comic book/anime convention near you almost every weekend of the year, or overhear conversations about stuff you love on the subway, in a restaurant, just about everywhere. It’s a freaking smorgasbord!

It’s also a cultural moment that Patton Oswalt infamously declared should die, and quickly. His geek culture death knell sent the internet into paroxysms, as they raised their pitchforks against old man Oswalt, that geek Grinch who hates the kids. Many argued that cultural assimilation is a part of the natural cycle of popular culture — yesterday’s punk rock is today’s mall rock. And just because geek culture is everywhere doesn’t mean it’s any less brilliant, right?

But let’s face it, what Oswalt was asking is not for geek culture to die but to stop changing. Geek culture and popular culture are a bit like the two colliding universes of Fringe — they’re inextricably linked, and trying to disentangle them just leads to heartbreak, and potentially the implosion of the Universe.

The result is a serious crisis of geek identity. Geeks are more visible in popular culture than ever before. What used to be the secret shame of being a geek is now all mixed up with ideals of success, popularity, and even sexual attractiveness.

Now we’re being told that being geeky IS sexy. Every time I visit a geek/tech/nerd site, I’m bombarded with headlines about hot gamer chicks and interviews with sexy geek girls about their favorite super heroes. And while I should probably be excited that popular culture has deemed geeky the new sexy, I can’t help but feel that somehow, it’s the other way around.

The image of the sexy librarian or supermodel wearing a lab coat has taken on a life of its own. With the rising status of geek culture, that object of male fantasy — the woman who is both sexy AND smart — also grows in cultural status. She’s the real-life version of Wonder Woman, Lois Lane, or April O’Neil. She’s gorgeous and good at everything, from math and science to video games and computer programming.

And now, she’s not just a supermodel who pretends to be geek on TV. She’s a supermodel who is also a geek in real life. She’s the sexy actress who plays a super hero in the movies because she loves comic books. She’s the scantily-clad cosplayer who goes to cons and parties with the boys. She’s a competitive gamer who kicks ass at HALO while wearing high-heeled shoes. She’s a programmer who loves shopping. She’s a delightful marriage of stereotypes, a transporter malfunction between Carrie Bradshaw and Wonder Woman.

The geekification of culture has elevated the status of the female geek, but it’s also imported new, unrealistic expectations of female geekdom. Now, we not only have to be smart, but also sexy.

Maybe I’m having my own Patton Oswalt moment here. I worked long and hard to come to terms with the fact that I’m not a girly-girl, I don’t have any interest in haute couture and hair, high-heels make my feet hurt, and I’m terrified of shopping. My perfect weekend involves marathon watching reruns of Star Trek and Doctor Who. I like shoes, but only if they make me feel like an interplanetary explorer/Time Lord (it’s a tall order, I know). Those same activities that forever marked me a loser as a teenager are now things I can enjoy with unmitigated exuberance. As an adult, I finally feel comfortable in my skin, feel accepted for being the geek that I am, and thrilled that I can indulge in all my geek tendencies without fear of social repercussions. It’s a fantastic feeling, and I don’t want it to go away.

But suddenly, new anxieties are creeping into my happy world of female geekdom. Am I pretty enough to be a geek girl? Do I know enough about video games to keep up? What if somebody finds out that I’ve only watched three episodes of Star Trek:TOS, and that I fell asleep during at least one of them?

The pressures that plague women in society in general have finally caught up with the world of geek culture. It’s a brave new world that’s ours for the taking, but it’s also a world that’s so historically been dominated by men that we’re still catering to ideals they invented. Geek culture may reign supreme for now, but at what price?

I’m keeping an eye on the geekification of culture, hopeful that it will give way to something truly amazing. But I can’t help but wonder what new pressures the next generation of female geeks will grow up with.

Cindy Au runs things and writes things, and you can see more of her at her Tumblr.