The Flash’s Cisco Deserves So Much Better

A tale of two Ciscos. 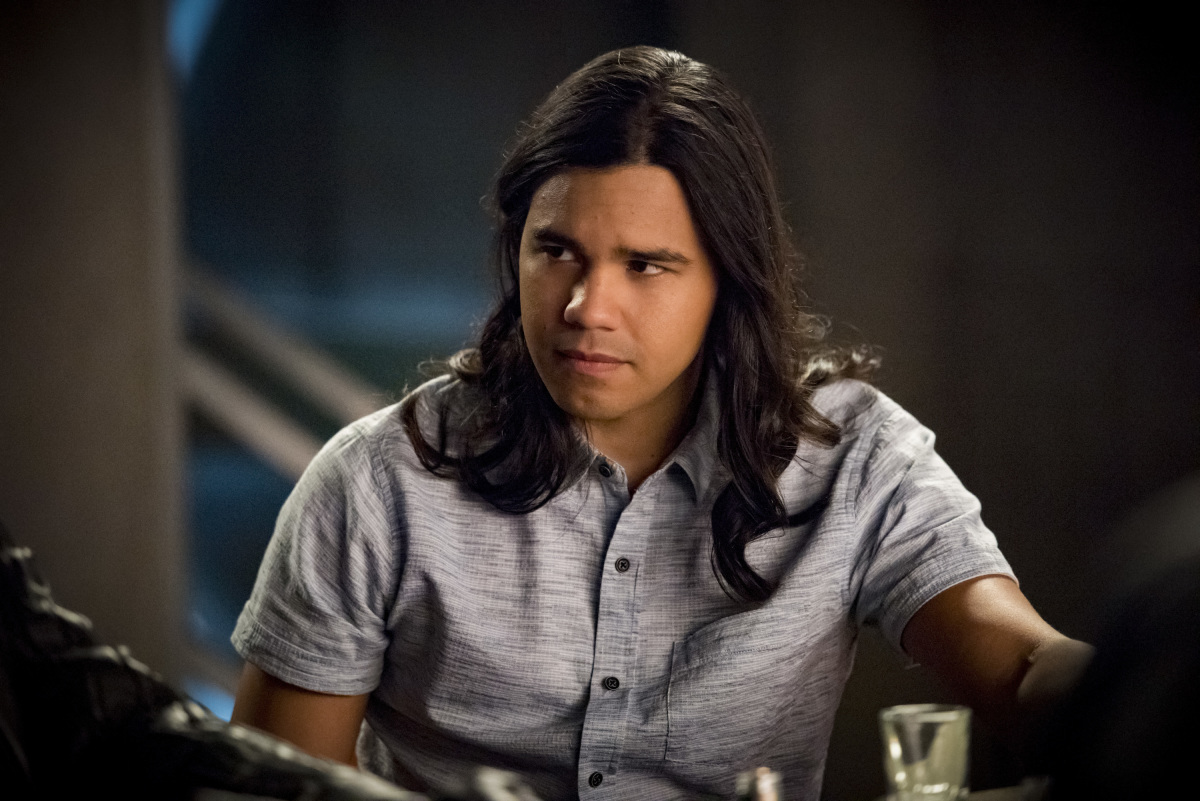 Over the course of the 6-season run of The CW’s The Flash, we, as an audience, have gotten to grow and change alongside its central cast of characters. Much like its sister show Arrow, The Flash has taken a core group of heroes and made them integral parts of the show’s narratives. Although it may be a superhero show primarily, some of the best episodes of The Flash have been the ones that centered around the thoughts and feelings of its characters.

However, as the show has progressed, it’s become clear that not all characters are created equal, and Cisco (Carlos Valdes) in particular has missed out. While viewers are almost certainly getting to watch Barry go on an emotional journey each week (he is the protagonist, after all), some of the other main characters tend to fall by the wayside.

In the early seasons of The Flash, it was most often Candice Patton’s Iris West, Barry’s adoptive sister/love interest (which is a whole different can of worms). However, The Flash’s writers seemed to have picked up on the fan outcry for a more well-developed Iris, and over the course of recent seasons, she’s taken a much more active role in not just the melodramatic plots, but the action-centric ones, as well, by helping run mission control from the Cortex.

Caitlin Snow also suffered from a similar problem in the early seasons, mostly existing to provide medical jargon when necessary and cry over the loss of her fiancé, but just like Iris, she has been given a more concrete character and a much more significant presence in the show as a whole. With the addition of Killer Frost, Caitlin is no longer a one-note sidekick, but a multifaceted hero in her own right.

However, there is one character on The Flash who has developed in the opposite direction. While Caitlin, Iris, Joe, and even Ralph have been steadily becoming more ingrained in the fabric of the show, it seems that The Flash writers just don’t know what to do with Cisco anymore.

From his very first appearance in the pilot, it’s been easy to love Cisco Ramon. He’s extraordinarily talented and capable, but he also has a very genuine heart, a warm spirit, and delivered the majority of season one’s funniest lines. Yet, what made Cisco great was that he was so much more than comic relief. He contributed to the team with his engineering prowess, but also acted as the heart of Team Flash, often becoming an audience surrogate for when you wanted to scream at the TV screen that Barry was making the wrong choice.

That’s why it’s so disheartening to see the direction that more recent seasons of The Flash have taken him. As opposed to giving him a more active role in the story, like Caitlin and Iris, recent storylines have greatly minimized his role—robbing him of his powers on more than one occasion. Cisco’s missing powers wouldn’t be a frustrating storyline if it were to take his character in a new and interesting direction, but like most things that have been done with him, it feels like every plot development just makes him less interesting and less important to the story.

If you think I’m exaggerating, let’s take a look back at Cisco’s history. During the early seasons, it was an enjoyable running gag that supervillains (most commonly the Snart family) liked taking Cisco hostage. Although it did take Cisco’s character to a darker place every once in a while (like when Captain Cold threatened his brother, Dante), the conflict was always resolved, and Cisco grew as a person because of it—learning, but becoming no less fun than the Cisco we know and love. However, this pattern of torturing Cisco seems to have become a frequent story beat, losing that element of ending in a positive or meaningful fashion along the way.

As a result of Barry changing the timeline, we find out early in season three that Cisco’s brother was killed in an accident, and when Barry returns to the present, Cisco is a despondent shell of his former self. However, instead of having either character grow from the experience, this idea is quickly dropped, and we’re just left with a Cisco who isn’t nearly as positive or humorous as the one we knew in seasons one and two.

Later in the same season, Barry visits the future to find a disheveled and depressed Cisco who has lost his powers. It’s presented as a bleak and unsavory future that Barry must stop, but flash forward to a season later, and Cisco loses his powers (again) at the hands of Cicada. What’s sadly ironic is that when Cisco first met Barry, he was over the Moon about the possibility of developing superpowers of his own. However, when he finally does get them, his storylines are filled with self-loathing, injury, and a loss of powers that he doesn’t even want.

Ever since season three, it feels as if The Flash just doesn’t want to let Cisco be happy, which is a shame, because that’s when the character is at his best. The audience fell in love with an enthusiastic, dorky genius who wore graphic t-shirts with puns on them and was living his dream, not a self-hating supporting character whose skills are easily interchangeable with any number of other geniuses that have been introduced over the course of the show.

What’s most bizarre, however, is that the show doesn’t seem to benefit from consistently torturing Cisco this way. When you sideline your many source of heart and comedy, it makes the entire show feel less warm and relatable, even when characters like Ralph are brought in to fill in the large, Cisco-shaped hole at the show’s center. Amid rumors of Carlos Valdes leaving The Flash for good, this season seems to have promised more Cisco-centric episodes, but I can’t help but dread them if it’s going to be more of the same.

While it’s unlikely that I’ll ever give up on the show, The Flash just won’t feel the same without having a fully-powered and self-assured Cisco on its roster.