Why The CW’s Batwoman Casting Raised Concerns About Jewish Representation 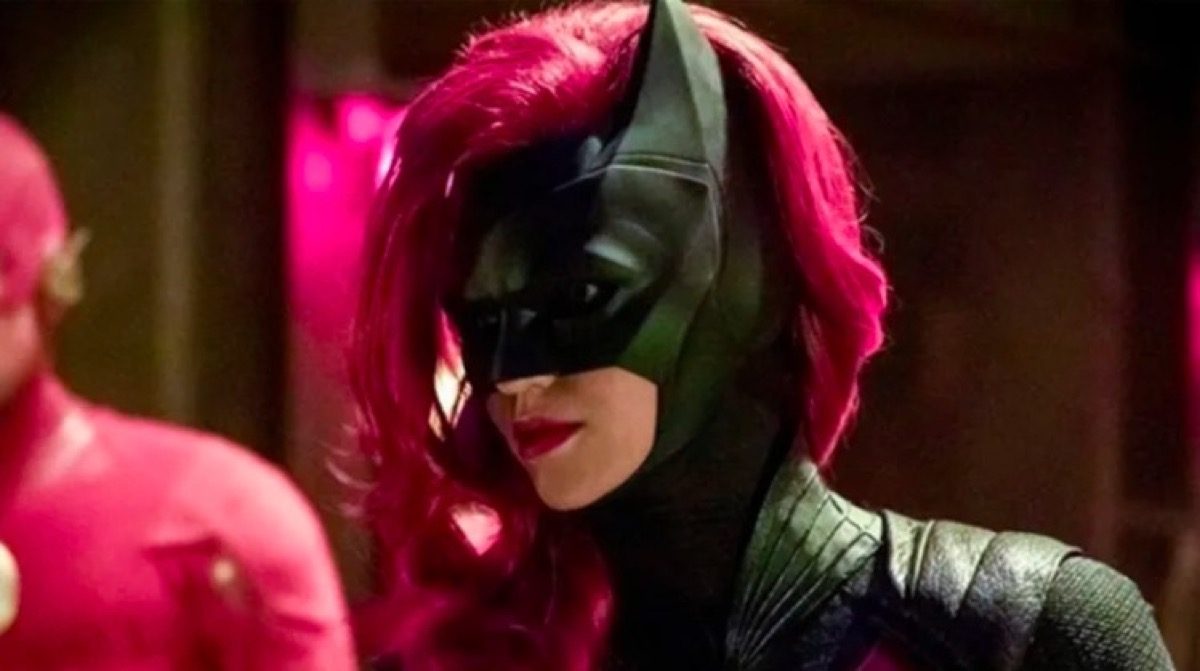 Recently, The CW announced the premiere of a new upcoming superhero series, featuring one of DC’s most high-profile LGBTQ+ superheroes, Batwoman. According to the network’s official description, “Armed with a passion for social justice and a flair for speaking her mind, Kate Kane soars onto the streets of Gotham as Batwoman, an out lesbian and highly trained street fighter primed to snuff out the failing city’s criminal resurgence. But don’t call her a hero yet. In a city desperate for a savior, Kate must overcome her own demons before embracing the call to be Gotham’s symbol of hope.”

So naturally, when The CW first announced they were casting for the iconic red and black crusader, like so many other fans, I was waiting to see who would fill the role with bated breath.

However, when it was announced that Ruby Rose (Orange Is the New Black) was cast as the titular character, Kate Kane (a.k.a. Batwoman), the news was received with mixed reviews for various reasons, one of them being that Rose is not of Jewish descent, while the comic book character is.

Why the controversy? First of all, thanks to the Jewish diaspora and religious conversation, there is no one set “Jewish” aesthetic (despite the widespread and often tedious statement “You don’t look Jewish”). However, Jewish identity is also an ethno-religious identity that carries certain cultural significance in which ethnicity, nationhood, and religion are often interrelated.

Many people have argued that Ruby Rose is an appropriate choice for the role, as she is an openly queer actress cast to play an openly queer character. While this is indeed highly significant for the LGBTQ+ community, especially since straight actors are often cast and win awards for playing queer characters (which is another complicated matter altogether), others have asked why not an openly queer and Jewish actress. As social media has pointed out, there are a number of actresses who fit both points, including Evan Rachel Wood, Zoë Kravitz, Gaby Dunn, Olivia Thirlby, Abbi Jacobson, and Bex Taylor-Klaus, an actor who explicitly expressed interest in the role in the past. 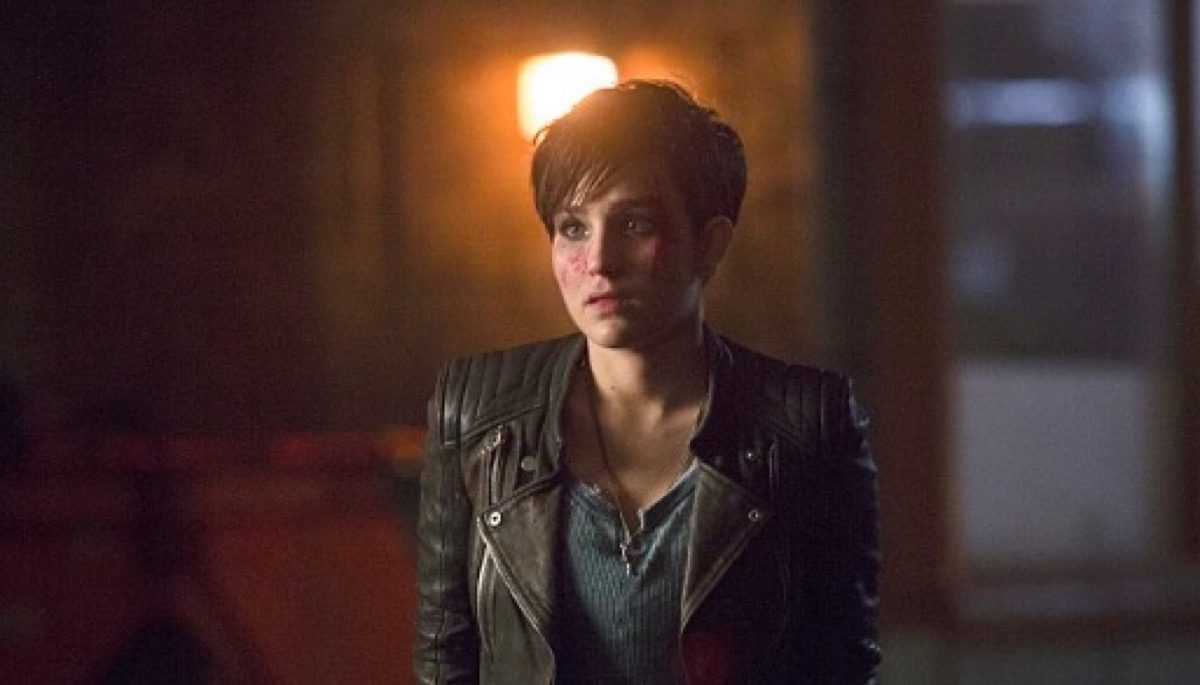 Bex Taylor-Klaus as Sin on The CW’s Arrow. (image: The CW)

Furthermore, this raises the question of why not just this one, but so many other prominent Jewish roles seem to be given to non-Jewish performers. One example can be found in the biopic drama On the Basis of Sex, in the casting of Felicity Jones in the lead role, U.S. Supreme Court Justice Ruth Bader Ginsburg. One prominent criticism following this casting decision is that Jones, talented as she may be in other roles, does not share the same physical features as the Supreme Court Justice, who bears noticeable, identifiably Ashkenazi Jewish features, indicting erasure of Jewish phenotypes.

In addition, various Jewish performers also reflected on problematic issues concerning Jewish representation in media, including Sarah Silverman. In an interview with Hollywood Reporter, the Jewish comic stated that, although many Jewish people have powerful positions in Hollywood, their storylines are often sidelined in favor of more goyish (non-Jewish) characters, and “they don’t want to see us reflected in art, unless we’re the sassy friend that gives exposition to the main character.”

She also brought up the question of underlying bias, as well as the question of possible anti-Semitic bias against performers with visibly “Jewish” features or names, asking, “If Winona Ryder had stayed Winona Horowitz, would she have starred in The Age of Innocence?”

Moreover, Batwoman, as portrayed in the comics, is a highly visible Jewish character. From her costume (the colors based on Kabbalistic symbolism) to celebrating Jewish holidays—as seen in DC Infinite Holiday Special (2006)—to various arcs (particularly Marguerite Bennett’s DC Bombshells) in which she openly discusses being both queer and Jewish, Batwoman’s Jewishness is an essential part of her identity and her character. To erase that would be to erase Kate Kane and the importance of her character to so many who relate to her. 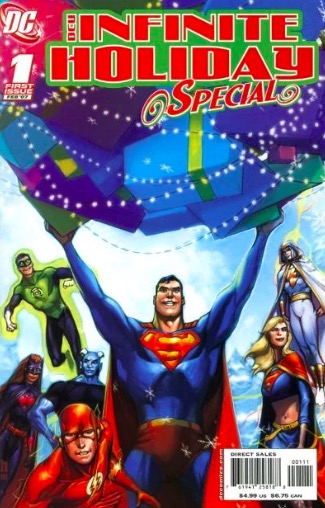 Aside from William Kaplan (otherwise known as Wiccan/Demiurge of Marvel’s Young Avengers), it would probably be a bit of a strain to name any other openly LGBTQ+ superheroes who also happen to be Jewish. Furthermore, as a Jewish and queer woman myself, Batwoman remains one of the only mainstream comic book characters to share this intersectional identity of mine, and for many other people, as well.

Chelsea Rothman, creator of the hashtag #KeepKateJewish, which emerged on social media after the casting announcement, had discussed the significance of Kate Kane in relating to and accepting their own identity: “For me, finding Batwoman and knowing Jewish lesbians exist literally changed my life. I’m more comfortable with my identities than I ever was before, and I’m proud to be Jewish.”

For so many people in the LGBTQ+ community, religion is often a tenuous issue. For many queer people who have faced rejection from religious households and/or discrimination from those who chose to ignore the idea of “Separation of Church and State” and use “religion” as a means of propelling campaigns of intolerance, there is often immediate repulsion caused by anything having to do with religion. However, for characters like Batwoman, to be out and proud, both as Jewish and as a lesbian, shows that spirituality and sexuality can coexist together beautifully.

In terms of The CW’s decision to cast Ruby Rose, let me say this: In no way am I condoning the amount of social media harassment that Ruby Rose has received, nor am I denying the significance of an openly queer performer being cast for an openly queer character. Would I prefer that an openly queer and Jewish actress was cast for the role? Of course, but as of now, my hope for the show is that the producers and writers will take note of what people like Chelsea Rothman and myself are saying about the need for intersectional representation, and reach out to the queer Jewish community in terms how to positively and accurately portray us, and also importantly, what to avoid.

The CW has had some problematic elements in the past when it comes to Jewish characters, including placing a Jewish character in a gas chamber or having one killed by Nazis. Also, mentioning Hanukkah is not the only way you can portray a character as Jewish (looking at you, Felicity Smoak). Hanukkah isn’t the only Jewish holiday (we have many) or even the most important (think Rosh Hashanah and Yom Kippur).

It should come as no surprise that fiction is often considered a reflection of our society, its characters mirrors of our own nuances, complexities, and interests—or, at least, they should be. On the screen, both big and small, we hope to see likenesses of ourselves, hoping to see our skin color, our sexuality, our faith, and other elements of our identity reflected in storylines that ring true and accurate to ourselves, and religion is a part of that, too. When it comes to storylines featuring Jewish characters or any minority figures, we need to understand the significance of positive portrayal within the general community, as well deeply consider who is cast for certain roles and who writes the scripts for these characters, as well.