The Cursed History of The Crow | The Mary Sue

The Cursed History of The Crow 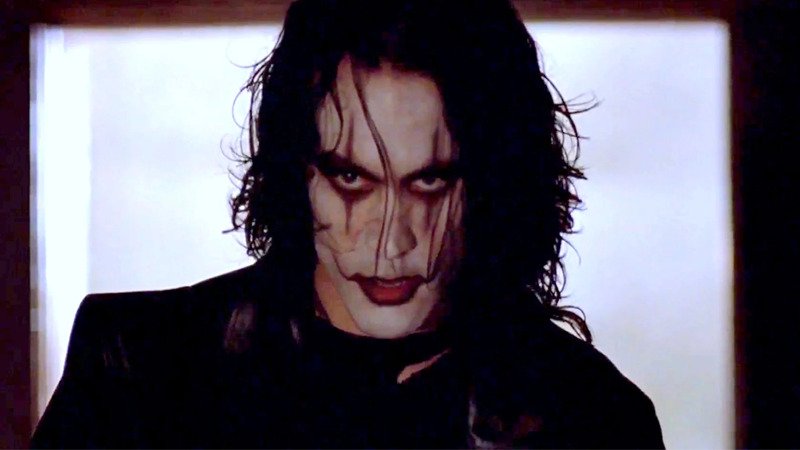 It’s October, so that means we have a reason to celebrate some of the best in Halloween-set films and gothic delights. And there’s no film that fits that bill better than the 1994 cult icon, The Crow. The original film was born in tragedy and released in the shadow of the on-set death of its star, Brandon Lee. But for 25 years since, Hollywood has attempted to keep the property alive – and failed at every turn.

The Crow began life as a comic in 1989 by James O’Barr. The story of a musician who rises from the dead to avenge his murder and the murder of his fiancee was inspired by O’Barr’s own tragic loss of his fiancee to a drunk driver. It was O’Barr’s way of coping with that loss. O’Barr told the Baltimore Sun in 1994:

I tried all the typical angst-ridden outlets, like substance abuse and going to clubs or parties every night and just basically trying to keep yourself numb for as long a period of time as possible…Eventually I was smart enough to realize that that was a dead end, and so I thought perhaps putting something down on paper I could exorcise some of that anger.

The comic was dark, violent and visually striking, all adjectives that can be applied tot he 1994 film, directed by Alex Proyas. It was a complicated, tough production but the producers knew it was something special as well. The film was the big break for Brandon Lee, son of the legendary Bruce Lee and his performance in it is a star-making turn. But Lee was tragically killed when a prop gun used on set was fired at him on set with a blank charge and a fragment of bullet stuck in the chamber. The death of Lee looms large over legacy of The Crow,  a story of man who defies death because of love, and is all the more tragic given that he, like his character, Lee was engaged at the time. The Crow in comic form

Every frame of the The Crow is great. It’s a wet, dark, violent, punk, noir, gothic masterpiece. It opened at number one, and thanks to the infamy associated with it, as well as the fact it’s a great film and has a legendarily amazing soundtrack, it was a bona fide hit. The story of The Crow is by its nature finite, it’s about a man who gets a one time chance to avenge his own murder. But the concept – that a crow can bring back the soul of a wrongly murdered person for vengeance – was the type of hook that 90s Hollywood wanted to exploit. This led to the 1996 sequel, The Crow: City of Angels.

If the original Crow is a triumph of atmosphere, music and myth, City of Angels in an abject failure of aesthetic over plot and impact. Starring Vincent Perez and Mia Kirshner as the grown up Sara from the first film, the movie is a disaster. It was directed by Tim Pope, a music video director and brought in elements of dia de los muertos to contrast the devil’s night touchstones of the first film. While the The Crow was so dark it was nearly black and white, City of Angels is so yellow and sickly it looks like a cat peed on the negative. Even a suprmemly weird turn by Iggy Pop himself can’t save this mishmosh of a film that barely makes sense.

The Crow: City of Angels was not a hit, but it wasn’t close to the end of The Crow brand, which was owned by producer Edward Pressman. If a new Crow wasn’t working for audiences – why not go back to Eric Draven, the hero of the comic and the first film, cast another martial artist in the role and make it into a syndicated television show a long the lines of Xena. Thus The Crow: Stairway to Heaven was born. And you might recognize the star. 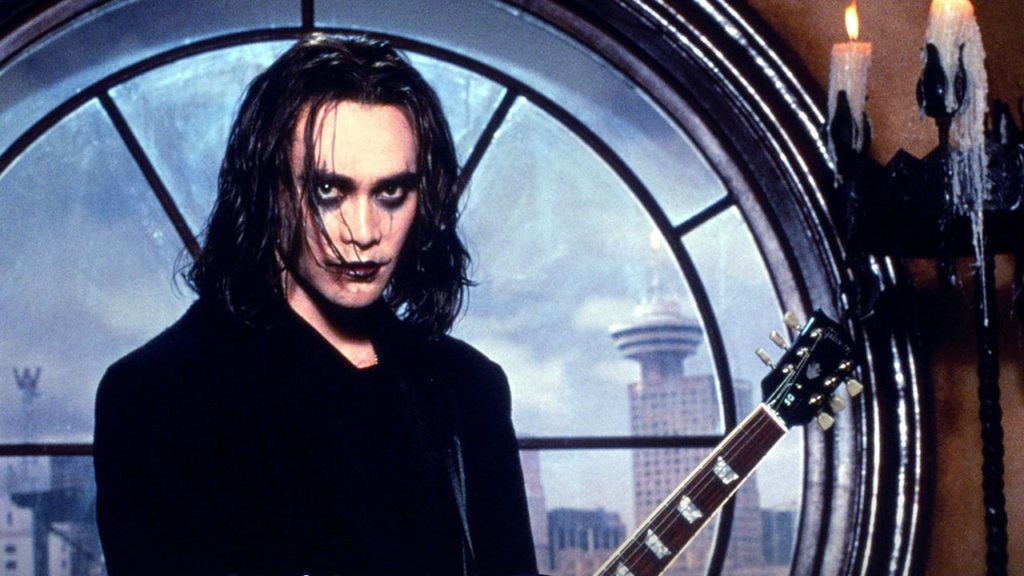 Yes, that’s Iron Chef American Chairman and John Wick 3 villain Marc Dacascos behind the greasepaint. Stairway to Heaven went with the tagline “It’s not about revenge, it’s about redemption” and followed Eric in a quest to do good work and free his soul – and the soul of his beloved. It wasn’t a bad show at all, but it only ran one season in syndication – which is a shame because I remember it ending on a terrible cliffhanger. 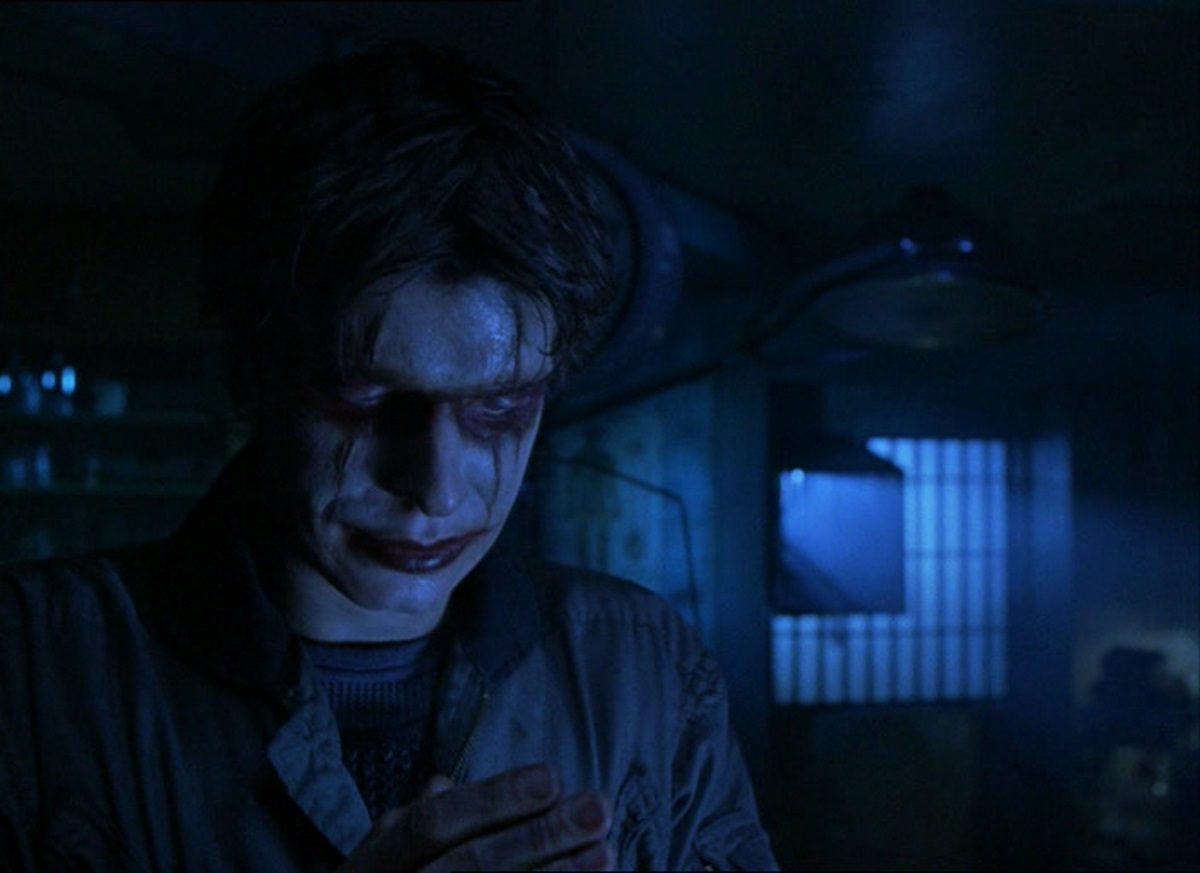 While Salvation was…fine, it didn’t come close to the impact of the original film. But that didn’t stop Edward Pressman from trying again with horrifying result: The Crow: Wicked Prayer is a movie you’ve probably never heard of even though it stars David Boreanaz, Dennis Hopper, Tara Reid and Edward Furlong. It was shat out in 2005 and it’s horrible and involves a plot to actually summon the devil. It’s a vehicle all it’s stars would rather forget and it effectively killed The Crow on screen.

But like it’s heroes, The Crow keeps attempting resurrection, but it hasn’t found any traction for over a decade. Ownership of the rights, studio and producer bankruptcies and more have complicated things, but everything should be worked out now…and yet no movie is getting made.

Rumors of a Crow reboot are practically an annual tradition in Hollywood and the various names attached read like a who’s who of next big things. In 2008 it announced that Bradley Cooper who would to headline a “reinvention” of the franchise. That gestated until 2011 and Cooper’s exit. Director  Francisco Javier Gutiérrez came onto the project, but the legal problems started then as well. We had Tom Hiddleston in talk, then Alexander Skarsgard. Luke Evans was in and then Jack Huston as in and out.

After Sony picked up the reboot in 2017, which was to be called The Crow Reborn and serve as a more faithful adaptation. Things seemed to finally be taking off when Jason Mamoa was tapped to take on the title role, but he dropped out last may, and so did Corin Hardy, the third director on the project.

So, will we ever see a new Crow on screens? History seems to point to no, and honestly…that’s fine. The Crow is a great movie, but it’s a movie born of a very specific time and tragic circumstances. It’s not the kind of thing that can’t be replicated – look how badly the attempts to do so failed when they tried. We should probably just let the dead rest and appreciate the memory, but that’s not what Hollywood does. Maybe one day we’ll get a good, new adaptation of the story, but for now, the original is on Netflix and it’s the perfect time of year to rewatch.