Amazing Story Of Titanic Survivor, The Countess of Rothes | The Mary Sue

The Amazing Story Of Titanic Survivor, The Countess of Rothes 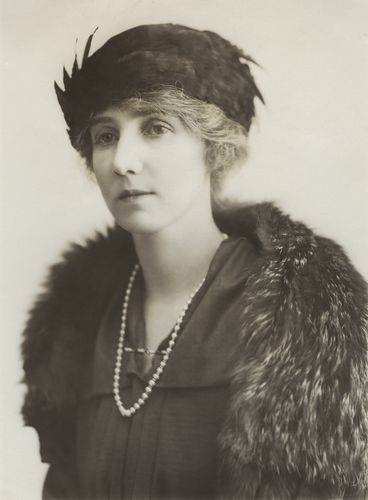 The 1ooth anniversary of the RMS Titanic sinking is coming up this Sunday. The stories that come out of the disaster are probably too numerous to count but there’s one in particular that caught our eye today. It’s the story of Lucy Noël Martha Leslie, The Countess of Rothes. She was one of the wealthiest passengers on the ship and author Elizabeth Kaye tells her story in the book Lifeboat No.8 (one of the first boats to leave the Titanic) in which she turns into an unlikely savior.

Leslie was married to Claud Macfie, the Earl of Rothes. She boarded the Titanic with her family with the intent of meeting up with her husband in America so he could start an orange grove. “She was accompanied by her maid, and three steamer trunks stocked with signifiers of privilege: custom-made beaded dresses, hand-stitched satin and lace lingerie, a gold and silver vanity set, a diamond belt buckle, tea hats with hand-dyed ostrich feathers,” writes Kaye. “At 1:10 a.m. on April 15, the Countess stood on the Titanic’s Boat Deck wearing a life belt, a full-length ermine coat, and an heirloom necklace configured from 300-year-old pearls. Capt. Edward Smith took her gloved hand, and guided her into Lifeboat No. 8, a wooden, white-painted craft measuring 30 feet long and nine feet wide.”

Like you’ve most likely heard (or seen in the film, Titanic), that lifeboat and many others were lowered into the water with far less passengers than they could easily support. Leslie’s boat had two sailors on board, one of them two sailors, Able Seaman Thomas Jones, who apparently, didn’t know how to row. So, Leslie took matters into her own hands.

“Would you care to have me take the tiller?” the Countess asked.

“As the other women in Lifeboat No. 8 took up oars, Maria Peñasco, a 22-year-old bride, screamed for her husband who, like most of the other men, had gallantly heeded the call “women and children first” and remained aboard the Titanic when she vanished into the ocean,” writes Kaye. “The Countess sat down beside Maria and held her. Poor woman, she thought her sobs are unspeakable in their sadness.”

But her story doesn’t end there. “In the early light, the Titanic’s survivors were picked up by the ocean liner Carpathia and, when safely onboard, the Countess managed her own bottomless sorrow by tending to the sick, making clothes for bereft children, and comforting the grieving,” writes Kay. “‘You have made yourself famous by rowing the boat,’ a steward told her. ‘I hope not,’ the Countess said, ‘I have done nothing.'”