The Cape Attempts to Replace Heroes Next Season on NBC, but Is that a Good Idea? 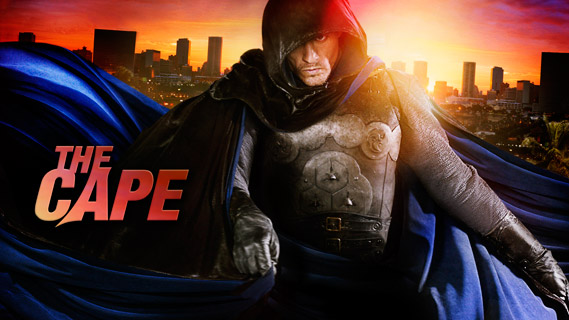 NBC is certainly not done with the superhero drama genre, but I’m forced to wonder just how long they can beat this horse. In a post- Dark Knight and Kick-Ass world where men in long underwear and capes can go toe-to-toe with dirty cops and criminals realistically, isn’t it time to bring some of that to the small screen? Enter: The Cape, a drama about a good cop in a bad city who must become the beloved hero of his young son when he’s framed for murder and assumed dead by both those he loved and those who betrayed him.

Note the presence of Keith David for that extra dash of camp. I will say, however, that the cape itself looks cool in a weird way. Thanks to Bleeding Cool, we have a sense of where this series will go:

This first episode sees our protagonist, Vince Faraday, honest cop with a family in a city beset by corruption, dealing with a political assassination threat from a mysterious figure known as Chess. Vince is also considering a move to a new private police operation that intends to take over the city’s police force operation. Naturally we discover that the private police force are just as corrupt, if more so, than the existing force. We’ve all seen Robocop, right? And of course, organised crime and political assassins all link in together, and the conspiracy ends up framing Vince for the very murders he’s been investigating.

So after a few more conspiratorial shenanigans, the world believes Vince is dead, as do his family and even those who betrayed him and hunted him down. So naturally Vince has to dress up in a costume and go out and enforce some one-on-one justice with fists and stuff, just like in his kid’s comic book.

Okay, it’s not quite that simple. And The Cape’s central conceit is quite a neat one. That Vince becomes a superhero, The Cape, whose secret identity is the villain he’s now been forced to become – and the villain’s secret identity is that he’s a heroic ex-cop. Vince is trapped in a world not of his choosing by circumstances out of his control, he is left trying to do the right thing under very difficult circumstances.

You get the picture, and frankly I’m just a tad confused and/or amused by the concept. It kind of screams B-movie of the week, what with Vinnie Jones and Martin Klebba running around. And given the recent cancellation of the once great Heroes, I’m not sure how this will be received by former fans and new viewers alike. Am I alone in this?