The Brilliance of the Pierce Women on Succession

Holly Hunter!? Cherry Jones?! A family, for me?! 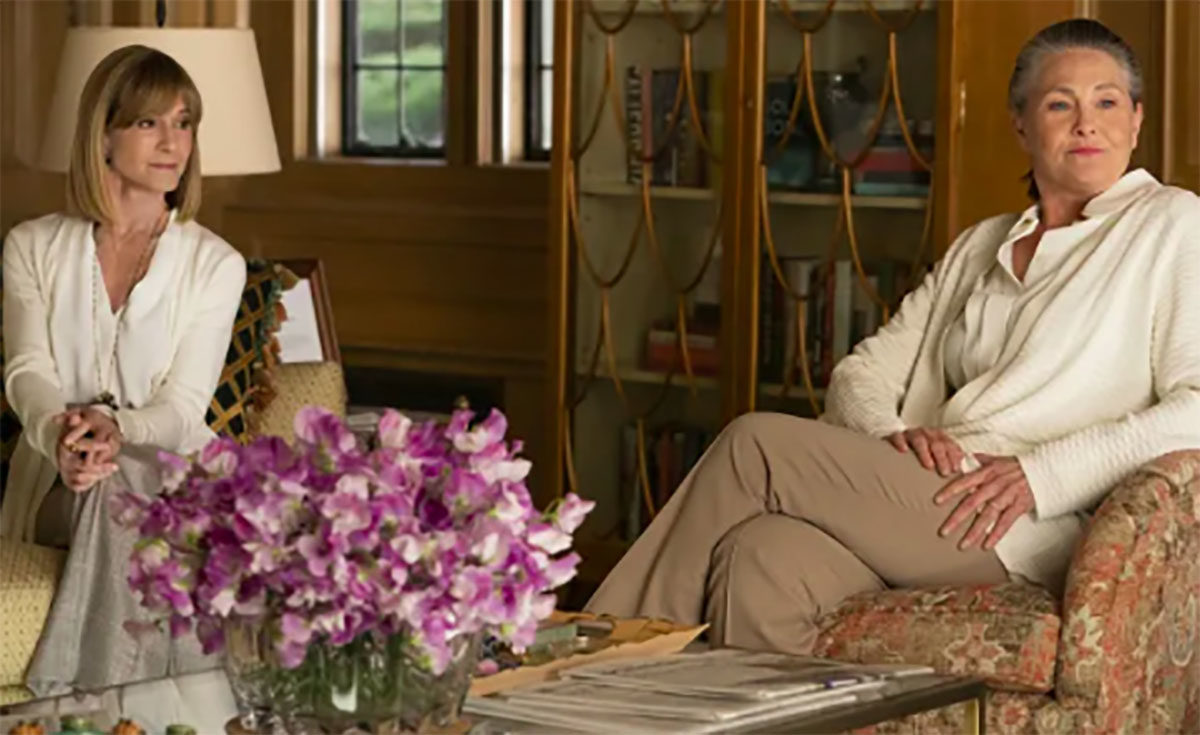 Succession is the kind of show that you probably would have thought you’d hate when you started it, and that’s not your fault; I’m just glad you’re here and were proven wrong.

It is a show that most of us (or maybe just me) watch while ignoring the business side of it to see what these characters are going to do next. TMS editor Kaila Hale-Stern calls Kendall Roy my “Trash boy,” and everything about this show keeps us on the edge of our seats to see what the Roy family will do for their own gain. That includes trying to buy out the Pierce family in the latest episode, “Tern Haven.”

The families meet at the Pierce family’s property, the Roys flying in, and everyone trying to be on their best behavior. That never goes well when the Roys are involved, but it does lead to Nan Pierce and Rhea Jarrell giving Logan Roy an offer that they know he’s going to refuse. (Or, at least, they know a woman will be in charge of their company either way.)

The Pierce women make a move in this most recent episode that is either a stance in feminist power or is rooted in Logan Roy’s sexism, but either way, it’s a power move that I appreciate. Logan Roy (Brian Cox) is the kind of man who calls his children names and will royally screw them over just to make himself superior to them. He’s done it to Kendall Roy (Jeremy Strong) more often than not, and now, he’s doing it to Shiv (Sarah Snook).

At the beginning of the season, he told her that she’d be the CEO of Waystar Royco, the family’s company. The only sibling not involved (other than Connor, who willingly doesn’t want to be involved), she’s finally being considered in the family, but then again … it’s Logan Roy.

So what’s so fascinating about this week’s episode is that Logan is given an offer by the Pierce family, another high powered media conglomerate, that would let Shiv be in charge. And, in true Logan Roy fashion, he says no to the deal. What’s interesting is that he thinks the money will lure them in, and if he wants, he can name Shiv on his own terms.

What I like about the Pierce women is that they’re not going to let Logan Roy exist in his sexist ways because Nan Pierce (Cherry Jones) and Rhea Jarrell (Holly Hunter) are not going to be walked over. (Honestly, what man thinks they can walk all over Cherry Jones and Holly Hunter?)

Is this power move selfish? Most likely, but it still shows that Succession has an ability to show the danger of other human beings without murder or sexual assault. They are willing to throw each other under the bus for their own success, and we very clearly love watching as they fall from their high towers.