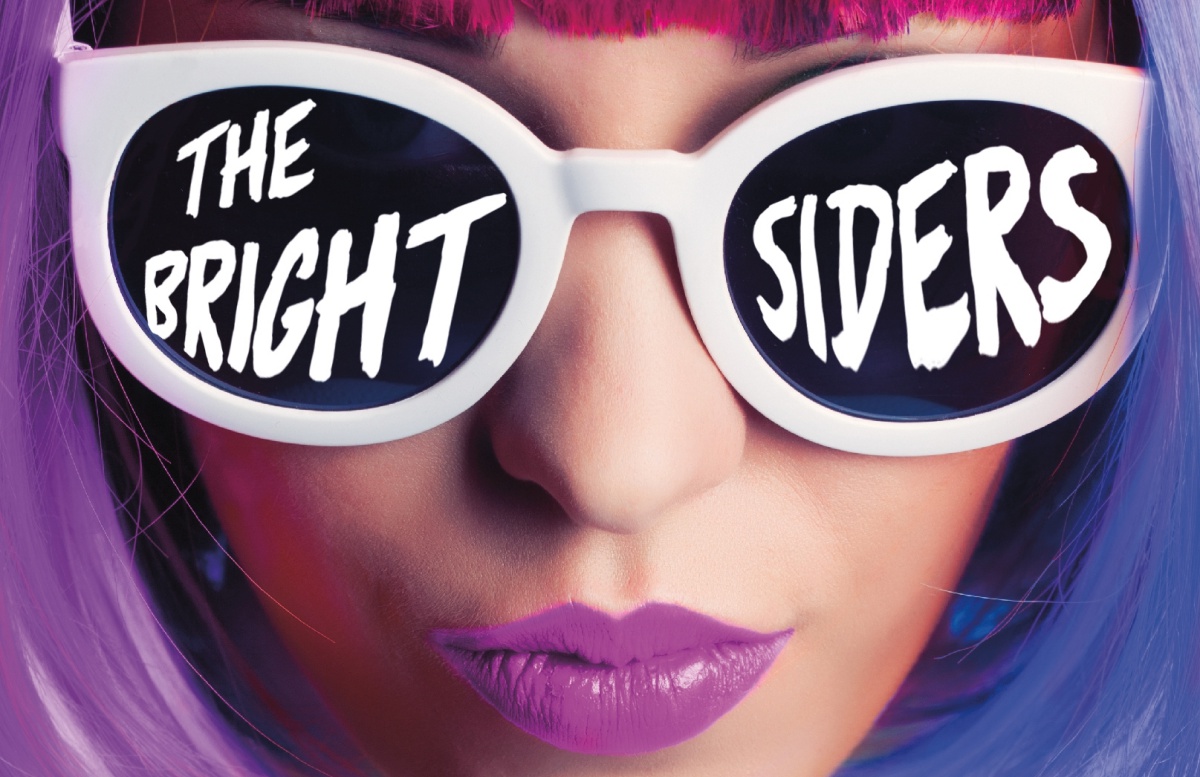 We are evolving in terms of what we expect from out LGBTQ content. No longer is coming out and first dates the only type of queer narrative that we need. Those of us who are already out the closet want stories that take in the wide berth of our experiences in this world. At Teresa put it in her article about LGBTQ stories in film, we are not a monolith and therefore there is a need for as many queer authors as possible tell their own stories.

For me, no other genre is doing this as well as young adult literature. YA has been pushing boundaries left and right in terms of diversity and LGBTQ representation. One of the books I read this month that blew me away with how unshakably queer it was is The Brightsiders by Jen Wilde. It was refreshing to see a story with so many different queer characters, all having their own stories being told, highlight the different experiences within the community. It is refreshing to not have to count how many non-straight characters there are in a book.

Even more so, as the story deals with a bisexual female drummer who is dealing with being labeled a “wild child” the book isn’t just about her being bisexual, but operating as a woman in the public eye and music. Wilde allows Emmy’s bisexuality to be a full part of her existence, without making it the only thing about her. If you are looking for a queer story that has some fun, rock-star wish-fulfillment along with a healthy dose of youthful angst, then look no further. 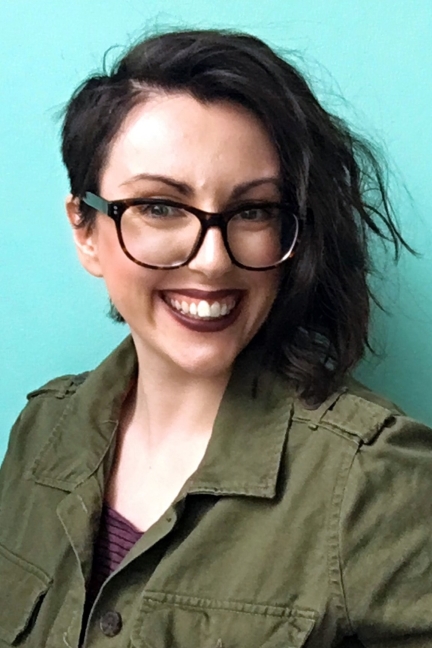 TMS: This is one of the first books I’ve ever seen that addresses the bisexual quota dilemma. The fear that if you date a man after a woman people will say you are not “really gay.” Now that more young people are coming out and embracing their sexuality, what are the new issues that queer literature need to address beyond coming out?

Wilde: I agree—the quota dilemma is a problem, and people need to realize that bisexuality means being interested in two or more genders. I was actually trying to push even further with THE BRIGHTSIDERS, in fact, Emmy doesn’t date a man after dating a woman – she dates Alfie, who is genderqueer, and although he uses he/him pronouns, he doesn’t identify as a man or a woman. So, Emmy’s concerns with being viewed as a ‘bad bisexual’ aren’t so much connected to the gender identity of who she’s dating, but that she’ll be called ‘greedy’ or slut-shamed for dating at all.

As for new issues for queer literature to address, ‘coming out’ stories will always be incredibly important and needed, and I want those stories to keep coming. But I’d love more queer stories that explore the intersections of gender, race and disability. I just want an abundance of queer stories that explore every facet of our lives, just like we have when it comes to the lives of straight people.

TMS: Two things I really enjoyed about this book, on top of all the other wonderful things, was that it broadened the idea of what abuse can look like. With Jessie and Emmy, we rarely see same-sex emotional abuse addressed and Emmy’s parents are so emotionally destructive in how they truly do not care about their daughter. It’s like you took the stereotype of the “cool parent” and showed us: “no, this is neglect.” How did you come up with those dynamics?

Wilde: A lot of it stemmed from my own experiences with toxic people and gaslighting behaviour. I think that kind of emotional abuse is, unfortunately, very common – not just in romantic relationships, but within families and friendships also. It’s something that can be so subtle and pervasive that oftentimes we don’t even notice it until someone points it out to us, like Chloe does with Emmy in the book. Frankly, if I had known more about gaslighting and emotional manipulation growing up, I would have recognised harmful relationships sooner and potentially saved myself a lot of hurt, so I think it’s important that we discuss it more openly as a society.

TMS: There are a lot of authors who stay away from “labels” in your work, but the characters in the book are comfortable saying: bisexual, genderqueer, etc. What do you think the importance of labels is in the LGBTA+ community? At least at a young age when you are still sort of figuring things out?

Wilde: I can only speak for myself here, but personally I’ve found labels to be incredibly liberating. They’ve helped me form my identity and learn more about who I am, and find others who share the same experiences and struggles. Not just as a queer person, but as a disabled person, too. That being said, it’s totally fine to reject labels altogether if that’s not what feels right for you. I don’t believe anyone has the right to police anyone else’s identities, and I want people – especially younger people – to know that it’s okay to feel like your labels evolve over time. The older we get, the more we know ourselves and sometimes what used to feel right doesn’t anymore, and that’s okay. 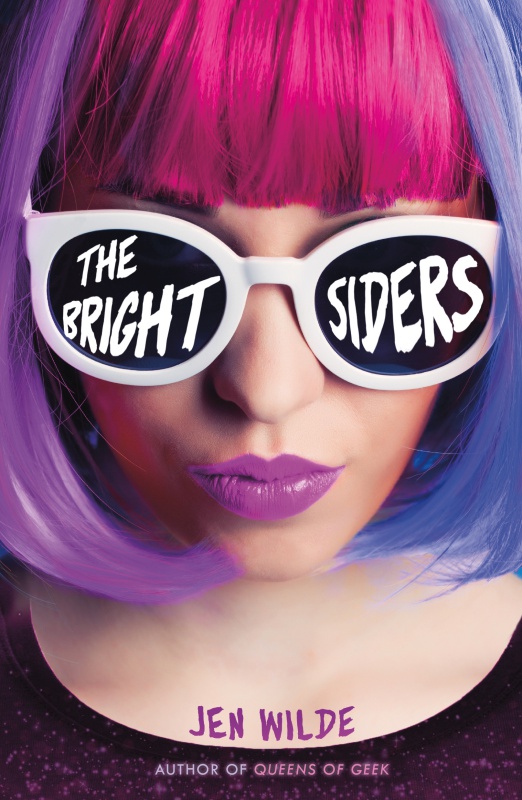 TMS: Your book doesn’t shy away from anything. It is probably one of the most intersectional things I’ve read this year. Do you develop characters first and then come up with a story for them, or does the story come first and then you slowly begin populating the world?

Wilde: The characters come first for me. I like to figure out who my main character is, what drives them and what scares them. I write short bios about their background, their hopes and dreams, what they look like and who their friends are. I do the same for the supporting characters, because I want them all to be layered, with their own individual goals and fears. That all informs the plot, and makes it easier to create conflict by throwing things at them that gets in the way of what they want.

TMS: There is a great book by Sady Doyle called Trainwreck and it was all about how the media loves to have tragic stories about creative young women and then attack them instantly when they “fall from favor.” For Emmy, as a bisexual woman and an artist, she has to struggle with her public image being torn apart however the media feels at that time. Were there women you were thinking of as you were writing the character?

Wilde: I’ve been a fan of Kristen Stewart for years, so her relationship with the media was on my mind while I was writing this. It’s been fascinating to watch how the media’s treatment of her has shifted and changed over time. Early on, there was a lot of misogyny toward her for not conforming or giving in to what the media wanted from her. She was constantly being trolled for not smiling enough. Then there was the cheating scandal, during which most of the focus was on her mistake and she received most of the blame. When she started being photographed with women, it all started up again—rumors and headlines about her sexuality, most of which either referred to her and her girlfriend as ‘gal pals,’ or erased bisexuality by assuming she was either straight or gay. I think I started writing THE BRIGHTSIDERS around the time the rumors about her sexuality were surfacing online, shortly before her famous SNL moment when she declared she was ‘so gay, dude,’ and then started talking openly about bisexuality. These days, she’s celebrated for not conforming, and she’s almost become an icon for the very things she would have been attacked for only five years ago.

TMS: As a bisexual adult, I read this book and I could feel in my bones how much fun this book would have been for me as a kid. It’s amazing now, but I feel like young adult authors today are really grabbing the genre and saying “you will include me.” How does it feel to be a part of this amazing change going on in young adult now? Where do you think we need to go as we move forward into creating more inclusive works?

Wilde: I am so proud to be a part of the kidlit community. There are many incredible people in the industry who are starting much needed conversations and working hard to get inclusive, important stories to young readers. That being said, there’s still a long way to go – especially when it comes to including intersectional identities. Queer and disabled BIPOC in particular need more positive representation in all forms of media. It’s important that those with more privilege use it to support works by those from more marginalized communities. We also need more intersectional diversity within publishing at every level, and that publishers recognise that diversity is not a trend or a niche. I’m so grateful for organizations like We Need Diverse Books (https://diversebooks.org/) and CBC Diversity (http://www.cbcdiversity.com/) who do so much for the community, and I recommend that anyone interested in learning more about this topic check them out.

THE BRIGHTSIDERS is now available in stores.