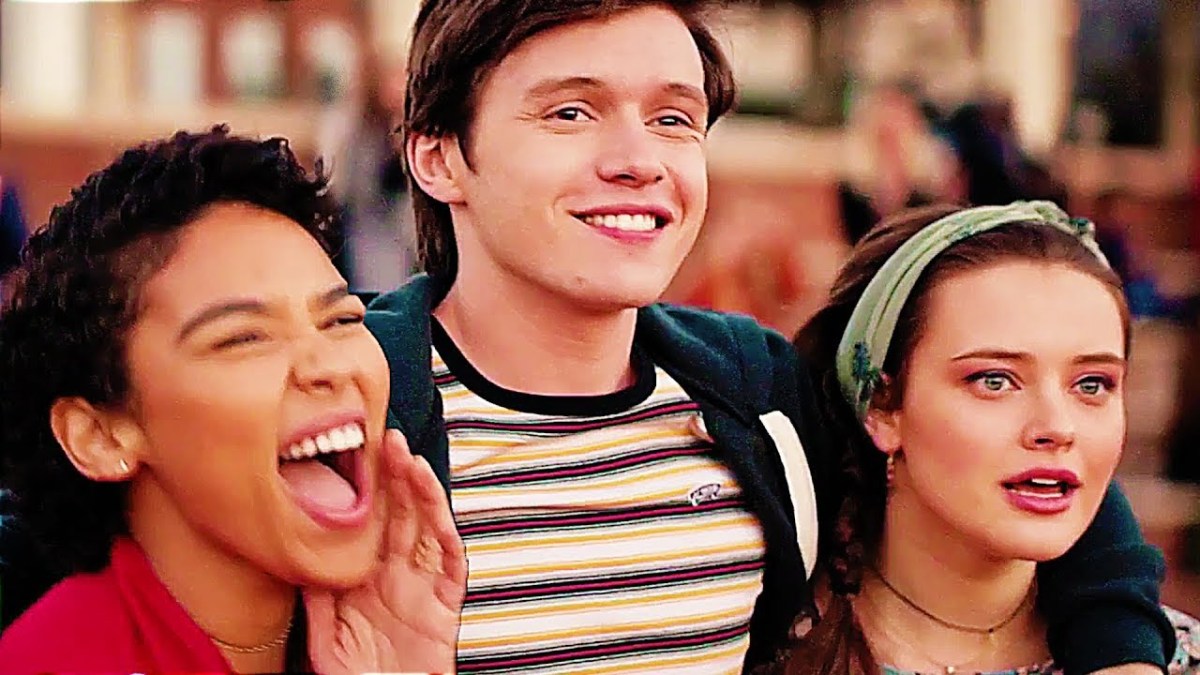 A recent Vulture piece on “Queer Cinema” got my attention with its assertion that, despite the increase in LGBTQIA themes, stories, and characters in films, that on the whole those films are “subsumed by aesthetics and narratives that display a straight gaze.” It argues for more subversion, for a “queer structure.” As if there were only one way to define and deliver a truly “queer film.”

In his piece “What’s Happening to ‘Queer’ Cinema in the LGBT Film Boom?“, E. Alex Jung laments that most of the current crop of LGBTQIA films are too safe and too boring to be real queer cinema. That, “we’re in a movie moment defined by the political sensibility of the gay-marriage movement,” which he sees as a bad thing, because it’s given us films that focus on the idea that don’t “assert differences,” but rather, “point out similarities.” He’s not a fan of queer films being “universal,” because to him, this is catering to the “straight gaze.”

On the one hand, I get it. There are still so many things for which the LGBTQIA community is still fighting. Marriage equality might be the law of the land, but there are still inadequate anti-discrimination laws, particularly for transgender folks. There is inequality in queer representation in film, with white, cisgender, able-bodied men of a certain class dominating the narrative. A big part of what seems to upset Jung is that he sees much of the queer cinema that has been released recently as having lost its political edge in an effort to become “mainstream.”

I understand all that, and yet his piece bothered me in a way I couldn’t put my finger on at first. Until I thought about an old roommate of mine back when I lived in New York, a gay man originally from Connecticut who worked in finance and wanted to settle down with a nice guy and grow old in matching sweaters with several pets. When his queer friends would invite him to queer events, he’d find excuses never to go, and when I asked him why, he said that he felt alienated by the queer community. That he never felt like he belonged, because events for gay men seemed to focus on what he called the “ooontz-ooontz-ooontz” gays, and that just wasn’t him.

I started thinking about myself, coming out as queer in my mid-thirties and suddenly being a part of this community with this long history. Meanwhile, my personality didn’t change just because I was acknowledging my sexuality, and yet as I started to get more involved with queer spaces, I suddenly felt like I wasn’t “queer enough,” Like, I was “too femme” to be taken seriously as a queer woman. Or even though I was involved in sex-positive/kink spaces before I came out, that I suddenly wasn’t subversive enough with regard to sex once entering queer space.

Jung, like many other queer folks, seems to equate the marriage equality fight with fighting for a heteronormative standard. Here’s a news flash, though: straight people don’t all want to be married either! Queer people don’t have a monopoly on subverting norms. I know! Bananas, right? 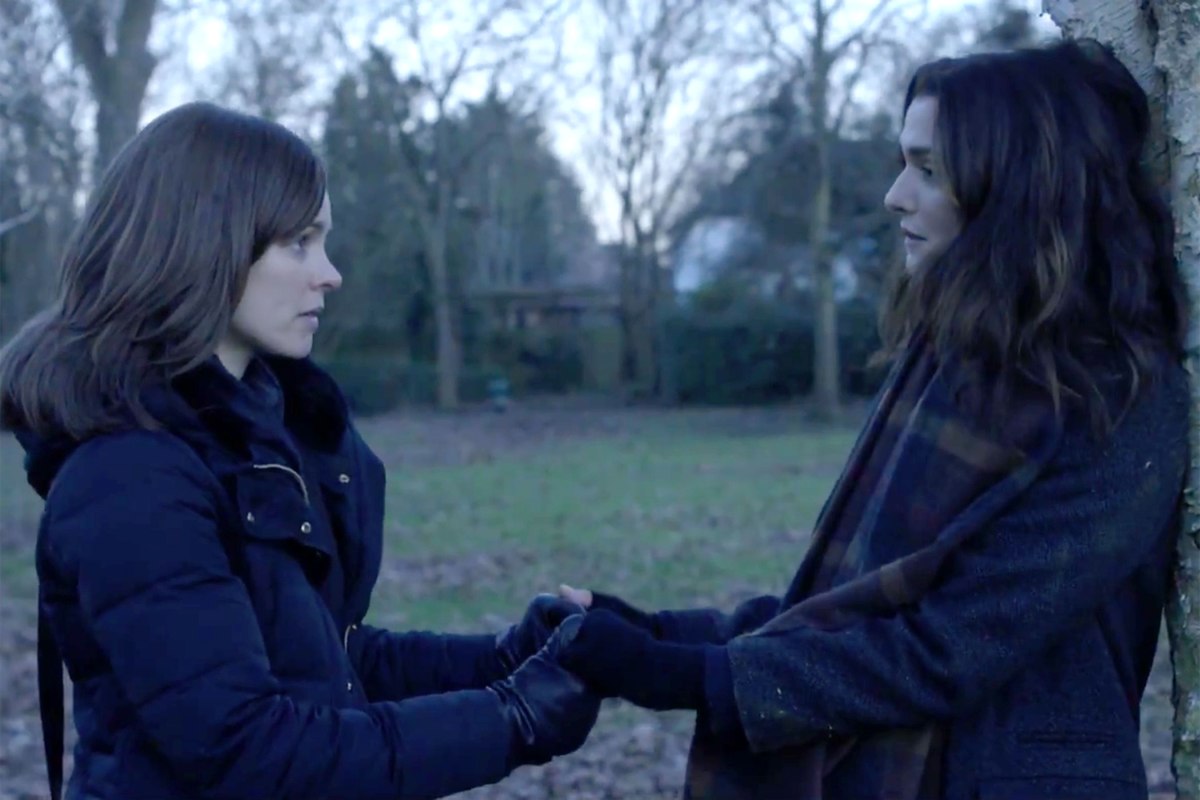 Jung discusses films that he deems problematic, because they are too safe and concerned with mainstream acceptance, citing Love, Simon as one of them. He ignores the fact that the film has a gay director (Greg Berlanti) and that it’s geared toward a YA audience.

Jung criticizes films in which “dying, saintlike queers [cut] themselves open and offer up their tragedy for our moral edification,” yet seems to miss the transgressive New Queer Cinema that was a direct response to the AIDS crisis. So, who exactly gets to dictate exactly how much suffering is an appropriate showcase in order to be transgressive? He wants a certain type of subversion, but that subversion is entirely based on a narrative of suffering. Does the queer narrative ever get to move beyond an identity of suffering?

With regard to Love, Simon, how subversive was he expecting a film geared toward young people to get?

For many kids, the very act of coming out is subversive. Sorry Simon didn’t come out in a gritty East Village bar bathroom, I guess? But that’s not everyone’s story. Also, he brings up Simon’s attitude toward Ethan, the only out (and femme) gay student at his school without taking into account that this way of thinking was wrapped up in teenage insecurity and this kid’s coming out process. Teens have definitely come a long way in 2018, but not every teenager is “woke” or able to express themselves politically.

Jung seems to chafe at films that aim to be “universal,” but I’d argue that these films aren’t about being universal with regard to being inclusive to straight people. Rather, they’re about appealing to a wider swath of the queer community. More queer youth might see themselves in Simon’s story than they might in a story about a further marginalized group within the queer community, and I think it’s important that those stories be allowed to breathe without the charge that they’re not “queer enough” or that they’re catering to the “straight gaze.”

And yes, Love, Simon is based on a novel by a straight woman, and had two straight screenwriters, but the director is a gay man whose own coming out and experiences beyond that had a direct influence on the script and the ultimate end product. So, Jung is basically telling this grown gay man that his film about a gay teenage boy isn’t gay enough because he didn’t “do queerness right.”

Along those same lines, Jung calls Call Me By Your Name, another film by a gay director based on a book by a gay author as “anemic” in its presentation of queerness, saying “When it comes to sex between the two protagonists, the teenage Elio (Timothée Chalamet) and grad student Oliver (Armie Hammer), Call Me by Your Name is practically demure.”

He also neglects the age difference between the characters. For many, this was subversive, while still others found it extremely problematic. But it doesn’t even seem to register for Jung, who seemed more focused on the sex not being hot enough for him.

He has similar criticisms for the film Disobedience, which I reviewed recently, despite the fact that the entire point of that film is that it was set in the Orthodox Jewish community. First of all, spitting into mouths, you guys. That’s all I’m going to say about that. But secondly, the point of the film was the sexuality existing within a particular culture. Jung talks about the need to explore more marginalized groups within the LGBTQIA community. This film does exactly that, but I guess the Jewish community isn’t marginalized enough, despite antisemitism is on the rise. Again. The way it’s periodically on the rise. Despite women having been marginalized since the dawn of time.

As a proud Latina who has nonetheless sometime been treated as though I’m not “doing Latina right” because I express an opinion or behave in a way that diverges from a standard set by some arbitrary accepted Latinx hivemind, and as a bisexual woman determined to hold her space in a queer community that far too often erases her existence, I say fuuuuuuuuck that business.

There’s no one sensibility a “queer film” needs to have to qualify as queer, and it’s precisely because queerness isn’t a monolith that we need a diverse group of queer filmmakers telling stories at a certain level.

I understand the impulse to want to guard a certain sensibility an a certain level of politics in one’s storytelling as a member of a group so used to having to fight for everything. But sometimes, the most political thing you can do as a marginalized person is to simply live your life and tell mundane stories. If the personal is political, then a queer filmmaker’s normal, boring-ass love stories are political and subversive simply for existing. Anything after that is a matter of personal taste.