The Problem With The Bold Type Romanticizing Relationships With Conservatives 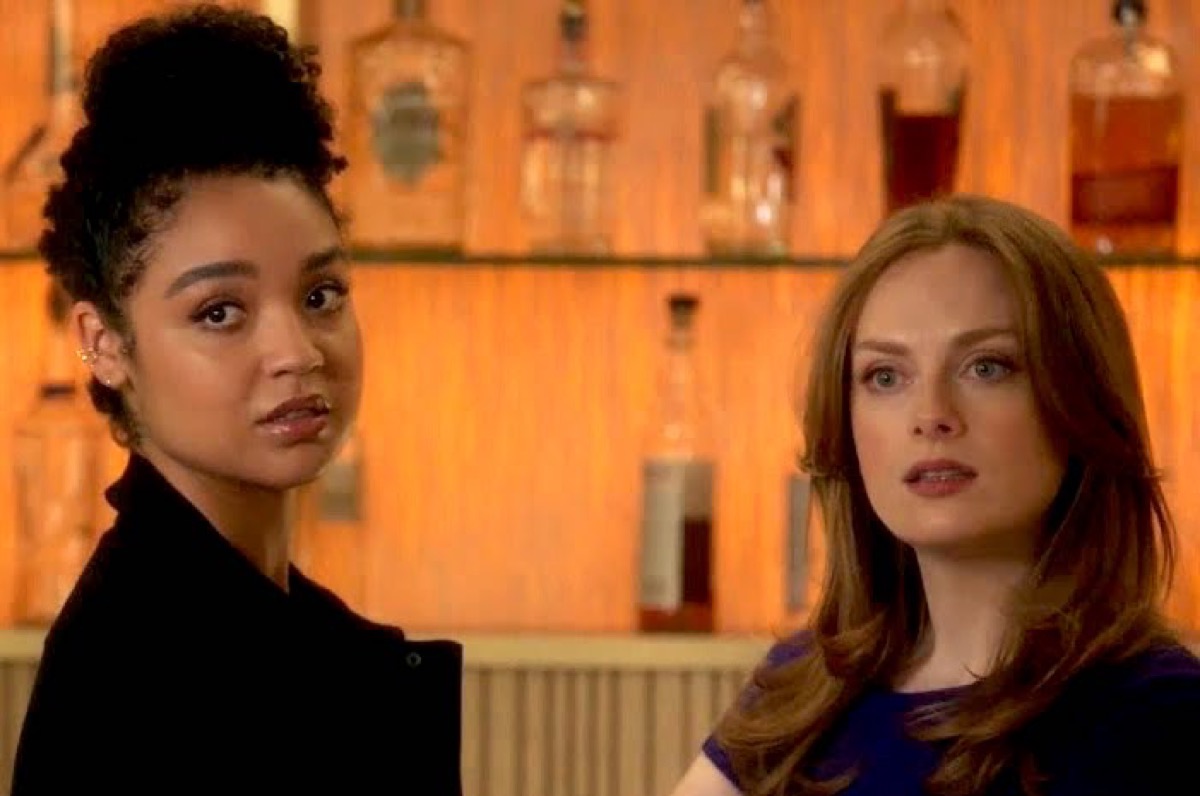 All too fitting in the wake of the notorious Harper’s Magazine open letter decrying so-called cancel culture (may I remind you that an alleged serial rapist is currently president of the United States?), Freeform’s The Bold Type took a surprising route in the second half of its fourth season, setting out to humanize Eva, a conservative white woman. On top of the show’s bizarre character redemption arc for Eva, it paired her with Kat Edison, a queer Black woman whose entire identity throughout the series has been rooted in social justice activism.

The show romanticizes the relationship between Eva and Kat despite their “political differences,” while failing to acknowledge that Eva’s “political differences” are really deep, violent oppression. Both the relationship between the two characters and the writers’ sympathetic portrayal of a conservative white woman who vocally supports and strives to advance bigoted, xenophobic, racist, and anti-environment policies seem deeply at odds with the moral lessons the show has always centered and the values Kat has spent the past four seasons fighting for.

Eva first appears on the show as the daughter of RJ, a lawyer at Safford Publishing who Kat exposes as a supporter of conversion therapy, resulting in Kat losing her job there. In their brief encounter, Eva defends her father and threatens Kat, only for the two to reunite a few episodes later at a women’s co-working space styled after The Wing, where Eva is a member and Kat works as a bartender.

An unlikely romance begins to bloom when Eva invokes “free speech” to protect Kat from losing her job, after Kat (rightfully) criticizes Eva for her toxic stances and efforts to dehumanize immigrants, Indigenous people, and marginalized communities. As the two spend more time together and their relationship develops, The Bold Type portrays Eva as courageous and forward-thinking, and as if she genuinely cares about Kat—who is, again, a queer Black woman directly harmed and often denied humanity by Eva’s politics.

The underlying argument is that love and attraction can transcend even deep differences in opinion. This storyline ultimately ignores that, while we can all have disagreements, it is not just an opinion whether other human beings deserve basic human rights, whether immigrant families deserve to be together, or whether marginalized communities deserve clean air and water. The show alludes to Eva taking hard-line stances against all of these.

Not only does The Bold Type misrepresent disagreements over essential, fundamental human values between a wealthy white woman and queer Black woman as trivial and insignificant, but the show even takes things a step further, placing the emotional burden on a Black woman to spar with and ultimately vouch for and defend a problematic white woman. It’s exhausting and dehumanizing enough that Kat has to argue with and attempt to educate Eva about basic oppression experienced by women, people of color, LGBTQ folks, and other marginalized communities, but Kat is then also essentially made to passionately defend Eva to her friends.

Certainly, any person of color, and any BIPOC women and queer and trans folks, could attest to the exhausting emotional toll of being placed in such a position, of proving your humanity and being forced to comfort and convince someone they aren’t racist or bigoted, all at once. Yet, Kat is portrayed as handling the situation with effortless grace, as if dealing with the Evas of the world—with conservative white women who need to be assured by women of color that they’re ultimately good people—isn’t draining and devastating.

It’s also impossible to ignore the racist power dynamics that belie Kat and Eva’s relationship, as Kat, a Black woman, is positioned in a service role as a bartender at The Belle, while Eva is positioned as a wealthy, powerful white woman being served and using her power and privilege to advance systemic oppression. During their debate on Kat’s podcast, shortly after coming out, Eva insists that sexual orientation and gender identity aren’t a “personality,” and that it’s up to her whether or not and the extent to which she chooses to express this part of her identity. In response, Kat is understanding and even apologetic.

In this particular exchange, the show’s writers fail to acknowledge how being able to pick and choose which identities to wear, almost as an outfit, is a privilege in itself, as Black and Brown and non-white-passing folks can’t simply opt out of their racial identity, nor can non-straight-passing or non-cis-passing folks. Eva may be a member of the LGBTQ community, but despite her assertion to Kat that “yes, [she] can speak for this community,” she can only speak for its most privileged members, who, like herself, are straight-passing, white, cis, wealthy, and citizens. She can’t speak for LGBTQ folks who don’t have the privilege of being able to choose when and when not to put their identities on display.

Despite these recent, jarring gaffes, The Bold Type has historically approached complex social issues—from the nuances of queer, Muslim identity, to the racism and classism of predatory fake abortion clinics—with admirable grace, depth and skill. This makes Kat and Eva’s storyline all the more frustrating—especially as it comes amid mounting movements for racial justice across the country, which the actress behind Kat, Aisha Dee, joined by criticizing lack of diversity among the show’s writers, staff, and crew.

As we await confirmation of whether The Bold Type will be renewed for a fifth season, if that’s the case, here’s hoping the show makes tangible strides to foster diversity and inclusion going forward, and here’s hoping it doesn’t continue to romanticize relationships with bigots and burden a Black woman with massive amounts of emotional labor toward fixing and defending them.