Rich, Famous Transphobes Ask You to Stop Being So Mean to Them in Terrible Harper’s Magazine Open Letter 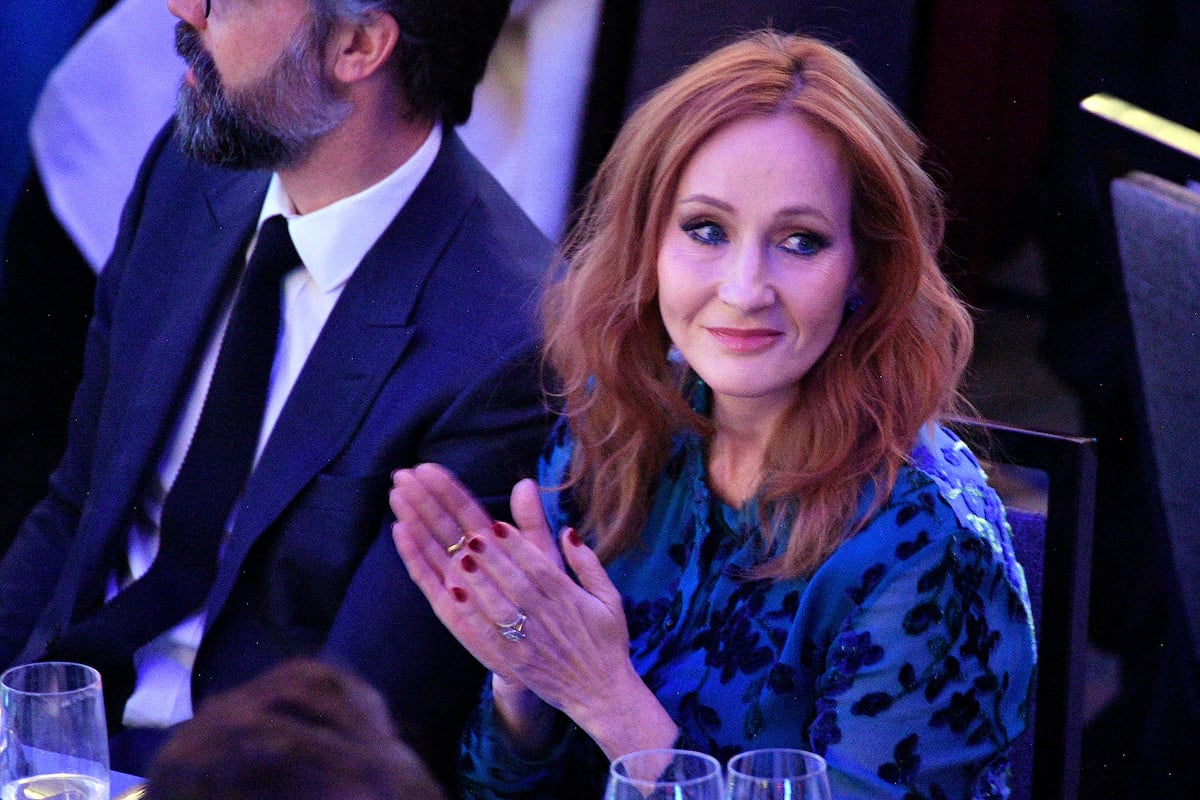 J.K. Rowling, Bari Weiss, Margaret Atwood, and about 150 other prominent writers and public figures signed an open letter in Harper’s Magazine, published online yesterday, calling for “open debate and toleration of differences.” The letter decries cancel culture (though it never specifically uses that term) and claims that liberals are wrong for demanding “ideological conformity” from others on the left.

There might be a nugget of a valid conversation in there, but it’s buried under so many bad-faith specifics and anti-trans dog whistles that it’s impossible to take it seriously.

The letter, as a whole, is total garbage.

According to the letter, “it is now all too common to hear calls for swift and severe retribution in response to perceived transgressions of speech and thought,” which sure sounds like code for “people got mad at me for using my giant platform to be awful.”

Moreover, it takes aim mostly at “institutional leaders” who they say “are delivering hasty and disproportionate punishments instead of considered reforms,” but let’s break down the examples they give:

Editors are fired for running controversial pieces; books are withdrawn for alleged inauthenticity; journalists are barred from writing on certain topics; professors are investigated for quoting works of literature in class; a researcher is fired for circulating a peer-reviewed academic study; and the heads of organizations are ousted for what are sometimes just clumsy mistakes. Whatever the arguments around each particular incident, the result has been to steadily narrow the boundaries of what can be said without the threat of reprisal.

They don’t name names in that vague list, but they’re not hypotheticals—it’s pretty clear who they’re talking about if you’re familiar with the scenarios. This is just informed speculation, but these seem pretty obvious:

“Editors are fired for running controversial pieces.” My first thought was that this was Kevin Williamson, who was very publicly fired from his position at The Atlantic for a number of racist, transphobic, anti-abortion articles and tweets, but he was a columnist, not an editor, so we can probably file him under “journalists [being] barred from writing on certain topics.” The most recent editor to go through a public firing (technically a “resignation”) for a “controversial” piece was the New York Times’ James Bennett, who stepped down after facing extreme backlash for publishing a call to violence against protesters written by Senator Tom Cotton.

On to “professors are investigated for quoting works of literature in class.” That seems to be a clear reference to a white UCLA lecturer who was condemned (not fired) for using the n-word while reading from Martin Luther King Jr.’s “Letter from Birmingham Jail,” as well as showing a documentary “which included graphic images and descriptions of lynching, with a narrator who quoted the n-word in explaining the history of lynching.”

His defense, according to a student, was to say “just that my skin is white does not prevent me from being able to say those words.”

Or it could be a reference to a white New School professor who was investigated for using the n-word while quoting and discussing James Baldwin. Because apparently this is a thing white professors love to do and white liberals love to defend.

That “peer-reviewed academic study” they mention sounds like the James Damore memo—you know, that Google employee who sent around a document trying to prove that gender representation in tech was a bad idea because of biological differences that make women less inclined to be successful in STEM fields. It could be something else, but with the letter’s attempt to make these incidents sound inherently bad and scary by stripping away all the context we’d need to judge the appropriateness of what happened, it sure is hard to tell!

Over 200 people, many of them writers, signed the Harper’s letter, yet no one seemed to call out excessive use of passive voice or lack of specific examples.

What do all of these examples have in common? They’re not about simple, good-faith differences in opinion. They’re about oppression. People pushed back and demanded change because major institutions, from UCLA to Google to the New York Times, were giving people a major platform to spew harmful rhetoric designed to harm marginalized people. If those institutions took action, that doesn’t automatically make it “censorship”—it sounds more like upholding their own values and the values of the communities they serve. Nor is it censorship to receive criticism from those communities directly.

Progressives don’t want “ideological conformity,” we just refuse to treat a dedication to oppression like a valid point of view.

There needs to be some differentiation between “ppl online made fun of a pundit’s bad opinions” and “an online mob sent a SWAT team to my house, stole my financial info, and threatened my kids.” Should be an easy line to draw in the sand, but I guess that’s why I’m not a pundit.

“Actually, criticizing me is censorship,” a letter signed by people who have unlimited access to the world’s largest media platforms in the world

Then, there’s the issue of who signed the letter. Not everyone on the list is openly bigoted (Gloria Steinem is there and Margaret Atwood has been posting trans rights messages to Twitter), but there are so many known, vocal transphobes on this list of signatories who have faced backlash online for posting junk science and other anti-trans messages that it’s difficult not to see the letter as a direct response to the criticism they’ve received. J.K. Rowling is the most notable, as she’s been making headlines the last few weeks for finally putting her TERFdom on full display, but she’s not the only one.

Katie Herzog saw massive criticism for an article about “detransitioners” that she wrote for The Stranger in 2017. Jesse Singal wrote a concern-trolling Atlantic cover story about the dangers of believing children when “they say they’re trans.” I’m sure there are more on the list.

The sheer number of signatories who have waded into the transgender debate on the anti-trans side is astounding. I read many of the references to specific gripes in the letter’s text as specifically directed at trans critics.

When those kinds of people are signing the letter—especially when we can’t know who its primary authors are!—it’s pretty difficult to dismiss the deliberately vague cancel culture scaremongering as being anything but anti-trans dog whistles. And it seems that some of the signatories have realized that, as at least a few are walking back their participation after seeing their name listed among such outspoken TERFs.

I did not know who else had signed that letter. I thought I was endorsing a well meaning, if vague, message against internet shaming. I did know Chomsky, Steinem, and Atwood were in, and I thought, good company.

The consequences are mine to bear. I am so sorry.

I do not endorse this@Harpers letter. I am in contact with Harper’s about a retraction

Hopefully more people come forward to denounce the letter. In the meantime:

On the bright side, if you want a list of 140 people to ignore, Harper’s made it easy