The Con Gone By: Check Out the Little Baby Beginnings of San Diego Comic-Con

The little con that made it big.

We all know San Diego Comic-Con, right? That giant, sprawling event that draws masses of fans and creators to a single city for a single weekend every year. The one with the exclusive trailers and exclusive toys. The one where badges sell out and hotels fill up faster than you can say Allons-y!

Would you believe it was once just a small affair?

My husband went to the very first San Diego Comic-Con—known then as San Diego’s Golden State Comic-Minicon—in August of 1970 and continued to attend for several years afterward. Every year, as the event approaches, he reminisces about those early days, lamenting the the crowds and the costs that keep us away now. Just recently he found the programs he saved from back then—1970, 1972, and 1973, as well as a promotional flyer from 1973—and now I finally have an idea of what he means.

The 1970 program is hand-typed and photocopied, saddle-stitched on sturdy paper with a colorful cover depicting a spacecraft in orbit. The name on that cover grabs my attention: though I am not a huge comics person, even I have heard of Jack Kirby. Co-creator of Captain America, known for The Hulk, Thor, and the X-Men, among others, the late Kirby remains a big-league name in the comics world. Nor is his the only such name in the program: Ray Bradbury and A. E. van Vogt were also among the guests that year.

Jack Kirby’s cover for the 1970 program

One item that surprised me in those early programs was the comics. Of course I expected a focus on comics; it is Comic-Con, after all, in spite of Wil Wheaton’s lament. But alongside the Fantastic Four, Superman, and Scarlet Witch, I found the Family Circus, Marmaduke, and Tarzan offering greetings and best wishes to Comic-Con attendees. Rex Morgan, MD jokes about the reading tastes of doctors while flipping through a comic book. Snoopy worries about drinking too much root beer at the con. Fans are asked to support comic artists by writing to the editors of their local papers to request their favorite strips. Other types of fandom were certainly present at the con—the local Society of Friends of Hobbits were among the original organizers—but comics clearly dominated, much more so than it seems today.

Sample inside page of the 1970 program

Much like today, the programs of those early years include a schedule of events. Each day of the convention offered movies, guests, panels, and open discussions. There was only one set of offerings; no one had to choose between Ray Bradbury and Jack Kirby, or between catching a classic film and learning how to publish. For comparison, I counted 15 simultaneous presentations on a single day of this year’s event. Topics covered in 1970 included a History of Comics, Fantasy Fandom, Comics and Censorship, and Underground Comics and Pornographic Science Fiction, among others. Any of these might be equally at home at a modern convention.

By 1973, Star Trek had arrived at San Diego Comic-Con, as it was known for the first time that year. The animated series had just been announced, and there were hopes for a feature film. A letter from writer David Gerrold, best known for “The Trouble with Tribbles,” appeared in the program, asking fans to write polite letters to NBC and Paramount in support of the new show and potential film. Attending in person to promote the series was producer and story editor D.C. Fontana. Fontana was a hugely prolific writer for the original Star Trek and other television series, responsible for “Charlie X,” “Friday’s Child,” and “Journey to Babel,” among others. To fans she was a mega-star, bringing their beloved show back to television screens. Imagine Joss Whedon turning up at a small local convention to promote Serenity, three long years after the death of Firefly; that’s about the level of love fans had for Fontana at that time.

Another big name at the 1973 con was voice actor June Foray. Foray recorded more than 100 children’s albums for Capitol Records, voicing characters from kids and animals to witches and elderly grandmothers. Best known for Rocky and Natasha of The Rocky & Bullwinkle Show, Foray went on to voice dozens if not hundreds of animated characters for Hanna-Barbera, MGM, Warners, and Disney, among others. I hadn’t heard her name before finding her in the convention program, but I am told she was something like the Andy Serkis of her day: a little-known face behind so many well-loved characters.

In spite of the presence of Fontana and Foray, ladies are little to be found within the programs’ pages. Having researched the history of Star Trek fandom and Star Trek conventions, I am used to seeing women everywhere, but the Comic-Con program credits are exclusively male. There are no women listed among convention staff and organizers. No women appeared as guests in 1970 and only one in 1972—fantasy writer Katherine Kurtz. I find it fascinating that women could so dominate television fandom while at the same time languishing in obscurity in the comics world. No doubt debates rage on as to the reasons.

In 1970, roughly 300 people attended that first incarnation of San Diego Comic-Con. This year over 130,000 people poured through its halls. A four-day advance membership offered in 1973’s promotional flyer cost $5—a bit under $30 in today’s money. Badges now go for many times that. The quantity of offerings has soared, as has the celebrity of the event. Modern attendees would not likely recognize that little gathering over forty years ago, and its creators could hardly have imagined what their vision would become.

Some things, however, never change. When my husband first walked through those doors at the age of twelve, he found what still draws convention-goers today: people like himself, for whom a love of characters drawn upon a page was something to celebrate. He met his heroes, and he made new friends. In 2014 we have A-list celebrities, exclusive high-end toys, websites, and phone apps in place of staple-bound paper programs; but at the end of the weekend, the heart of San Diego Comic-Con remains true.

Elisabeth Flaum began writing because of Doctor Who and hasn’t yet been able to stop. She lives with a man and two dogs in Portland, Oregon, where she works in accounting, races dragonboats, and writes poetry about the weather. Interested readers may follow her ramblings here. 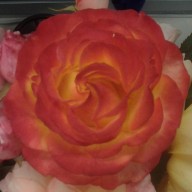 Elisabeth Flaum began writing because of Doctor Who and hasn't yet been able to stop. She lives with a man and two dogs in Portland, Oregon, where she works in accounting, races dragonboats, and writes poetry about the weather. Interested readers may follow her ramblings at elisabethflaum.wordpress.com