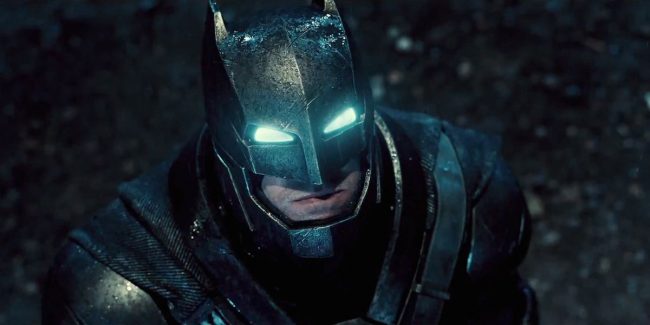 After all that was said about Ben Affleck writing his very own script for the upcoming solo Batman film, it seems that director Matt Reeves pulled a Fleetwood Mac and has decided to go his own way and use a different script. On MTV’s Happy Sad Confused podcast, Reeves broke the news, saying, “No, it’s a new story. It’s just starting again. I’m excited about it. I think it’s going to be really cool.”

Reeves didn’t share any other details, either. We already knew that Affleck’s script was supposed to be a noir take on the caped crusader, and that Deathstroke was supposed to be the movie’s big bad. But given how Reeves is talking about the story now, it seems that everything’s just flown right out the window. Keep in mind that Reeves had also recently replaced Affleck as director on the project after the star opted out of helming it himself. One THR insider believes that the poor reception of Affleck’s Live By Night had a lot to do with his decision to step down from directing The Batman (oh yeah), thus Reeves’ hiring.

With SDCC so close, we can hopefully expect a couple of revelations (minor, most likely) by way of Affleck’s scheduled appearance in Hall H alongside his Justice League co-stars.

What are your thoughts? Are you down with The Batman‘s new tack, or are you disappointed that you might not be getting the noir-Deathstroke that was promised to you? Inquiring minds want to know.