The Act: Our Collective Fascination With Munchausen by Proxy | The Mary Sue

The Act and Our Collective Fascination With Munchausen by Proxy

Hulu's true crime series focuses on the bizarre and tragic tale of the Blanchard family. 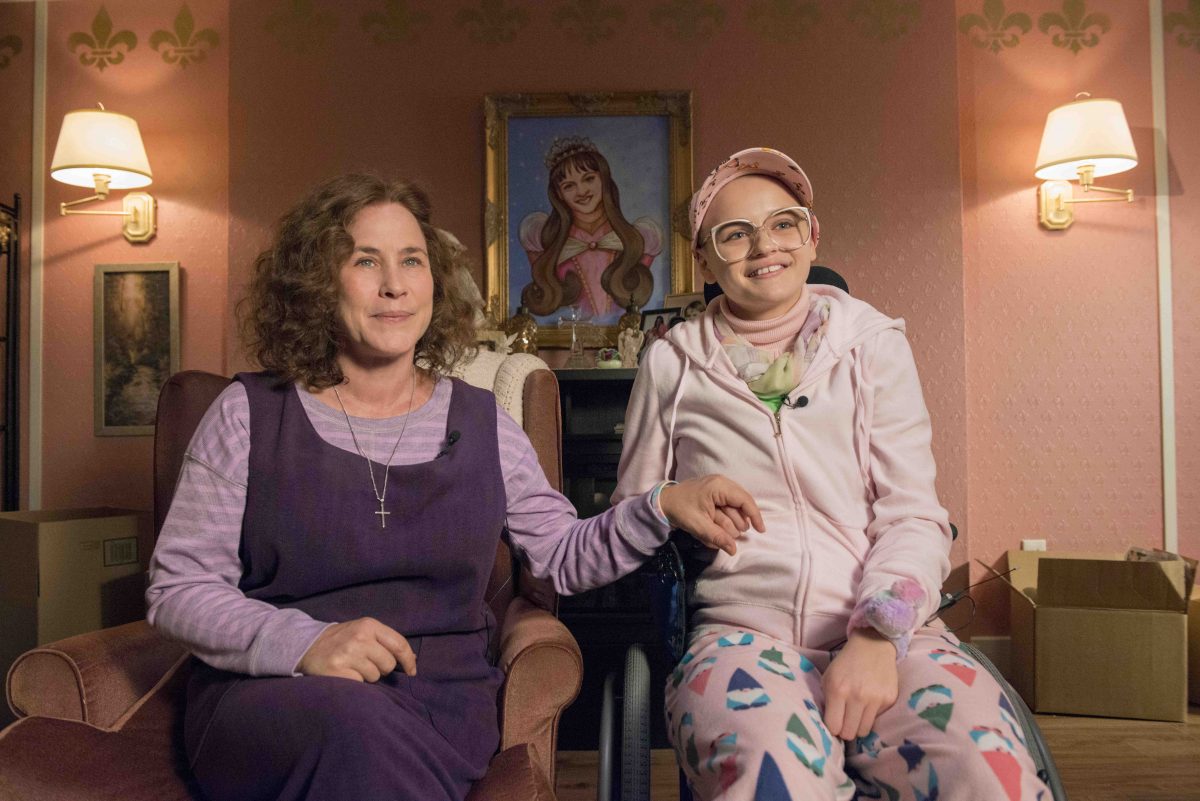 The Act, Hulu’s first entry in a planned true crime anthology series, premiered this week to rave reviews. The series focuses on one of the most compelling and disturbing true crime sagas in recent years: the murder of Dee Dee Blanchard. The series is based on a massively successful Buzzfeed article, “Dee Dee Wanted Her Daughter To Be Sick, Gypsy Wanted Her Mom Murdered”.

If you’re unfamiliar with the story, the basic gist is this: Dee Dee and her daughter, Gypsy Rose Blanchard, lived in a quiet community in Springfield, Missouri. Dee Dee spend all of her time caring for her daughter, who suffered from a variety of health issues: chromosomal defects, epilepsy, muscular dystrophy, a sugar allergy. When Dee Dee was murdered, Gypsy went missing, only to be found weeks later with the man who abducted her, Nicolas Godejohn.

But here’s where the story turns. Gypsy was not ill. She was the victim of Munchausen by proxy, a little-known mental illness where someone fakes or induces illness in someone in their care for attention and sympathy from others. And Gypsy, desperate to escape her mother, planned her murder with Godejohn, who she met online and began an affair with. The two were arrested, and Godejohn is now serving a life sentence, and Gypsy is serving a 10 year sentence after pleading guilty to second degree murder.

The Act painstakingly recounts the tale in gruesome detail, with Buzzfeed author Michelle Dean serving as the co-showrunner, writer and producer on the eight-episode miniseries. Even for true crime aficionados, the series is a tough, upsetting watch. The show doesn’t flinch from the horrors perpetrated on Gypsy’s body, and episode two’s “Teeth” is a bone-chilling depiction of medically sanctioned abuse.

The series is anchored by two stellar central performances: Patricia Arquette as Dee Dee and Joey King (The Kissing Booth) as Gypsy. Chloe Sevigny and AnnaSophia Robb co-star as the mother and daughter next door who befriend the Blanchards. But the show truly belongs to Arquette and King, who bring the manipulative, co-dependent duo to life. Don’t be surprised if they both earn nominations for their work next year.

Yet despite the terrific performances, the series doesn’t quite rise to meet the talents of its cast. Like many miniseries, the show suffers from pacing issues, hitting the same beats repeatedly to the point of frustration. Dee Dee and Gypsy share a love of Disney and fairy tales, and the parallels between their sickly sweet obsession and their candy-colored house reinforce Dee Dee’s infantalizing of her daughter.

But what’s missing from the series is an explanation or backstory behind Dee Dee’s actions. And that’s the most compelling aspect of the series and the mental illness: how and why could a mother do this to her child? The fascination behind Munchausen by Proxy is similar to our collective fascination with serial killers. How can people be so resolutely evil and commit such heinous acts?

Munchausen by Proxy is especially disturbing, as it upends everything we expect from a mother-daughter relationship. The idea that a parent would knowingly abuse and endanger a child shakes most people to their very core. While The Act makes for compelling television, it lacks the style and emotional intensity of HBO’s Sharp Objects, which also explores Munchausens.

While The Act is more devoted to capturing every detail of the story, Sharp Objects (based on Gillian Flynn’s novel) delves more into the after effects and the emotional trauma that devastates its characters. Perhaps that is because The Act is so attached to the true crime events, whereas Sharp Objects is based in fiction, giving it a wider field to explore. And Sharp Objects expertly sets the mood with a tone and style that The Act lacks, thanks in no small part to the brilliant direction of Jean-Marc Vallée.

If you’re a fan of true crime, The Act is worth watching for the performances and for the disturbing story. But be warned, you may never want to go to the dentist again.