My favorite foo-foo dresses I wish I had a reason to wear. 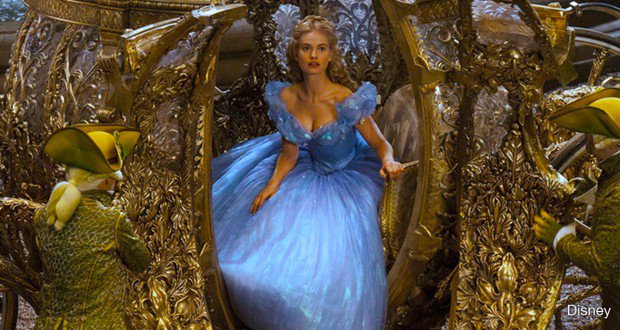 Busy, non-red-carpet-walking average humans have a seriously limited number of occasions for which a big, foo-foo dress is appropriate. Seriously. Like, once you’re done with formals for band, choir, and prom, it’s like you don’t get another shot at wearing a big foo-foo dress unless you get married. I’ve bought opera tickets for shows I wasn’t even into just so I could have a real, actual reason to wear a great dress, and that’s just a regular awesome dress—the kind you might wear to someone else’s wedding or something.

When you live in a college town with lots of access to traveling shows at the auditorium, people become outfit-complacent quickly. Everyone wears jeans and sneakers to the shows, and it leaves a dress-lover like me at a disadvantage. Look out of place, or wear the dress? It’s a toss-up. I’ve agreed to attend things just because I saw them as an opportunity to dress up. If you’re reading this and wondering if that was why I attended your wedding, it probably wasn’t. Probably. It definitely had a lot to do with why I started attending Renaissance Faires. Whether the dress is costume-y or fashion, I truly love dressing up. I respect those who don’t, and would never be a jerk about it, but I have a closet of lovely things and nowhere to go, you guys! 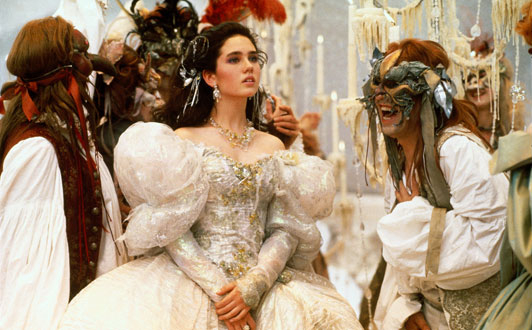 For me, this one is kind of the dress that launched a thousand ships. I know it’s impractically puffy, but given a piece of a chance, I’d wear it. I’d learn to waltz for this dress. As a teenager, I was absolutely convinced that if I ever went to prom or got married, that I would somehow commission this dress into reality and wear it. Did I mention that I have kind of a Labyrinth problem? Yeah.

2. Arwen’s red and blue dress in The Return of the King 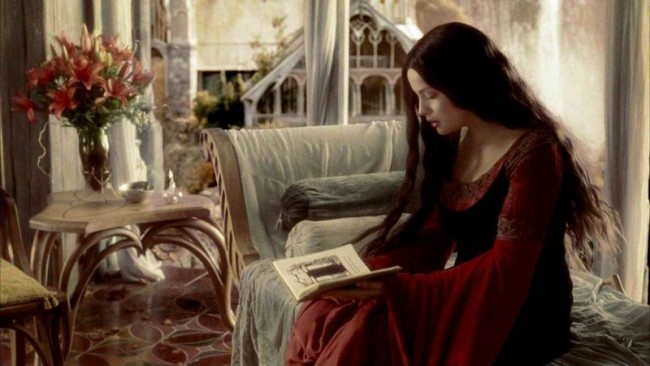 I guess no one is making me pick—there were several Arwen dresses that were beyond gorgeous, and why am I not a Rivendell-dwelling semi-immortal Tolkien elf, anyway? I mean, how is it fair, right? But I digress. This dark blue and deep red dress is my current favorite. It’s the perfect thing to wear to have that awkward conversation with your disapproving Half-Elven father about how you’re definitely going to marry that hot, scruffy-looking Ranger anyway, with or without his approval. I would love to have a version of this dress to wear to a Renfaire! You could smuggle your own turkey leg and mead in with those sleeves! 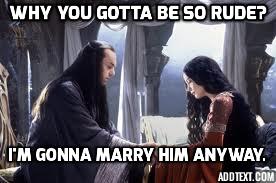 3. Galadriel’s white dress from The Fellowship of the Ring 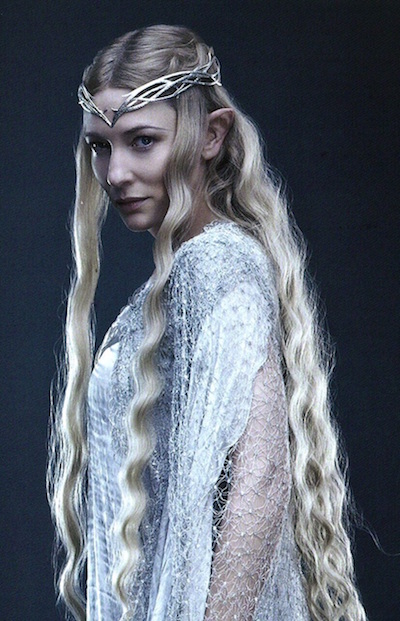 The ethereal, otherworldly beauty of Lothlorien and Lady Galadriel …  sigh. There is something about the idea of this youthful-looking Elven granny running around the forest in a white, lacy dress that makes me incredibly happy. That, and I want to listen to Cate Blanchett read things in her Galadriel voice as I go to sleep at night. If Galadriel can play outside in her white lace, then so can I, right? Anybody want to start a Fancy Hiking Club?

4. Hermione Granger’s Yule Ball dress from Harry Potter and the Goblet of Fire There are so many aesthetic pieces of me that are fed by this dress. First, it has layers. Second? It has jagged-y material bits combined with shiny material bits. I had a definite moment with this dress when I first saw the movie. Best of all? It’s not too farfetched to get by with for an actual event! You could use this dress for a night out or a fancy event without looking like you just came from a Renfaire. Emma Watson could put on a piece of trashbag and tie it off with a hank of human hair and still be a vision of loveliness, but in this dress, we get our first look at the young woman Hermione is turning into and our first inklings of our Hogwarts kiddos growing up. Long live the pink dress! 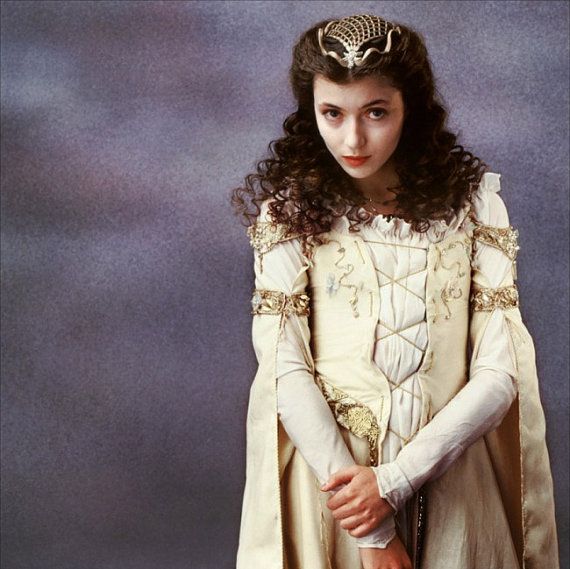 Oh, Legend! You’re such a weird, glittery movie, and you also have Tim Curry as the Darkness, which is pretty cool. There are two versions of this movie, basically the same film with different soundtracks. The American release had the Tangerine Dream soundtrack, and the European release had the soundtrack by Jerry Goldsmith. I prefer the Goldsmith soundtrack, personally. It totally changes how the movie feels. Princess Lili’s dress is another example of how maybe it’s completely okay to frolic in the forest in a princess dress. This dress has always seemed comfortable to me—the bodice doesn’t seem tight, and it seems more light and flowy than anything else. I could be wrong. It might weigh as much as another person, but it seems like a comfortable version of a princess dress to me. 10/10, would sneak a peek at unicorns in this dress. 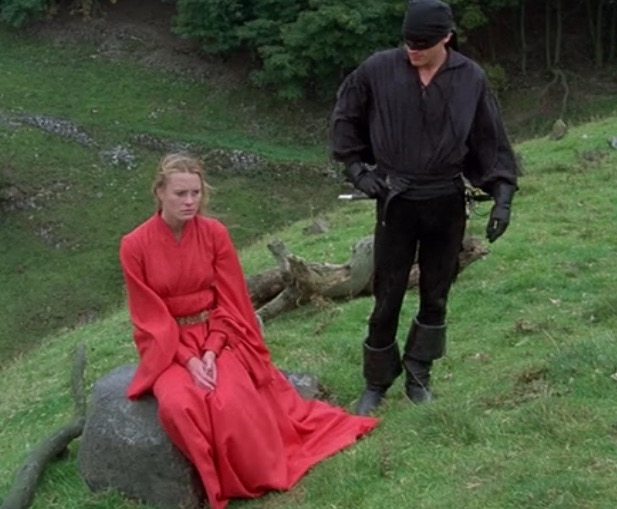 I’ve been growing out my hair for a while now, and when I don’t straighten it, it kinda hangs like Robin Wright’s in this picture … not quite as long, but probably good enough for cosplay purposes, right? So, if I were to obtain a dress like this, I might be recognizable as someone trying to cosplay Buttercup? That’s the plan, anyway. When you’re impatient and sucky at sewing, cosplay plans often turn out poorly or very much balanced upon the kindness of others. The Princess Bride has been a part of the fabric of my childhood, adolescence, and now adulthood, and I would dearly love to pay actual fabric homage to one of my favorite movies by cosplaying Buttercup in the red dress.

I once got extremely overly excited while visiting Sleeping Bear Dunes in Michigan because the slope of the dunes was perfect for a good roll with an, “As you wish!” shouted on the way down. Unfortunately, shorts and a tank top are not the appropriate attire for As-you-wishing oneself down a worthy slope. I nearly lost my pants, and there is photographic evidence of this. Perhaps in this instance, a long red dress would have been preferable? 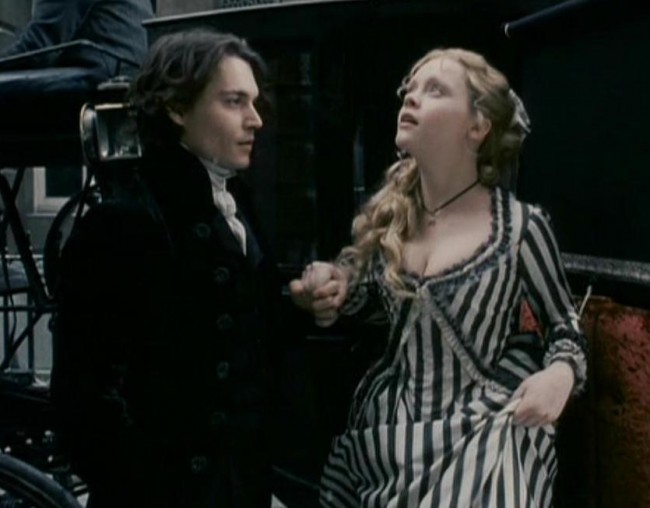 Sleepy Hollow isn’t even one of my favorite movies. I liked it well enough, but this dress … this crazy, striped, bustled thing … well, can a piece of clothing be representative of your inner being? Kind of like when people say something is their spirit animal, but instead of a person or an animal it’s a dress? That’s how I felt the moment I saw this dress on Christina Ricci in the movie. I seek out pieces of it in other clothing items. Sometimes, I buy something and realize later that it reminds me of this dress. Suffice it to say that if technology is ever developed that could show “me” in clothing form, it would be this dress.

This dress falls more under the same category as the Hermione dress in that a modern person could wear it to an event without looking like an escaped Faire performer. As much as I wanted to be the person who turned their nose up at Titanic and said, “Well, the boat sinks. Movie over,” it was the costumes, Rose’s wardrobe in particular, that won me over. There are so many to choose from, but my absolute favorite is the dress Rose wears to dinner. Everything about it, from the color to the style, makes me wish I had something fancy to go to. Although, I recommend something warmer for cold ocean swimming. Like a wetsuit. Or a lifeboat.

9. Danielle’s dress from Ever After 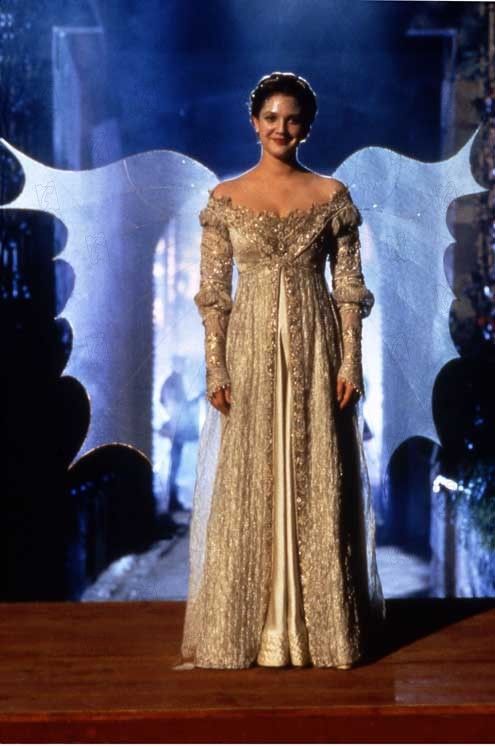 Ever After is definitely one of my favorite movies, and not just because she rescues herself. The clothing, the characters, and the otherworldly dress complete with fairy wings all play a part in conspiring to make me love it, as well. I feel like it actually has a lot in common with the new Cinderella movie, not just because of the Cinderella theme. I got the impression that the new movie was, in some ways, trying to walk a line between being an exact live action replica of the cartoon and a remake of Ever After. As perfect and beautiful as the Cinderella dress was, I prefer Danielle’s version. With the wings! But I wouldn’t turn down the blue dress, either!

Honorary mention goes out to Anastasia’s sparkling blue dress, which I mentioned in a previous article, Princess Aurora’s blue (not pink!) dress from the end of Sleeping Beauty, and Princess Giselle’s turquoise dress that I think is absolutely perfect for a day out in the city. Whether you could use it in real life or might have to find an event to cosplay, I recommend that everyone find a way to wear the things they love! 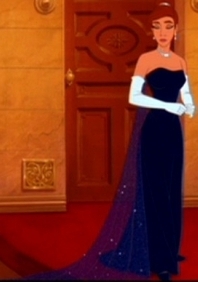 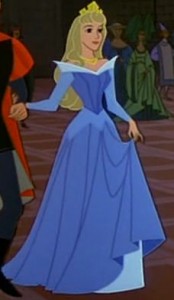 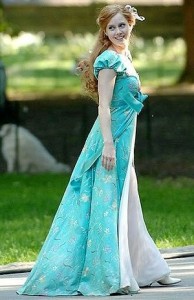 What are your favorites? Let me know in the comments!