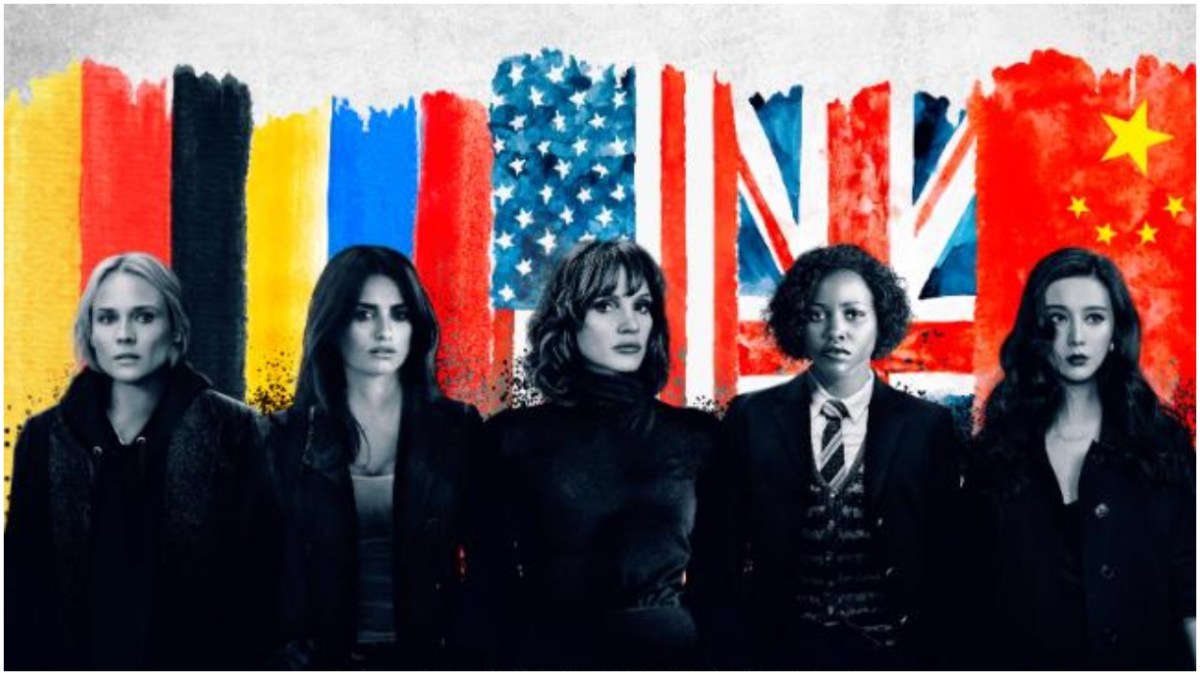 The 355 is the latest addition to the world of spy movies, and it is a fine entry but doesn’t understand its full potential.

The Simon Kinberg-directed flick takes us on a journey with CIA agent Mace (Jessica Chastain) as goes rogue to search for answers when her husband Nick (Sebastian Stan) seemingly gets killed on a job. When Marie (Diane Kruger) and Luis (Edgar Ramírez) make moves to steal Nick’s backpack, things go south, and it eventually leads to Mace working with an impressive group of women from around the world to protect a device from getting into the wrong hands.

Written by Simon Kinberg and Theresa Rebeck, the film is filled with stifled dialogue and lines that scream, “Hello, we’re in a spy movie!” without doing the work to explain anything that’s really happening, but then it’s also just your cut-and-dried spy flick. So, it still is palatable and understandable. Out of the entire thing, the only two characters that are really fully fleshed out past the moments we see onscreen are Penélope Cruz’s Graciela and Lupita Nyong’o’s Khadijah.

Chastain’s Mace was in the military before joining the CIA, and other than the brief exchanges she has with Nick in the beginning of the movie, we only really get a look at her impressive collection of red wigs that slowly just turned to darker shades. (I’m convinced her “brunette” wig is just an auburn wig.) Even Marie has more of a history than Mace, with her father turning against Germany and Marie turning him in when she was only 15 years old. Compare that with Graciela’s story with Luis and her entire family, and Khadijah’s life in London that she’s leaving behind to help Mace, and neither Mace nor Marie are really that flushed out.

The inclusion of Lin Mi Sheng (played by Fan Bingbin) comes in the final act of the movie, when she helps the 355 (which they created together throughout the movie when they all began working together, even though it is barely clear why Mace is working with Marie when it is her fault that Nick is “dead”).

What doesn’t really work with The 355 are the “twists.” You can sort of figure out what is going to happen within the first few moments of the movie if you’ve watched any of the trailers. It doesn’t take away from the movie, and there are moments that really work for the movie, but they’re brought down by cheesy “spy” dialogue and two-dimensional characters. Frankly, it feels exactly like a Simon Kinberg movie that has women at its focal point. It’s not a bad thing, but it could have been so much better—much like X-Men: Dark Phoenix before it.

Overall, it’s a fun movie. There are cool action sequences for each of its characters, and it does have one surprising twist that will leave you yelling “what?!” (Or at least that’s what happened to me.)