The 2014 Nebulas Have Been Awarded, And All Of The Fiction Winners Are Women 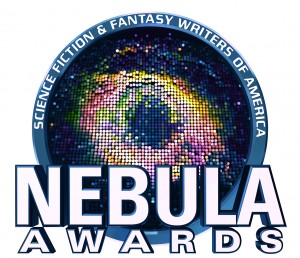 Fantastic as I think this is, I look forward to the day when something like this isn’t newsworthy (beyond the fact that awards deserve congratulations). Science fiction is a massive thought experiment, a way for our species to consider the real-world futures we’re working toward. The more voices and perspectives we include, the more rich and varied our possibilities will be. We can’t build a future for everyone without hearing from everyone. So in my book, the news that all of the writing winners in last night’s Nebula Awards were women isn’t about keeping score. Rather, it bolsters my hope that the scoreboard will eventually take its rightful place in obsolescence. The idea that women don’t belong in science fiction has yet another nail in its coffin, and I can’t wait to bury the thing.

But since we’re quite not there yet, it is well worth noting that last night’s Nebula winners and nominees were a diverse bunch of people, representing a mix of genders, races, and identities that looks much more like the balanced future many of us believe in. (And as long as I’m editorializing on that front, hell yes to Samuel Delany being honored with the Grand Master Award.)

The full list of nominees is below, with winners marked in bold. Links are provided for works you can access online for free. Happy reading.

Winner: Gravity
Nominees:
Doctor Who: ‘‘The Day of the Doctor’’
Europa Report
Her
The Hunger Games: Catching Fire
Pacific Rim