Happy publication day to all the contributors of this momentous project! 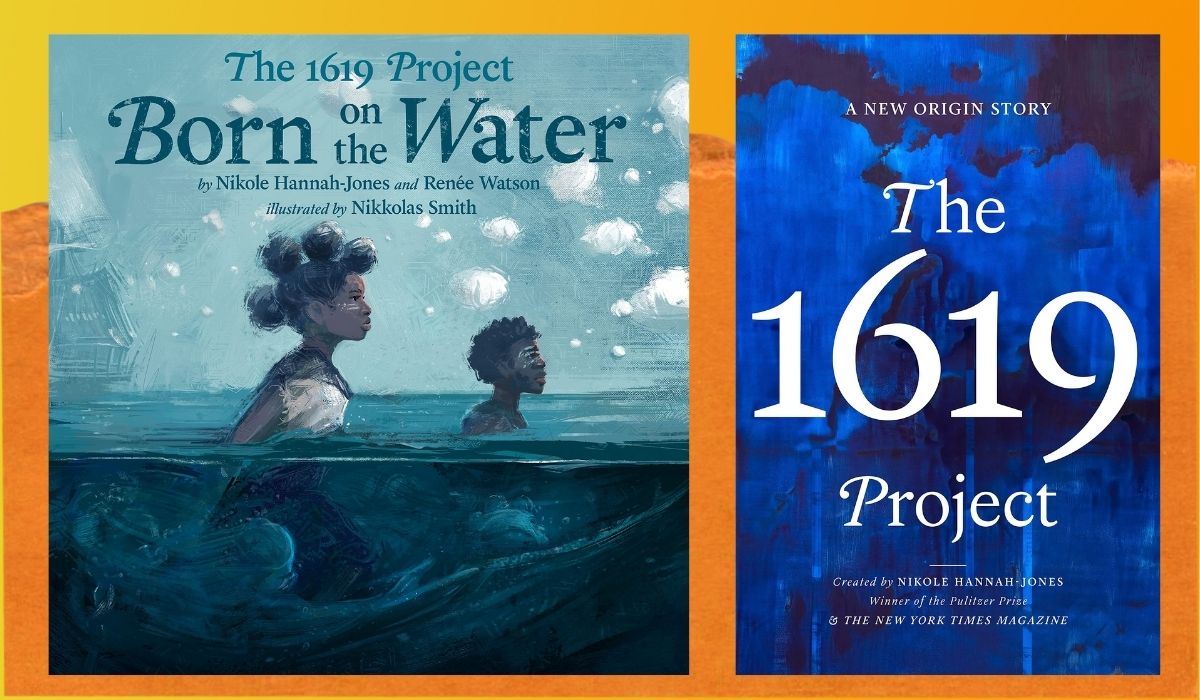 Since it was first published on August 2019—the 400th anniversary of the first enslaved Africans arriving in Virginia (what would be the U.S.)—The 1619 Project has been an opportunity to educate oneself on the under-discussed and undervalued elements of American history. Led by Nikole Hannah-Jones and published by The New York Times Magazine, the Pulitzer Prize-winning work is an initiative grounded in essays, historical documents, podcasts, and educational tools to better understand how the institution of slavery and its modern-day holdovers shape American life.

The swift backlash resulted in the original project being banned from usage within classrooms across the country and conservative outrage. Let’s not forget the now-canceled, jingoistic 1776 Project that was formed by an executive order from Donald Trump and the unfortunately still kind-of-a-thing Texas 1836 project—both white supremacist propaganda tools, as if we didn’t have over a century of miseducation to undo as is.

The backlash hasn’t even just been from conservative voices and lawmakers. Hannah-Jones told the LA Times, “To see attacks on ‘The 1619 Project’ and this idea that racial reckoning has gone too far and now white people are the ones suffering is the most predictable thing in the world if you understand American history.”

Now, a little over two years later, an extended volume of the project that started it all was published as a book today called The 1619 Project A New Origin Story, along with an accompanying children’s book entitled The 1619 Project: Born on the Water. Also, for the rest of November, every purchase of A New Origin Story on Bookshop using affiliate links results in a book donated to We Need Diverse Books. The non-profit will distribute copies of books to low-income classrooms, libraries, and educational spaces across the U.S. 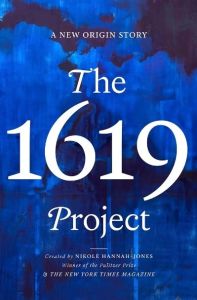 A New Origin Story is a continuation of the original project, but now there is a total of 18 essays that examine the legacy of slavery through the present and 36 poems and short works of fiction that highlight key moments of the shared struggle, systemic oppression, and the resistance of Black Americans. The book touches on culture, politics, citizenship, economics, religion, migration, and the idea of America as a democracy. 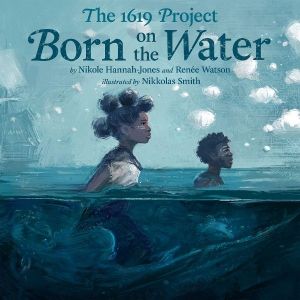 (Image: One World and Kokila.)

Told in lyrical verse, Born on the Water follows a young Black student frustrated with her school assignment, as she’s unable to trace her family tree beyond three generations. Then, her family gathers and explains both the consequences of slavery and the history of Black resistance. In addition to Hannah-Jones, the book is created by bestselling children’s and YA author Renée Watson and Houston-based author and illustrator Nikkolas Smith.

Celebration by activists, writers, and educators

On theme with the exploration of Black resilience, many celebrated these books’ publication and continued mission of accessibility of this knowledge.

happy birthday to this amazing book. every child needs to read this story and know it’s strength… @nhannahjones pic.twitter.com/RudyHLCdIf

Congrats to @nhannahjones and everyone involved in the 1619 Project. She’s taken all the arrows and heat and bad faith attacks and racist bile and somehow soared. Buy the book! https://t.co/8aF5d9pOgt

Hannah-Jones and some of the other writers and editors will be gathering for in-person and online events to discuss the books.

Chicago Public Schools was the first school district in the country to adopt the #1619Project as part of its curriculum and I am so excited to be back in Chicago for the release of the 1619 Project: A New Origin Story and Born on the Water. https://t.co/ndB2mqo8P0

Award-winning author Jaqueline Woodson applauded the work of Hannah-Jones and her peers. Many of the images shared in celebration this week have been of people in bookstores and at home with one or both of the books.

This book is family. And finally home. Happy Book Birthday to the #1619Project So proud of @nhannahjones & all of the brilliant contributors. pic.twitter.com/6rmRzNwZ0x

“The 1619 Project: Born on the Water” by @nhannahjones should be on every #schoollibrary bookshelf across the country. Teaching #K12 history must be accurate and include the stories of all voices. #KC_SaidIt #FReadom #txlege #txasl pic.twitter.com/8WfWxHZrt6

Upcoming projects with ABC and HULU

In addition to teaching, writing, editing, mentoring, and reporting, Hannah-Jones has been traveling across the U.S. working on a six-part documentary for ABC and Hulu.

In Mississippi filming an interview with a civil rights activist who during the 60s was arrested, held as a political prisoner & tortured at Parchman & this man wearing a Confederate flag sat on the Confederate monument taking photos of me. I told him then I’m taking yours, too. pic.twitter.com/0subI48D9D

One person (of many, I’m sure) tried to gawk at her lack of bylines after the backlash of the project, when this whole time she and others have worked to get two books out (during a pandemic!) and organize the docu-series.

Imagine not knowing that we have two big NYT #1619Project books coming out in a week, and that we’re filming a 6-episode documentary for ABC/HULU, but wondering why I haven’t had a byline for a year because apparently it’s your business what the NYT pays me to do. Chef’s kiss! https://t.co/Vc95DnKZ3D

Like the original materials, podcast, children’s book, and additional resources, The 1619 Project continues to center accessibility. Much of the ideas and evidence of the project already existed in academic text and/or in records hidden away. While some can chip away at these volumes and have the patience to do so, the vast majority of people cannot, and that is why this project’s continued efforts are so valuable to be digestible in multiple formats.

If you have money, you can buy the books and/or donate them, but if you don’t, you can request it from your library or engage with the material in many formats. With each arm of this project, we will all have a better understanding of how the myth of white supremacy and the realities of our racial caste system affect our day-to-day lives.

Click here to donate a copy of A New Origin Story to We Need Diverse Books, here to purchase one, and here to buy Born on the Water.

(Image: One World and Kokila.)