Remembering My Bowie: Giving Thanks for the Goblin King 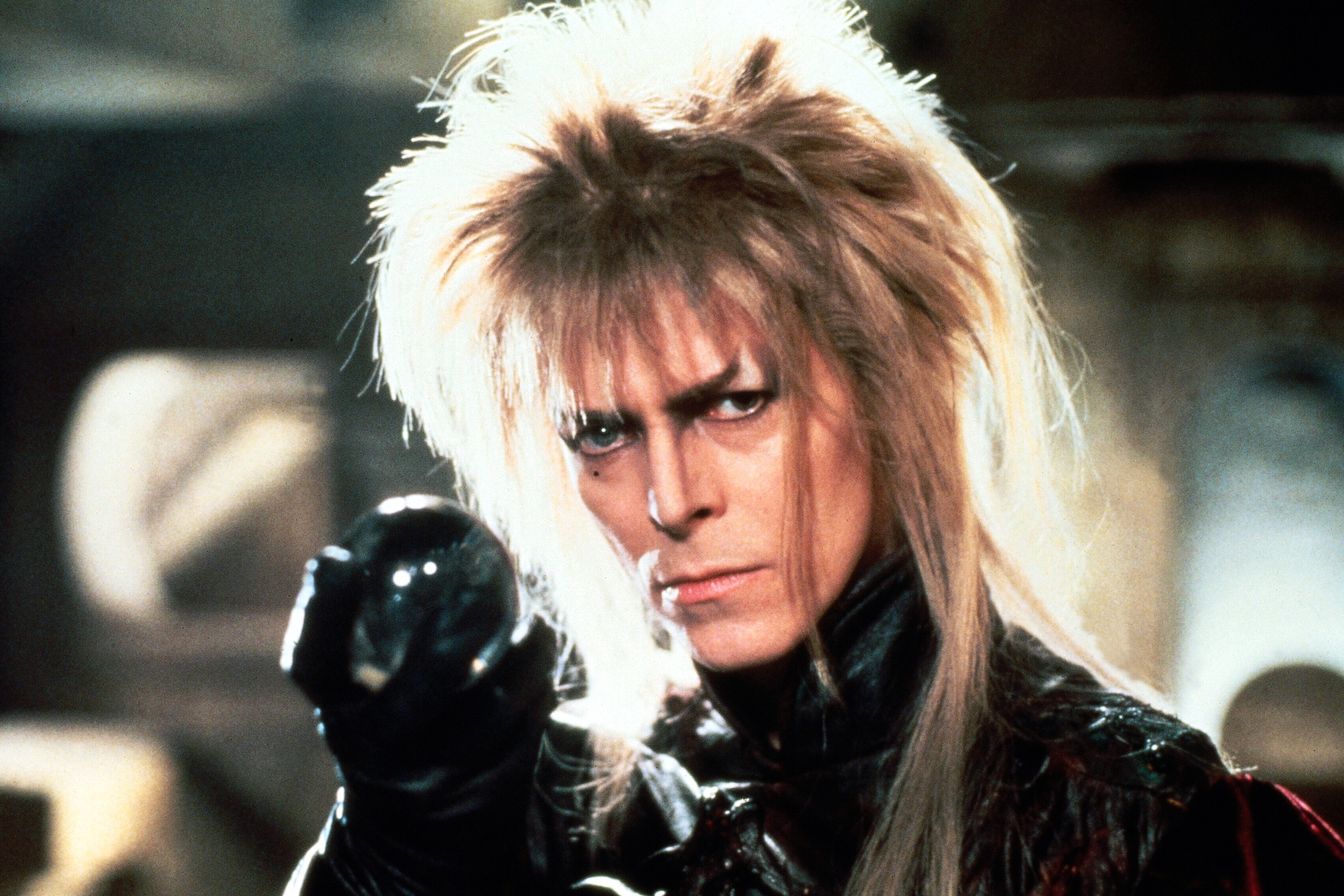 When I was six or seven, I spent a few weeks at my grandma’s house with my older cousins. They were teens at the time, and everything about them felt electric to me. I quickly tried copying their coolness; twisting my hair up the way they did, aiming for the quiet dignity they seemed, from across our ten-year-age gap, to have; memorizing the lyrics I could hear chattering from their Walkmans under the covers at night. When they told me that their favorite movie was something called Labyrinth, I knew I would love it, too.

My cousins and I drifted apart slightly after that summer, but Jareth and I did not. I would “play Goblin” for years after that first viewing, wearing capes and borrowing Bowie’s braggadocio, my best friend and I writing Labyrinth sequels and filming them in our backyard (she was always Sara, I was always Jareth. The Goblin King was mine).

There was a lot going on in my admiration for Jareth. He was beautiful in a way I didn’t feel myself to be–even when I was as young as six, I felt that my stomach, my nose, the beginnings of a double chin I constantly worried over, were Not Up to Sexy Code, at least for a girl. But as Jareth, I didn’t feel that it mattered. Bowie’s swagger was so intense that I never questioned whether or not he looked “good”–partially because no duh he did, and partially because his confidence was such that I never once doubted he was Hotness Manifest, even though I recognized that he didn’t dress or act like the men I saw in most media. I’m not sure I would have stanned so hard for a similarly androgynous female character–I had a lot of internalized misogyny going on, and because I knew Bowie was a man, I granted him an immediate authority and ‘coolness’ I wouldn’t have perceived in a woman–but, in part because Jareth’s feminine qualities seemed to add to his allure, he became a character I could play to shed some of my self-hate.

Of course, just because Labyrinth was personally meaningful to me, a woman, doesn’t mean it’s a “Feminist Movie” (whatever that means) or a movie that’s without its ~problematic elements~. I don’t want to imply that my personal experience was objective, or even entirely positive. Like Christian Grey, or The Phantom, or any of the infinite Lesser Jareths out there, The Goblin King was an abusive and toxic partner, and the age difference between Sara and Jareth should be viewed with some healthy critical distance: he’s an Adult Goblin Despot, she’s a teenage babysitter from the mortal realm. That’s an unhealthy power balance, for sure. It also obviously would have been amazing to see a less morally dubious character flouting gender norms, since in some ways Jareth may have just reinforced vilification of people who don’t appear to fit into the binary.

But for me, Labyrinth shifted my perception of gender norms, and of myself, in a way that I’m mostly grateful for. I wish that I hadn’t needed to perform Bowie in order to approach self-love, but regardless, when I need to borrow confidence from somewhere, I still think back to the days before I was even in double digits, dancing around in a cape in front of the mirror and feeling free to think, for once, I AM A GODDAMN BABE (WITH THE POWER).

As I grew older and started to better understand the feelings I had about Jareth and the Pants Bulge That Launched A Thousand Sexual Awakenings, I began to appreciate Bowie apart from The Goblin King. I haven’t yet developed the intense connection to his music that a lot of people have–not that you can really separate any aspect of a chimera like Bowie from another, although music fans are going to honor him in a way I just can’t–but his bisexuality meant a lot to me.

I think there’s a lot to be written about why some people (myself included; I’m not proud of it) are so intent on labeling and politicizing a celebrity’s sexual identity. Our obsession is understandable given the ongoing need for positive representation, but I think it can be unfair and ultimately ineffective to expect celebrities to be an ever-fixed mark for the queer community. Still, the fact that Bowie was, for a time, one of society’s default examples of “bisexuality,” was incredibly important to me. He was sexy, he was confident, he was functional, he was desired, he was widely accepted as bisexual regardless of the gender of his partner. I worry constantly that I’m not straight enough or gay enough to satisfy anyone, but Bowie’s swagger, and the fact that he had the mass following to back it up, continues to validate me during my own coming out process.

Everyone is going to remember Bowie for something different. But Jareth was my Bowie, and I’m so sad to say goodbye to the actor, and so grateful that we have Labyrinth as one of the many enduring testimonies to his power.

Goodnight, sweet Goblin King. May you and Jim Henson get up to some dance magic wherever you are now.