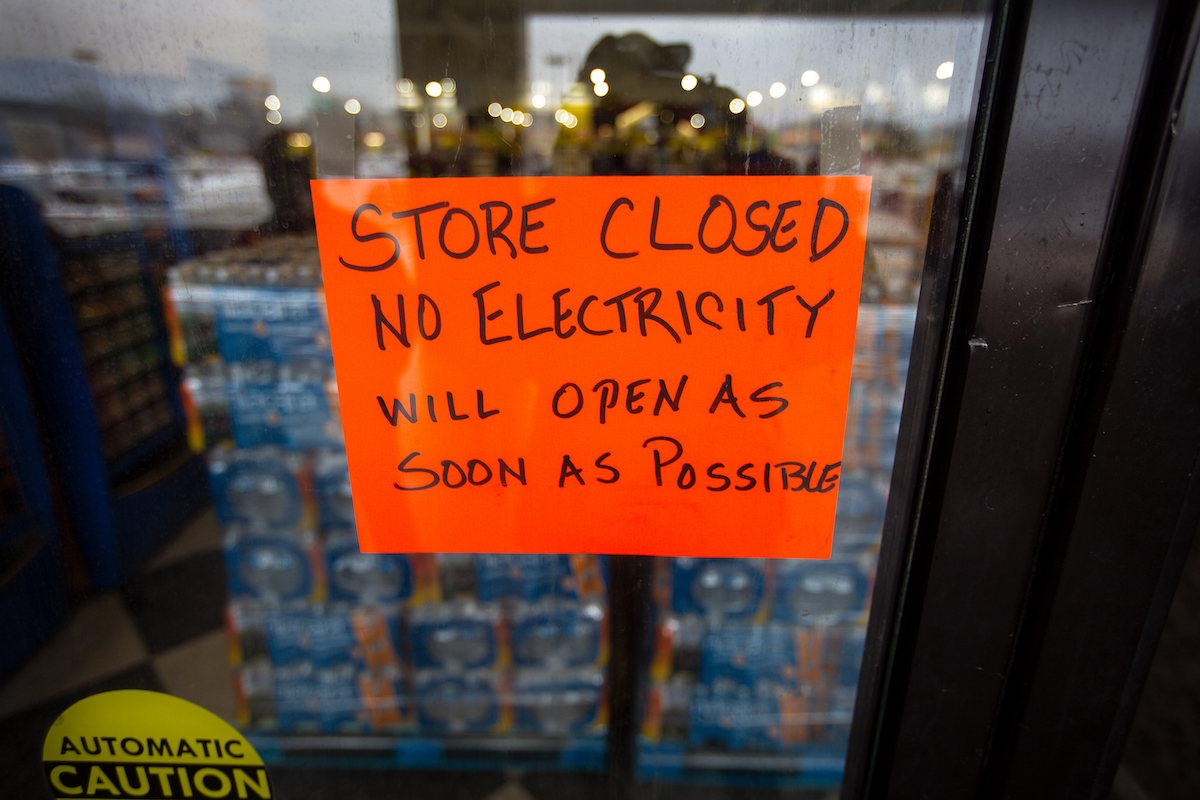 Over the last week, millions of Texans were without power, drinkable water, and other essentials during the massive winter storm that hit the state. For those who were lucky enough to never lose electricity or only lose it intermittently, their utility companies are now making sure they regret their good fortune.

Texans who used even a tiny bit of electricity during the storm have been reporting massive utility bills. Many are being charged thousands of dollars for one week of power.

Texas friends- TAKE YOUR ELECTRIC BILLS OFF AUTO-PAY. My billing cycle just started this week and it’s already 8 TIMES my normal payment with 25 days left to go. I sat in the dark and barely used my heat. We need to demand relief for these bills. This is so criminal and evil.

Updated Griddy bill! 1300 sq ft. Heat set at 60, no laundry, no running dishwasher, no stove/oven cooking, only used air fryer , lights off during the day candles at night most of the time , Tv on some. Some how they say I used 1772 khw. $5,000 @wfaa @FOX4 pic.twitter.com/r1eidadyur

It’s now up to $2,550 for only half a month! I live in a 990 sqft apt and the heat was only set to 65 the whole time. To add insult to injury, I wasn’t even home during this time, so no lights were on! Never in a million years did I think it would cost $1,000 per day! @GoGriddy pic.twitter.com/CelZSIEt7N

It’s nice too see that my old electric company is trending. My Griddy bill for this month is $1,750. I work retail. I can’t afford this. pic.twitter.com/Ew9VpgJ6h2

My parents use Griddy and immediately realized their electric bill was skyrocketing so they shut everything down. They had power throughout the entire storm and aftermath, but still sat there in the freezing cold for days cause they couldn’t afford to turn on the heat. https://t.co/03DJD8eYVu

The New York Times wrote about one man who was charged nearly $17,000 for the week:

“My savings is gone,” said Scott Willoughby, a 63-year-old Army veteran who lives on Social Security payments in a Dallas suburb. He said he had nearly emptied his savings account so that he would be able to pay the $16,752 electric bill charged to his credit card — 70 times what he usually pays for all of his utilities combined. “There’s nothing I can do about it, but it’s broken me.”

Over the last few days, Twitter has been full of people warning their fellow Texans to take their utility accounts off of auto-pay, especially those on variable-rate plans, where the price of electricity varies based on demand. Obviously, last week, as the state’s power grid went down, demand was high and prices skyrocketed.

NPR writes that “The average price for electricity in Texas in the winter is about 12 cents per kilowatt-hour, according to the U.S. Energy Information Administration. Texas utility regulators allowed that price to rise to $9 per kilowatt-hour.”

There were some who suggested that this kind of algorithmic price change would be corrected by the companies. Surely no one could be expected to pay thousands of dollars during a natural disaster, inside of an even larger pandemic, right? Nope! CPS Energy (“the nation’s largest municipally owned gas and electric utility”) let their users know that while they’re holding off on massive bill spikes in the short term, they’re still planning to pass them on to customers over the long term.

Serfdom is back, baby! https://t.co/CawBKVF9t4

Who had “Student Loan Forgiveness Because You’ll Need That Money To Pay For Your Texas Utility Bill” on your 2021 bingo card?

One utility company claims to be as opposed to the price gouging as its customers. Griddy, a popular wholesale power retailer (as seen in tweets above), even offered customers incentives to dump them and switch to a different provider last week. But switching utility companies isn’t an immediate process. It can take a few days and in the middle of a winter storm, that isn’t the most practical option for most people.

Now, Griddy has released a statement saying they’re “pissed” about customers’ skyrocketing bills, blaming the Public Utility Commission of Texas and the Electric Reliability Council of Texas (ERCOT) for changing the market rules in the middle of a crisis.

“We intend to fight this for, and alongside, our customers for equity and accountability – to reveal why such price increases were allowed to happen as millions of Texans went without power,” the company wrote in a blog post.

Texas’ governor Greg Abbott is also calling for an investigation into ERCOT. Texas’ energy market is wildly unregulated and, as the Times writes, “allows customers to pick their electricity providers among about 220 retailers in an entirely market-driven system.”

That’s similar to the kind of system that caused California’s energy crisis in the early 2000s, not that that has previously stopped Texas Republicans from blaming coastal energy issues on liberal politics.

There was a good amount of smuggery on Twitter over the last week, with people suggesting Texans were getting what they deserved for being a red state. Not only does that ignore issues of voter suppression and gerrymandering designed to make the state a Republican stronghold (not to mention the fact that everyone deserves health and safety and reasonable utility bills no matter how they vote), but it’s pretty naive to think that flipping the state’s politics is the solution to a problem caused by a broken system and a universally impactful climate crisis.

Voting Ted Cruz out of office sure would feel nice, but these issues run much deeper than party divisions.