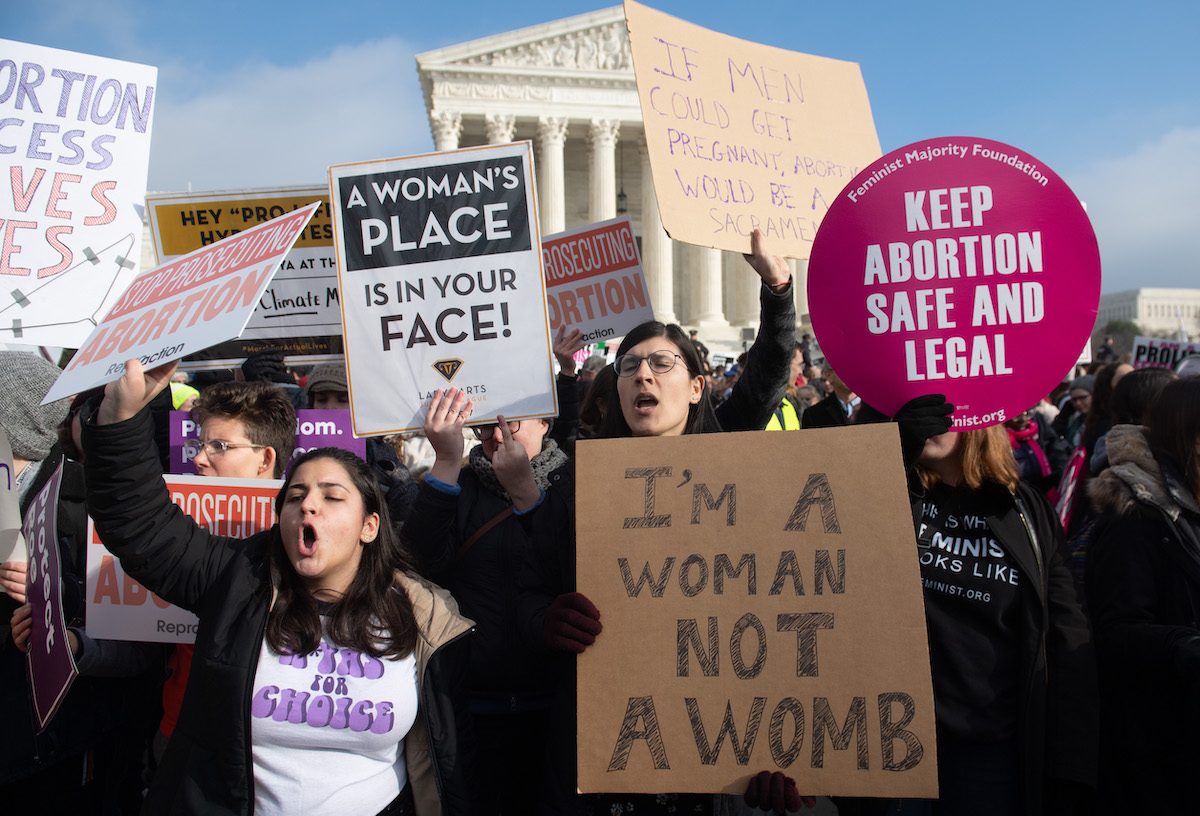 For decades, the anti-choice movement has insisted on branding themselves “pro-life.” Choosing that name was a masterfully effective piece of marketing, but it didn’t actually reflect their values.

If these people were really pro-life, they would care about our country’s maternal mortality rate as much as they care about abortion; they would support the breast cancer screenings and other health services provided by clinics like Planned Parenthood, rather than try to “defund” them; they would support free and easy access to contraception so that people could be in control of their own reproductive options; they would attend protests for children being separated from their parents at the border, children who can’t drink the water in Flint, Michigan, black children being killed by the police across the country, and so many more, instead of just protests against abortion.

These people are not pro-life, they are pro-birth and anti-woman. And that’s never been clearer than in a bill recently introduced in the Texas House which would make it possible for women to receive the death penalty for having an abortion.

It’s pretty hard to call yourself “pro-life” while pushing an ideology that raises maternal mortality rates AND threatens women with EXECUTION for accessing reproductive healthcare. https://t.co/2azgL5CulD

This bill, written by Republican Rep. Tony Tinderholt, would allow for abortions to be considered homicide, in a state that allows for capital punishment in homicide cases. There are no exceptions written into the bill, such as rape, incest, or threat to the pregnant person’s life.

Tinderholt says that his bill “simply accomplishes one goal. It brings equal treatment for unborn human beings under the law.” But he also claims that it will make women “more personally responsible” and when he first introduced this legislation back in 2017 (it was dismissed without a public hearing), he put a lot of emphasis on his desire to see punishment for what he clearly sees as women’s wantonness.

“Right now, it’s real easy,” he told the Observer (via Vox). “Right now, they don’t make it important to be personally responsible because they know that they have a backup of ‘oh, I can just go get an abortion.’ Now, we both know that consenting adults don’t always think smartly sometimes. But consenting adults need to also consider the repercussions of the sexual relationship that they’re gonna have, which is a child.”

Speaking of children and repercussions and responsibilities, it feels important to note that Mr. Family Values here has been married five times to four women and has children by at least two of those women. Normally, I would say his personal life isn’t worth bringing into a discussion of his politics, but as long as he’s out here trying to legislate our bodies, I think it’s pretty relevant.

Meet Tony Tinderholt. Hardcore “family values” crusader who is anti-abortion and anti-gay marriage but… wait for it… has been married 5 times and is only 48.

The Texas GOP continues to be a self-parody. https://t.co/WcGNlacQX3

“Rep. Tinderholt (R)….has been married five times and argues that the measure is necessary to make women ‘more personally responsible.’”
Get ALL the way the fuck out of here with this. Also, let’s donate to vulnerable TX women: https://t.co/RFxF3l9tLd https://t.co/KF3uVDviag

Tinderholt’s bill isn’t likely to pass, but it does give a window into just how far many Republicans are willing to go to control women’s bodies. At the bill’s public hearing this week, lawmakers heard testimony from more than 400 religious leaders, anti-choice activists, and passionate Texas residents.

“A woman who has committed murder should be charged with murder,” argued the president of one anti-choice group (via the Washington Post). Another woman felt confident telling lawmakers, “We are literally missing billions of dollars in taxpayer money,” suggesting that criminalizing abortion would see a boost to the economy from all the babies being born, because through the “pro-life” lens, women are chattel, meant to bear children for the greater good.

The idea of punishing women—and specifically murdering women—for seeking abortions isn’t supported by the entire anti-choice movement. A number of anti-choice groups have spoken out against Tinderholt’s bill. But pushing for fetuses to be granted “personhood” is not a new or radical concept for them. Republicans in a number of states are currently pushing for the concept. Tinderholt is clearly a monster, but he’s just taken existing GOP beliefs to their (il)logical extreme.