An Alabama Judge Gave a Fetus the Same Rights as Born, Living Women 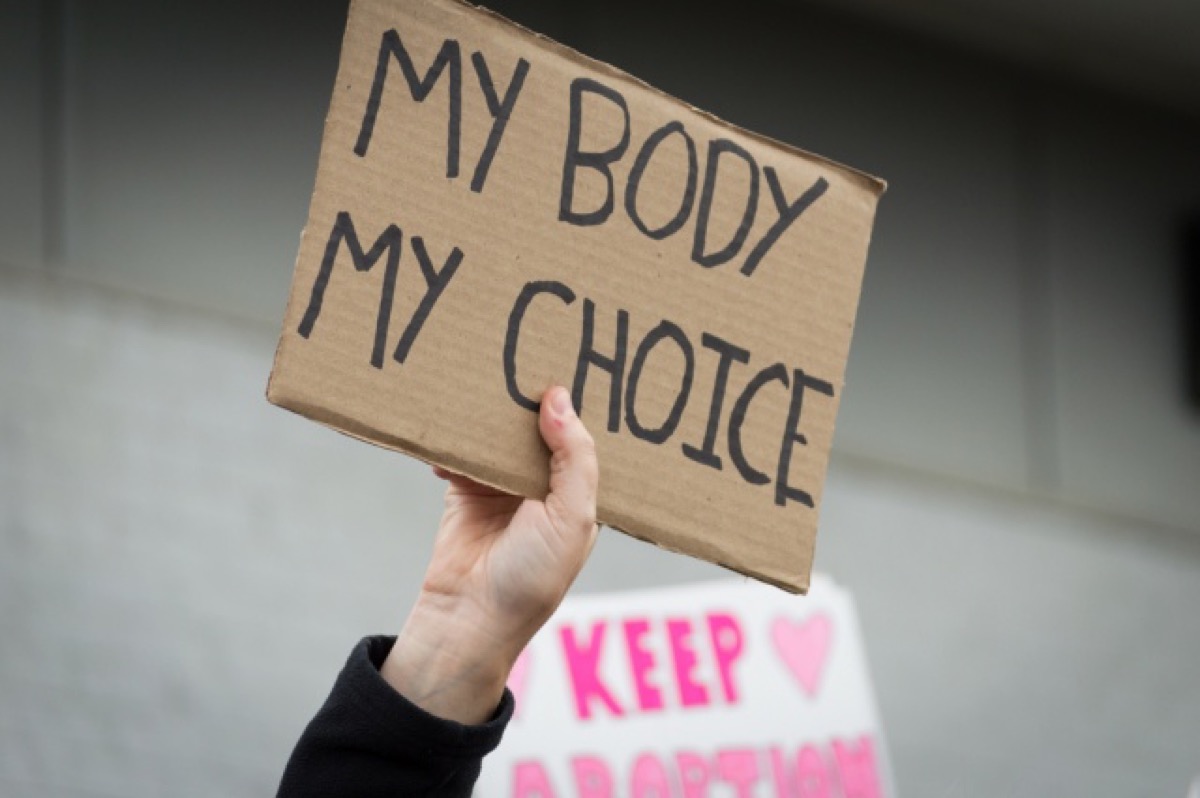 Last month, an Alabama man filed a lawsuit against an abortion clinic on behalf of an aborted fetus, asserting the fetus had “died” in a “wrongful death” when his ex-girlfriend had an abortion, and this week, in a terrifying but ultimately unsurprising move considering the growing power of the fetal personhood movement, an Alabama court has accepted the lawsuit.

From the confirmation of anti-choice, alleged sexual predator Brett Kavanaugh to the Supreme Court, to the wholly inaccurate fear-mongering dialogue we’ve been hearing about later abortion from leading politicians, according an unborn fetus virtually the same rights as born, living women seems like a natural progression.

According to the lawsuit, plaintiff Ryan Magers’ former partner initially informed him of both her pregnancy and her plan to terminate the pregnancy in January 2017, at which point “he pleaded with the Mother not to kill Baby Roe.” The woman ultimately chose to have the abortion at six weeks into her pregnancy.

On Monday, Madison County Probate Judge Frank Barger formally recognized “Baby Roe” as a person with legal rights, and recognized Magers as the representative of the aborted fetus’ new estate. Judge Barger’s decision was made possible through a new state statute passed last November, which recognizes fetuses as legal persons from conception.

While the ultimate outcome of the lawsuit remains to be seen, it certainly doesn’t bode well for the female defendant—nor for any American women, really—that an aborted fetus is receiving the same legal rights and representation as a born human being. A world in which a private, personal, and often either life-saving or life-affirming health care decision could be legally treated as murder is a terrifying one for all women and pregnant people.

Now that this draconian, frankly terrifying lawsuit is officially in play, it seems worth repeating—as it always is—that personhood is inextricably bound to autonomy. We cannot grant unborn fetuses personhood without stripping personhood from a born, living pregnant woman. We can never forget that the end-goal of the anti-choice movement, which this Alabama lawsuit comes dangerously close to, is the mass dehumanization of all women and pregnant people.

This week, the state legislatures in Iowa and Rhode Island both took steps to update their Constitutions on abortion rights. Suffice to say, they took steps in very different directions.

State legislators in Iowa moved a bill that would explicitly state there is no right to an abortion in the state Constitution out of committee. This bill could pave the way to ban or criminalize abortions in the state if the precedent of Roe v. Wade is reversed by the conservative-majority Supreme Court. In contrast, lawmakers in Rhode Island advanced a bill that would explicitly codify abortion rights into the state Constitution in the event that Roe is reversed.

Bills like this are becoming increasingly popular in state legislatures in the Trump era, now that the fate of safe, legal abortion access is up in the air like never before. Of course, none of this is to say that even with Roe in place, abortion rights are accessible for all. Ninety percent of U.S. counties lack abortion providers, and a third of the 1,200 state-level laws restricting abortion access have been enacted in the last decade or so alone.

It’s crucial that, like Rhode Island, we fight to protect Roe v. Wade, and it’s also crucial that we expand the increasingly inaccessible reproductive rights already in place.

In news that should surprise absolutely no one, the domestic gag rule recently implemented by the Trump administration, to prevent doctors and health care providers from telling women and pregnant people about abortion, could yield a national public health crisis. Anyone who’s surprised by this news really shouldn’t be.

According to the nonpartisan American Medical Association, which joined Planned Parenthood in filing a lawsuit against the Trump administration this week, the result of the gag rule could be a “national public health crisis.”

“Pregnancies that are unintended, and thus riskier, will increase. The number of abortions will also increase. And there will be fewer tests for sexually transmitted infections and cancer screens—putting patients and their partners at great health risk,” the lawsuit states.

Planned Parenthood, an organization that offers abortion care, serves more than 40 percent of the estimated 4 million patients who rely on Title X to access health care, and the gag rule would do more, even, than restrict abortion, also preventing many women from even knowing safe, legal abortion care is an option for them.

Last week, an 11-year-old Argentina girl’s forced C-section sparked global controversy, because the girl had been denied an abortion by the government, after she had been impregnated by rape. Following this news, the Guardian reported that thousands of girls in Argentina are denied abortions after being impregnated by rape each year.

The 11-year-old Argentinian girl met both standards, but had been forced by local anti-abortion doctors to carry to term regardless, and according to data and interviews published by the Guardian this week, this girl’s experiences are hardly an anomaly.

In 2017, there were 2,493 live births in Argentina from girls younger than 15, while 91,500 were born to girls and young women between 15 and 19. Many were the result of rape by family members. This is especially concerning as the World Health Organization has found that complications in pregnancy and childbirth are the leading cause of death among 15 to 19-year-old girls.

In other words, it truly can’t be stated enough that the “pro-life” movement—in the U.S. and around the world—is anything but, and policies of forced birth have the potential to not just ruin, but also end girls’ and young women’s lives.