From “Texas Taliban” To “Women’s Rights,” Abortion Advocates Have a Problem With Language 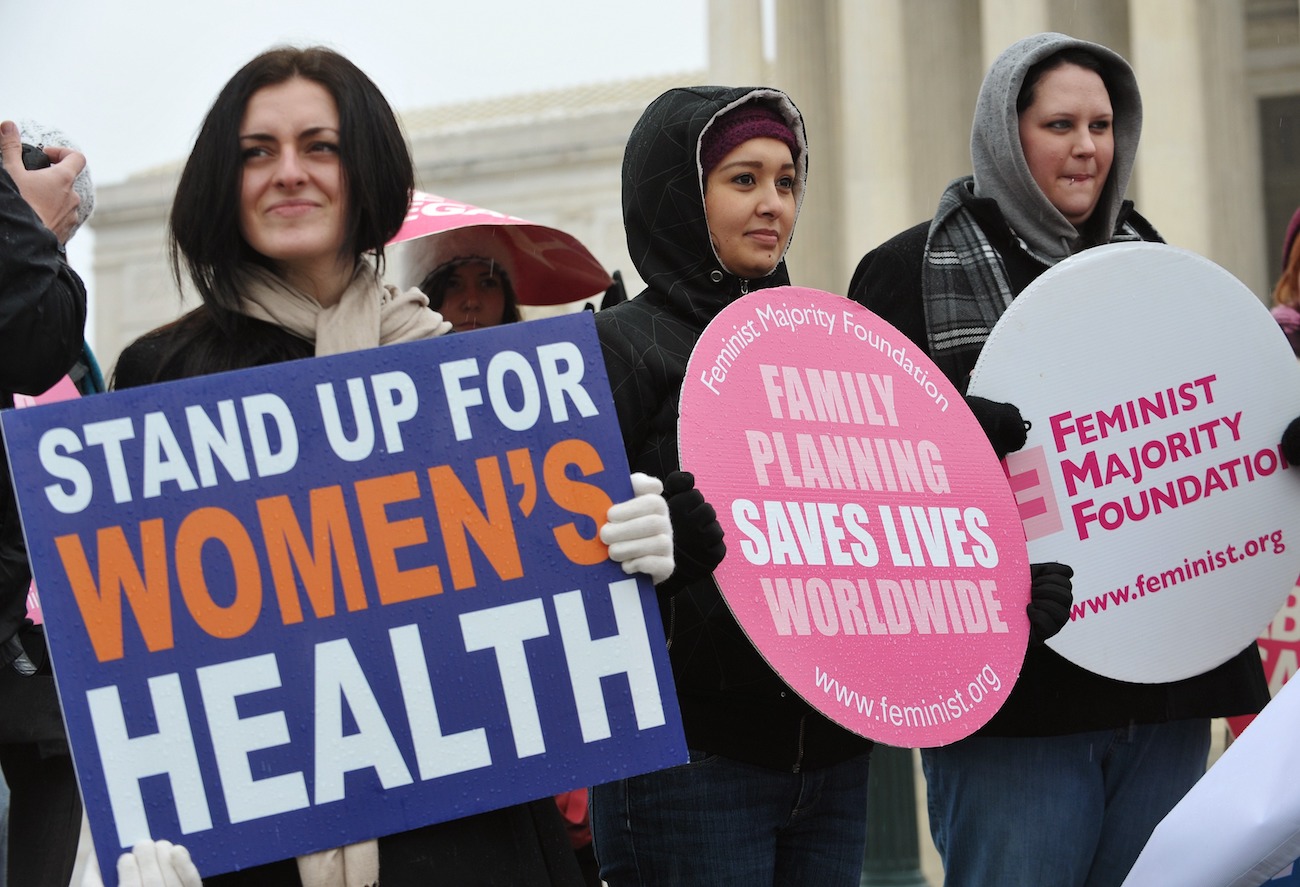 When it comes to talking about abortion, anti-choice advocates are the masters of weaponizing language. From co-opting and bastardizing pro-abortion language to suit their own agenda (“my body my choice” is not applicable to mask mandates) to getting factually incorrect and emotionally manipulative language to stick (they are not “pro-life,” and “fetal heartbeats” aren’t a thing), no one does linguistic propaganda like abortion opposers.

But pro-choice advocates have our own issues with language. Even the term “pro-choice” comes with a lot of baggage attached. For starters, it’s seen by many as a euphemism used to avoid saying the word “abortion,” which is a word we shouldn’t be hesitant to say just because the right has tried to vilify it. It also erases a huge number of people who have abortions not out of choice but out of necessity. People who experience miscarriages may need to undergo a surgical abortion to clear the uterus, and people may experience severe medical complications during pregnancy and need to have an abortion or risk extreme, life-threatening medical complications.

These people are also affected by draconian abortion bans, but some may bristle at their experience being called a “choice.” On the other hand, plenty of people who would never consider getting an abortion themselves feel far more comfortable calling themselves “pro-choice” than pro-abortion. Language is tricky and so the discussion continues.

But there are other sorts of language we use around abortion that are far less debatable, or they should be.

Much of our language around abortion erases trans men and nonbinary people from the conversation. Yes, reproductive justice is an issue that affects women. But it does not affect women exclusively. Erasing others from the discussion around reproductive rights doesn’t help women, and it does cause real harm. In fact, it only helps those fighting to take away our right to make decisions about our own bodies.

In an article at Rewire News published in 2019, writer s.e. smith noted that many of the same organizations and individuals looking to eliminate access to abortion are also fighting against transgender people’s rights to make decisions about their own healthcare.

“While many of the religious impositionists attacking abortion access would likely refuse to acknowledge that women are not the only recipients of abortion care, it’s impossible to ignore the fact that many of these self-same individuals are also threatening transgender health care,” smith writes.

“The same people fighting abortion rights are often the ones lobbying against anti-discrimination protections for trans people, so abortion rights advocates undermining trans autonomy by failing to be inclusive is no doubt a pleasant bonus for them.”

It’s not just TERFs that might find themselves resistant to adopting gender-neutral language when discussing abortion. But that doesn’t make it any more acceptable. In another Rewire article, Imani Gandi writes:

There’s something powerful about talking about the reproductive rights of women. I can imagine that for some people, it evokes a sense of sisterhood and is a nod to women’s centuries-long struggle for equality. I get it. I do. But ultimately, who gives a fuck. Yes, trans men are men, but they are not the men chipping away at abortion rights and squeezing access. Trans men aren’t the ones driving abortion policy in the United States. Cis men are doing that. Trans men and nonbinary people are simply trying to live—and get health care—without being harassed and singled out.

Sometimes it feels like people think non-binary people and trans guys getting pregnant is just a hypothetical and not like, a thing that actually happens in real life

Sending some love to the birthing folks being left out of a lot of abortion conversations. The “if men could pregnant” rhetoric plus the discourse around the Lil Nas X pregnancy shoot feels like it was a lot.

There’s another part of our current abortion discourse that we desperately need to put an end to, and that’s cutesy phrases about red-state bans like “Texas Taliban.” This phrase has been all over Twitter recently and it has to stop.

In addition to being racist and Islamaphobic, it’s simply unnecessary. Are you looking for a phrase that describes a facet of the government that is trying to police the bodies of women and other marginalized people, that wants to exert an incredibly intimate form of control over their bodies and entire lives? That exists! It’s the Christian right. It’s the people enacting these laws here, right now, and for hundreds of years before in this very country. We don’t need to outsource our references to oppressive forces; America has never had a shortage of them.

Western Christianity was oppressing women centuries before the Taliban existed. So is America’s right wing the “American Taliban”? Or is the Taliban the “Afghan Right”?

American Taliban is trending because white people don’t know how to look their racist country in the eye. If you have to use xenophobia and Othering to make your point, you should just shut the fuck up

As Texan journalist Andrea Grimes wrote at (yes, you guessed it) Rewire (seriously, their coverage of reproductive issues is unparalleled), “To fixate on an ‘American Taliban’ is to derail an important and necessary conversation about the ways Christianity has been used, and continues to be used, as an excuse and a means to oppress and marginalize American citizens, right here on our own turf.”

The reality is that words mean things—if that sounds pedantic and obvious, consider the fact that people who don’t agree with me are going to claim I’m getting all riled up about something that’s no big deal, while they fight tooth and nail to say these things without being criticized.

Words express shared cultural ideas, and to pretend that “American Taliban” or “Texas Taliban” are just cute accidents of speech, or innocent verbal shorthand, is to ignore the very real history of organized, politically endorsed, and perpetuated systemic racism expressly meant to oppress and silence a particular group of non-white folks, both inside and outside the United States.

Grimes is right that “words mean things,” not least of all when something as important as the fight for reproductive freedoms. I know some people resist making changes to the kind of language they’re used to using because it’s easier—it’s easier to keep saying things like “women’s rights” than to relearn to talk about pregnant or menstruating people in new ways. But this fight is real and it’s dire. Resting on “easy” doesn’t help anyone.