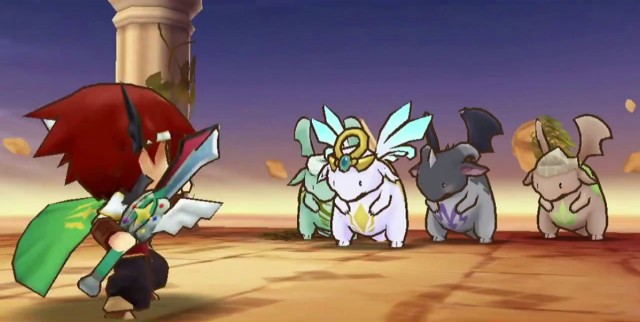 It almost goes without saying now that the two most addictive things to come out of portable gaming are the brick-racking frenzy of Tetris, and the monster-collecting of Pokemon. So it seems odd that it’s taken this long for a developer to mash these ideas up, but that’s just what EA’s done with recently announced game Tetris Monsters.

The battle system has you making your party of monsters attack by creating blocks of lines as you would in regular Tetris. Think Puzzle Fighter but even cutesier, and you’re on the right track. Check out the announcement trailer to get a better idea of how exciting this mashup looks:

Tetris Monsters has been confirmed for a release on the Japanese App Store sometime this summer. This is most likely meant to compete with the Japanese iOS smash hit, Puzzle & Dragons. While that game was released in the west, it didn’t find nearly as much success. But considering how huge Tetris is here, I’d say it has a better chance of taking off should EA decide to bring it stateside.