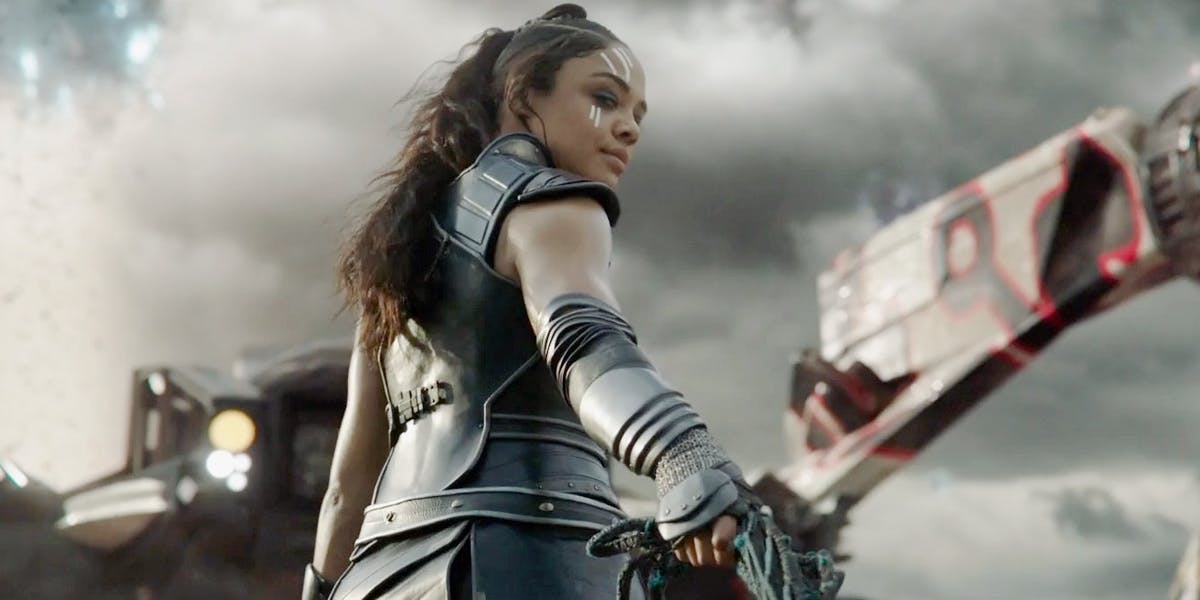 One of the biggest disappointments of Avengers: Infinity War was the lack of answer as to what happened to Valkyrie. The Russo brothers all but confirmed that she wasn’t killed in Thanos’s opening attack on the Asgardian refugee vessel, but outside of one comment Thor makes about how half his people were slaughtered, we don’t hear anything about her or the surviving Asgardians for the rest of the film. It seems as though, with a much smaller cast, Valkyrie will have a more pivotal part to play in Avengers 4, as Tessa Thompson is heading to Atlanta with Chris Hemsworth.

The news comes from Thompson’s Instagram story, and was first reported by The Wrap. Thompson posted a video of herself and Hemsworth (as well as Hemsworth’s stunt double Bobby Holland Hanton) on a private plane with the caption “Bye London!” Later on, Hanton posted a photo of Thompson and Hemsworth disembarking the plane captioned “Hello Atlanta.” Atlanta, coincidentally, is where they’re filming Avengers 4. Coincidence? I think not!

This isn’t the first time that Thompson’s been reported on the set of Avengers 4. Set photos leaked in 2017 of Valkyrie in a cathedral with Thor and Bruce Banner, and given the secrecy shrouding the shoot (and the fact one of the Russo brothers deleted a photo of himself at the cathedral from his social media), it probably was for Avengers 4, especially since we know it could not have been for Infinity War given when Thor makes it to Earth. There was also Vanity Fair’s Marvel shoot, which featured Thompson in Valkyrie gear and sporting a new hairdo than when we last saw her at the end of Ragnarok. It’s a small detail and I could very well be reaching, but it could be a clue as to what her appearance looks like in Avengers 4.

Now that we know that Valkyrie is out there, the question becomes what her role is in the film. This film will essentially serve as a swan song for most of the original Avengers, so it makes sense to give them some of their more popular supporting characters to play off of as they take their final bows. Valkyrie, who must have escaped with the rest of the Asgardians during Thanos’s attack, probably has been serving as their leader, since the two heirs to the crown are either dead (RIP Loki) or off Avenging, and Heimdall was killed in the attack as well. It would make sense for Valkyrie to step up as the leader, leading the new Asgard into battle to stop Thanos once and for all and to lead her people into a new tomorrow now that Thor might not, you know, make it to the final credits.

What role she and the other Asgardians could play in Avengers 4 remains to be seen. I hope she’s in a leadership role, and I really hope they didn’t bring her back just to kill her off; that would be super not cool, Marvel. Hopefully, she and Carol Danvers will interact and also punch some misogynists in the face together. Whatever happens, it’s good to know that she’s making a return, and hopefully will have a larger role to play in future Marvel movies.

(via The Wrap; Image: Marvel)