Glenn Beck Is Making A Movie About Tesla And Edison

Well, this could become a cult favorite. 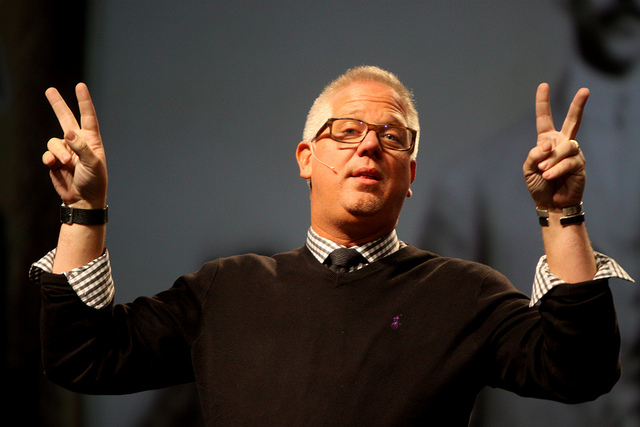 Glenn Beck says he is tired of politics, he’s tired of Hollywood, and he’s tired of all the fame and glory being given to “bad man” Thomas Edison. It’s the biased biopic that I never would have expected: Glenn Beck is making a movie revealing the darkness behind the (debatable) inventor of the light bulb. Presumably, GE will not be sponsoring.

Beck explained to The National Review with trademark level-headedness that although Edison is perceived as “this nice, kind of, good old Thomas,” he was in fact “really a bad man who was electrocuting animals.”  Beck claims Edison

was absolutely on the wrong end, and luckily for him the story ended happily with his name being taken off his own company and given to GE. And all the people he tried to destroy and screw — he was screwed.In the end, he was screwed, and with the same tactics he used on everybody else. I think that’s the story that needs to be told about Thomas Edison: He was a bad man.

I’m guessing Beck’s movie will be called “How Many People Does It Take To Screw The Semi-Inventor of The Lightbulb,” to which the answer would probably be just one, if you have the resources and loyal following of Glenn Beck.

As Gizmodo points out, Beck doesn’t specify when his exposé will hit theaters or if it will be a documentary or drama, but rest assured that it will be bananas and very, very pro-Tesla. Excerpts from Beck’s book Miracles and Massacres: True And Untold Stories of The Making Of America and segments from his web show demonstrate that Beck is extremely enthusiastic about the ability of Tesla’s inventions to launch us all into the future.

On a December 2nd, 2013 episode of his show The Blaze, Beck explained what he thinks would happen if we embraced the inventions of presumed “nice man” Nikolas Tesla:

My iPad would never go dry. I’d never have to plug it in because he would just be sending electricity concentrated through the air. Well, when he started these experiments, it worked so well that they kicked them out of Colorado.

Beck goes on to say that embracing Tesla’s ingenuity would bring us closer to automated drones, flying cars, and, literally, the age of the Jetsons. But Beck doesn’t think a Tesla-powered future will be all robot butlers and highways in the sky, saying

Now the question is: Will we implode? Will we become a society that just falls in – and I mean this as globally – to communism.

This and many more surprising questions will likely be raised in Beck’s newest foray into film making (he’s also working on a movie about the meaning of Christmas).

Political differences aside, I’m actually glad Glenn Beck is so interested in this subject matter. Whether or not the Tesla vs. Edison feud is overhyped, I think it would make an amazing and, yes, very American film. Possibly with Benedict Cummerbatch as Edison? His roles as Khan and Smaug have definitely prepared him to play a “bad man.”

And if Beck’s love letter to Tesla is simply unwatchable? Well, we could just kick him out of Colorado. Which isn’t a thing that happened, exactly, but sure.

(The National Review via Gizmodo, image via Gage Skidmore)