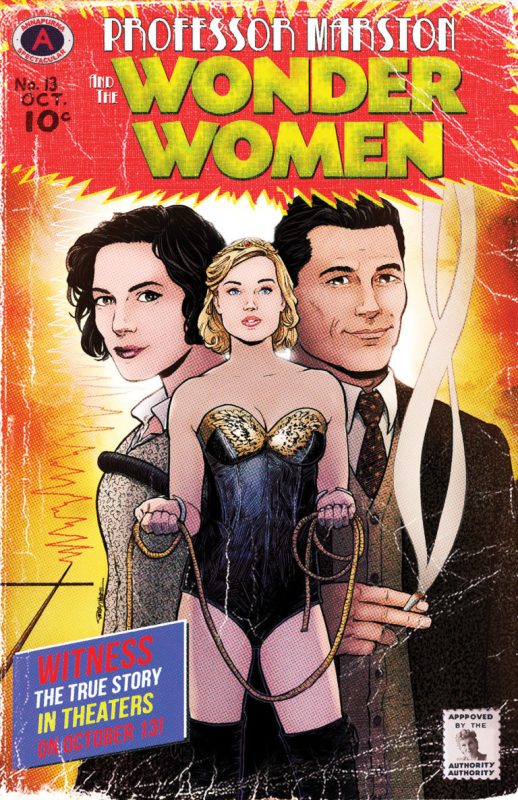 We’re very excited for Angela Robinson’s upcoming film about the story behind the greatest female icon in comics, Professor Marston and the Wonder Women, which arrives in theaters next week from Annapurna Pictures! They’ve wrangled current comics icon Terry Moore (Strangers in Paradise) to create the beautiful poster above, which evokes Wonder Woman’s old-school comic book past.

It makes sense that Moore was tapped. After all, Robinson will soon begin collaborating with Moore on the big-screen adaptation of Moore’s Strangers in Paradise which, according to Moore, Robinson gets “on every level.” So, it seems he’s returning the favor beautifully, capturing the spirit of Rebecca Hall’s Elizabeth Marston, Bella Heathcote’s Olive Byrne, and Luke Evans’ titular professor.

We here at The Mary Sue will be continuing our coverage of the film with some video interviews with Robinson and the cast in the coming days, but if you’re lucky enough to be in New York City, and don’t want to wait to see their IRL faces, you have an opportunity to not only meet Robinson and the cast in person, but also snag one of those beautiful Moore Professor Marston posters to get signed, courtesy of Nerdist! 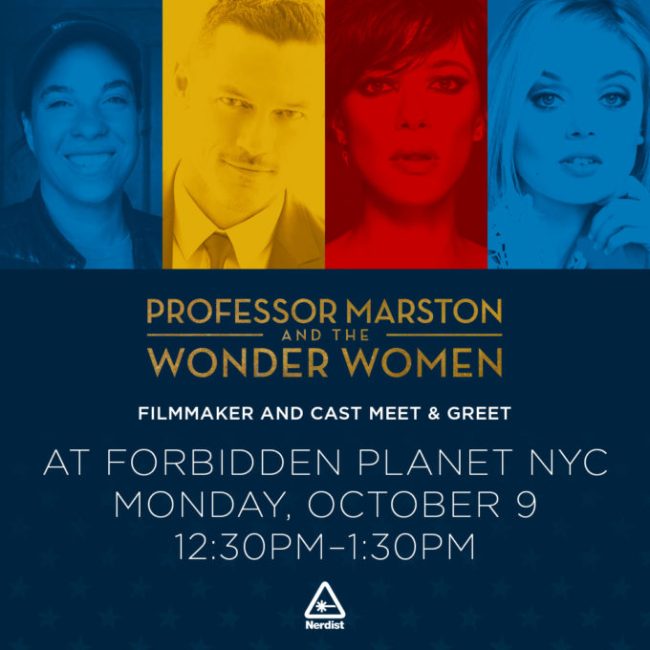 So? Who’s excited for Professor Marston and the Wonder Women next week?