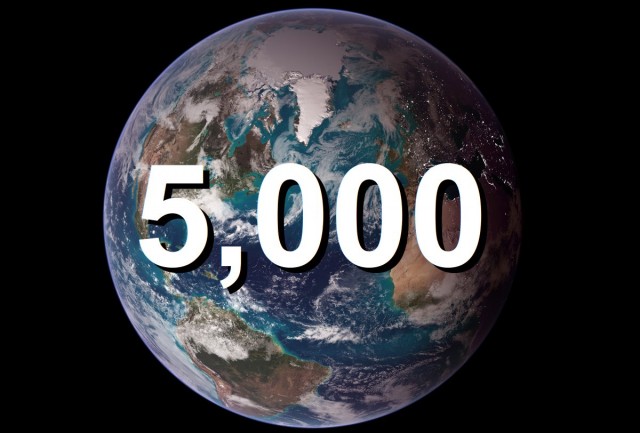 On December 18th, 1999 NASA launched the Terra Earth Observing Satellite into orbit, and today it’s celebrating its milestone 5,000th day in space. Terra is equipped with five instruments from three countries, and is the flagship Earth Observing Satellite. Besides taking beautiful pictures of our planet, it also has important science applications.

The instruments on board the Terra are the Moderate Imaging Spectroradiometer (MODIS), Multi-angle Imaging SpectroRadiometer (MISR), and the Clouds and Earth’s Radiant Energy System (CERES) from the United States, the Advanced Spaceborne Thermal Emission and Reflection Radiometer (ASTER) from Japan, and the Measurements of Pollution in the Troposphere (MOPITT) from Canada.

Terra has been vital in collecting climate science data, and has lead the way for similar satellite missions. Enjoy you 5,000 day milestone, Terra. Here’s to 5,000 more!

(via NASA, image via NASA Goddard with text added)