NASA Releases Image of Oklahoma Tornado as Seen From Space

This NASA image shows the tornado that devastated Oklahoma as seen from space. 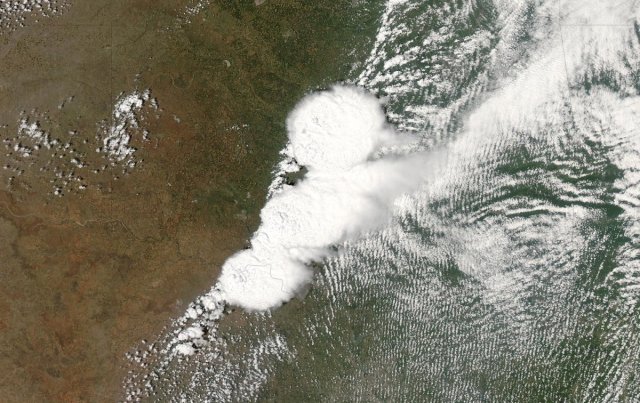 NASA released this image today. It shows the storm that produced the devastating F4 tornado that hit Oklahoma yesterday minutes before the tornado touched down south of Oklahoma City. The image was taken with NASA’s MODIS instrument on one of their Earth Observing System (EOS) satellites. You can donate $10 to the victims of the tornado by texting REDCROSS to 90999.