Terminator: Genisys Actor Jai Courtney Talks About How the Film Relates to Past Entries in the Franchise

Come with me if you want to be confused. 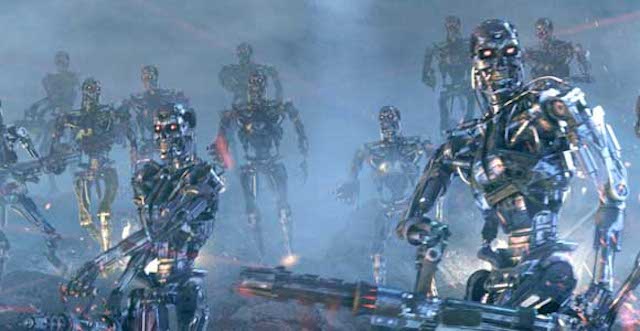 Terminator: Genisys actor Jai Courtney, who plays Kyle Reese in the Terminator    whatever-the-Hell-this-movie-even-is, has offered some new details about the film, so let’s all puzzle frantically over what it all means!

In addition to saying that the movie will likely aim for a PG-13 rating—which, I mean, at this point in Hollywood has more to do with language than violence, so take that as you will—Courtney gave The Huffington Post (warning for autoplay video) a confusing runaround on just how the story fits into the rest of the franchise:

What I can say is that we start in a place we’re familiar with from the early films and then, you know, circumstances change. It somewhat shifts the course of events from that point. It’s not necessarily a sequel or a reboot. I don’t even know how you brand it correctly. We’re not remaking one of the early Terminator movies. And it doesn’t necessarily carry on from the point where we left off.

So if I’m piecing together the cryptic messages about this movie correctly using my high tech insane-person-wall-chart: 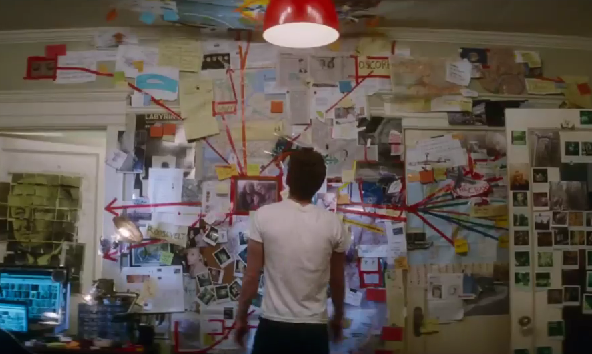 BUT WHY WOULD YOU EVEN SPELL “GENISYS” LIKE THAT!?

…it sounds like Genisys will revisit the events from the original movie, and then something wibbly-wobbly and timey-wimey will happen (probably due to Matt Smith/the Doctor’s involvement, I’m sure), and history will be rewritten to take a different path than it did through the rest of the Terminator films. While I can understand wanting to rewrite some of the Terminator films out of existence, I’d probably start post-Terminator 2, but that’s just me.

I could also be interpreting this completely wrong. Anyone else have theories? I’ve got three more available walls for charts in this room alone and plenty of time on my hands.