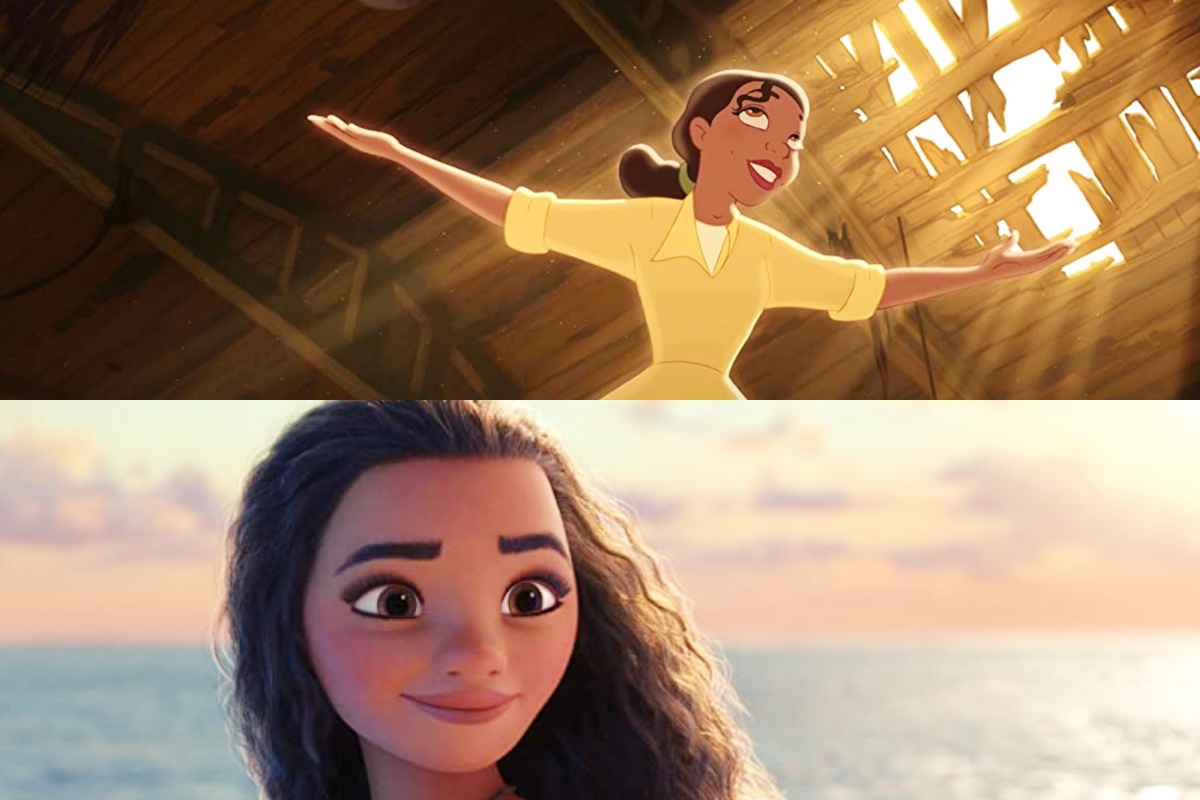 During Disney’s deluge of announcements last week, one that made me especially excited was the return of Princesses Moana and Tiana in new animated series for Disney+.

JUST ANNOUNCED: Disney Animation’s first-ever original animated series on #DisneyPlus: Baymax!, Zootopia+, and Tiana are coming in 2022, and Moana, the series, in 2023. pic.twitter.com/KTiAsjj4MB

They will join Baymax! and Zootopia+ as part of this new slate of cartoons. Tangled was also made into the successful animated series Rapunzel’s Tangled Adventure (or Tangled: The Series), which saw the original voice cast of Mandy Moore and Zachary Levi return and ended earlier this year. While Dwayne “The Rock” Johnson is one of the most bankable stars at the moment, I am crossing my fingers that he will return to voice Moana’s Maui for TV because he was perfect at it.

This news is exciting to me on so many levels. Firstly, as someone who grew up watching the Disney Channel, their slate of tie-in cartoons fed my soul, and the “Princess Power Hour” was one of my favorite blocks of television. Aladdin: The Animated Series and The Little Mermaid animated series (only one is on Disney+, and I’m still upset about it) were great at expanding the magical worlds they existed in. The shows also allowed their princesses to be more than just the near-perfect characters they were in the movies.

Ariel, in the animated series prequel, got to go on multiple adventures, and it gave a better understanding of her relationship with her sisters and her role as a princess undersea, but also defined her relationship to the human world more so than just her relationship with Eric. In the Aladdin series, Jasmine really became the action icon she was always meant to be. She went on adventures with Aladdin and got to be a great political player, as well. Since Aladdin and Jasmine only knew each other for a week, pretty much, in the film, the show also allowed them to (gasp) date a bit.

Tiana is one of my favorite Disney Princesses, but I feel like her film didn’t do her justice, especially since she was a frog for most of it. I am hoping that this series will allow Tiana to reconnect with her city and her mother, and show her being both a princess and a businesswoman. Moana was, no doubt, a masterpiece, and I think that by bringing it to the animated world, we’ll get to do what Moana wanted to do: explore.

Traveling to different islands and meeting other cultures would be an excellent part of Moana the series, and I hope that they bring in Polynesian writers to help bring this series to life.

As Disney expands its empire by monopolizing our childhood, the least they can do is actually attempt to make inclusive and thoughtful explorations of their BIPOC princesses. If done well, these choices can expand upon the excellence of Moana and allow Tiana to enjoy a narrative about her own journey without helping a man-frog grow. Plus, she will get to be human.

I am already going to expect this series to be an AU where we … won’t do the Great Depression.

Disney+MoanaThe Princess and the Frog