The fight for basic human rights for the transgender community continues 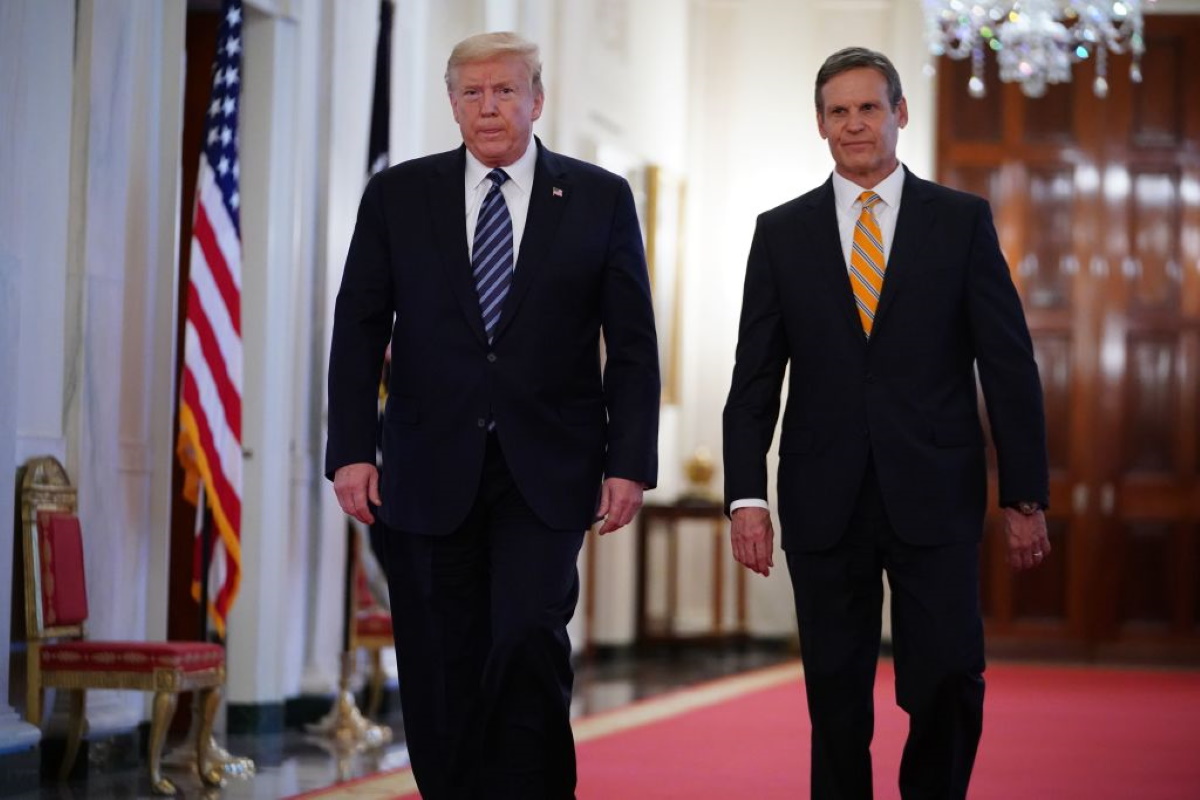 Every time someone bemoans an attempt to uplift the queer community because we’re getting too woke or making everything about being gay or whatever asinine take that’s out there, I think about the fact that there are politicians in office, right now, doing everything in their power to LEGALLY cause harm to the community by denying them the most basic of human rights. Like trans people being able to use the bathroom.

The reason why we spend so much time trying to make folks feel like it’s okay to be a part of the LGBTQ+ community is that there are Decrepit White Men with the power to do damage to their lives, well, doing damage to their lives. There is no greater target of this level of harassment than the transgender community who are, to this day, still fighting for the right to, wait for it, go to the bathroom in peace—among a constant slew of other things, but click that link from Juwan J. Holmes via LGBTQ Nation for a breakdown that dates way, way back to … last Saturday, May 15th.

Realistically, what do you think would happen if I went in the men’s room? Any guesses?

This is a law that requires trans people to break it unless they want to put themselves in danger. Lose lose. That’s the point.

I can’t believe we have to have a conversation about the BATHROOM of all places, yet here we are, in 2021, as a whole ass governor signs a bill to give folks a hard time because they dare to use the public restroom in the way you’re supposed to use a public restroom. H.B. 1182 not only shames transgender people, but it shames businesses who dare to, checks notes, let them go to the bathroom.

According to an article by Bil Browning for LGBTQ Nation, this is actually the SECOND bill restricting transgender public accommodations, and the fourth specifically targetting trans people. Don’t worry. I’ll get to some of those other laws in a minute, right now, here’s what Browning says about this new bathroom one:

The new Tennessee law requires any “building or facility open to the general public” that allows transgender people access to the bathroom to post a sign that reads: “This facility has a policy of allowing the use of restrooms by either biological sex, regardless of the designation on the restroom.”

What, did you think the Governor requiring a sign would mean it’d be one of those cute, inclusive signs you see at some anime conventions that welcome all genders to use whichever bathroom fits their needs?

This has to be some of the most purposefully hostile language I’ve seen in regards to relieving your bladder, that either biological sex part oozing with insensitivity, complete with limiting gender down to two choices.

And this is what businesses HAVE to put up.

For a service that’s open to the general public, this sure does diminish a good portion of that general public. It’s also a slap in the face to businesses that recognize that using the bathroom is, like, something we should all be able to do freely, because again, they HAVE to use this broken crayon-drawn sign that the Governor gave himself a gold star for.

So yes, you can include trans folks, but you have to be an absolute dick about it by warning everyone that there might be a trans person in that bathroom stall, at the urinal, or washing their hands, you know, because that’s the thing we’re thinking about when we really gotta go. This bill is all about making the Governor, and anyone else who thinks like him, comfortable because, oh noes, they might be sharing space with a transgender person who, frankly, wouldn’t pay them any mind because they are USING THE BATHROOM! It also potentially puts trans people at heightened risk from transphobes in those very same bathrooms.

Why is someone making it THIS hard to pee?!

“Gov. Lee’s decision to sign H.B. 1182 will cause real harm to transgender Tennesseans. Denying transgender people the ability to access a bathroom consistent with their gender identity is degrading and dehumanizing — and can have real health and safety consequences. Gov. Lee and Tennessee lawmakers are determined to discriminate against the transgender community and roll back the clock on equality instead of focusing on real problems facing Tennesseans.”

“To be clear — Tennessee residents will suffer economic, legal, and reputational consequences of these bills and we will hold those who are indoctrinating hate into our laws accountable.”

The fact that Tennessee’s Governor has time to discriminate against the trans community in the middle of us trying to get vaccinated in the middle of a pandemic is incredible—in the worst way possible. There are so many other pressing matters to attend to. Here’s a short list: COVID! But sure, let’s target the trans community. Again. Right down to its children, as Browning goes on to say. “One of the other laws ban transgender people from multi-occupancy restrooms and locker rooms in public schools, including colleges, and another would ban transgender youth from playing school sports.”

But wait, I say through gritted teeth, there’s more!

In an effort to not leave the rest of the queer community out, Governor “Needs to Stay Out of Our Business” signed H.B. 529, a law that, according to Browning, “Requires schools to notify parents if sexual orientation or gender identity are going to be mentioned in class 30 days in advance and gives parents the ability to opt their children out so that they don’t have to hear that LGBTQ people exist.” This article by Alex Bollinger breaks down the bill via LGBTQ Nation.

Hate to break it to you (not really, because you need to hear this), but children are gonna run into a queer person at some point in their lives or could, gasp, be queer themselves. Taking them out of the classroom to “avoid” what the world around them looks like, a world they’re probably already aware of, is not the galaxy brain moment that you think it is.

What really pisses me off about these laws (besides the obvious) are their baseless, crassly cynical attempts at doing something “good” for the people. I can just imagine this Governor thinking he’s doing parents a favor because they can “protect their children” from the Big Bad Gay until they’re ready to have that conversation with their child. He’s not technically saying you can’t have those lessons in classes, you can just, you know, take Little (insert kid name) out of class that day because they (read: you) might not be ready to talk about the gay.

In reality, you absolutely should be having those conversations at a young age, not just because your child could be queer, but because your child needs to learn that there are all kinds of different people out there, and those differences should be, at the very least, respected enough to let them go to the bathroom, wash their hands, and go about their day.

If anything, having children in an environment where the law says you can skip school because of gay and hang unnecessarily aggressive signs about it is the actual harmful thing in this situation. It sets a standard where if you don’t like someone because they’re different, you’re legally allowed to make their existence a living hell. You can do everything you can to avoid them and be malicious toward them because they dare to do the exact same thing you do which is, in this case, use a public restroom.

So next time someone wonders why you’ve taken a second to show a bit of kindness to the queer community—especially the trans community— link them to this article about a government official passing laws that discriminate against an entire community who dares to walk into the bathroom they choose.