Telltale Games Teases A Mashup For the Record Books 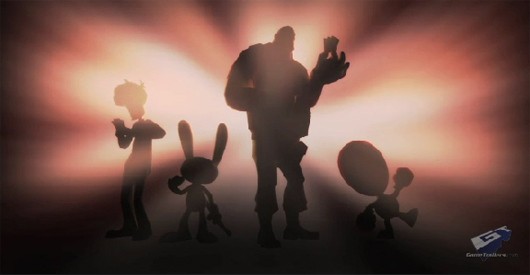 Where do you find common ground between a flash video series and a webcomic that have booth been made into adventure games; an adventure game; and a team based shooter, all of which have been created by three different game developers?

Well, we just spent five whole minutes just trying to draw an illustrative Venn diagram, and we can’t.  But apparently Telltale Games can.

Telltale Games just released a teaser for an unnamed upcoming project that essentially consists of the above silhouettes.  They are, from left to right:

Further confusing things is the fact that Telltale only produced Sam & Max and Strong Bad.  Precipice was the product of Hothead Games, and Team Fortress 2 belongs entirely to Valve.

Also it looks like the Heavy and Tycho are both… holding some cards?

So… maybe we’re looking at a crossover CCG?

Fortunately for everyone, the teaser promises resolution on these issues by next Thursday.  As you can imagine, we find this to be something of a relief.  Full teaser below: