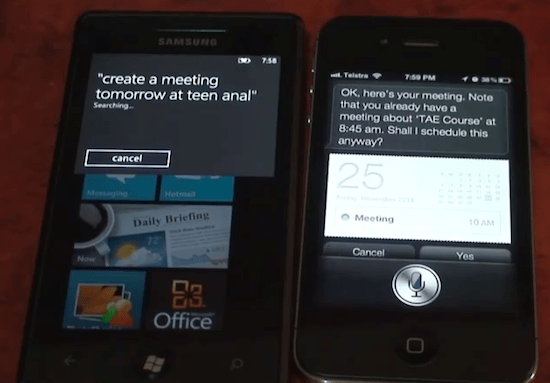 Recently, Microscoft exec Craig Mundie made the claim that Apple’s Siri voice assistant was old news because his company’s product TellMe had been running on phones for over a year. What he neglected to mention was that while TellMe and Siri are both voice assistants, they differ greatly in their functionality and, most importantly, their ability to process human speech. When placed side by side, hilarity predictably ensues.

If nothing else, this should be a bit of a relief to iPhone users that have struggled with Siri and were, perhaps, having second thoughts about their purchase. Apple buyers, you look like you were in the right. Side by side, these don’t even seem comparable.