Television, Toil and Trouble: The Witches Of TV | The Mary Sue

Television, Toil and Trouble: The Witches Of TV 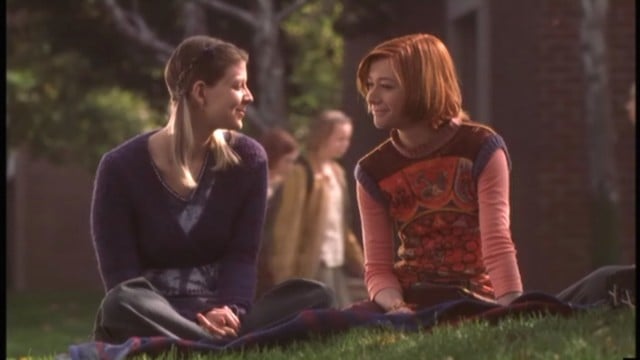 Close your eyes and picture a witch. You probably see one of two things: A wrinkled, gaunt old woman dressed all in black… or Willow Rosenberg. Fairy tales and the literary classic The Wonderful Wizard of Oz (1900) gave us the haggard, broomstick-riding variety. The latter also gave us beautiful, “good” witches, but the “evil” one took hold in the public consciousness. That’s how people envisioned witches for decades. (You may have pictured her green thanks to the technicolor film version of The Wizard of Oz.)

Pope Gregory IX authorized the execution of witches in 1200, and their fate didn’t improve from there. Fear and hatred brought the inevitable association with undesirable physical characteristics.

Now go to Party City’s website and search for “witch.” You’ll find the Neon Witch, the Kandy Korn Witch, and the Purple Carousel Witch, among many others, naturally modelled by young, fit women. Now, I’m not here to find fault with any of these costumes — some of them are super cute, ridiculous as they sound — but the only thing they have in common is a pointy hat. Which brings us to the question, what does a witch look like?

For the answer I turn to television. (For the purposes of this post I’ll stick to live action, prime time television because including animated and children’s programming would quickly become unmanageable.)

Witches were hot on TV in 1964 with Bewitched and The Addams Family debuting, spurred by the popularity of the film Bell, Book and Candle. These were among the first small screen portrayals. Each one attempted to debunk the assumption that witches live solitary lives in castles by plunking their heroines into domestic life. Bewitched moved further along the spectrum, dressing Samantha like any housewife and even lampshading the notion of pointy black hats in its pilot. Her mother, also a witch, while old-ish by television standards still didn’t fit the classic picture. 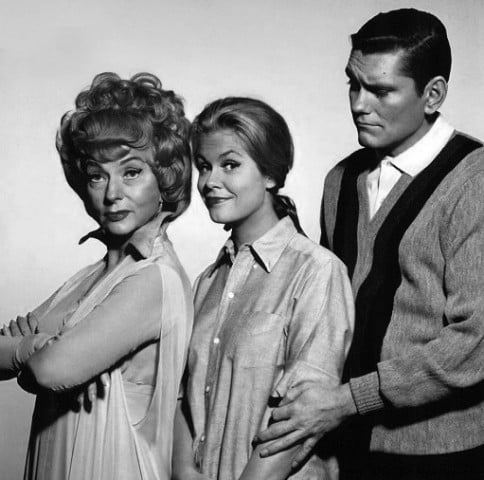 Magic-wielding women experienced somewhat of a setback with the Star Trek episode “Catspaw” in 1967. The crew visits a planet where aliens use sorcery to shape-shift into the things they suppose humans most fear. The first fear is a trio of cackling old hags reminiscent of Macbeth. This Halloween episode (first aired on October 27) then brings our intrepid crew into a creepy castle inhabited by a man and a woman, both adept at mind control. The woman is the real villain of the pair, referred to as a sorceress. She’s also quite the vixen, changing her appearance to try to seduce Kirk then lashing out when he refuses her. And then she turns into a giant cat or something.

Night Gallery did an episode, “Witches’ Feast” in 1971, regurgitating the shrieking trio of pointy-nosed hags. So for a while there, it was comedy that stretched the boundaries while science fiction liked its witches traditional, thank you very much.

When fans of today’s genre TV think of witches they’re more likely to think of younger, everyday women — the aforementioned Willow from Buffy the Vampire Slayer, the Halliwell sisters of Charmed, Sabrina the Teenage Witch, Sleepy Hollow’s Katrina, or for you history buffs, the characters of Salem. Shows like these have conspicuously eschewed the fairy tale. Phoebe decries the “hook-nosed hag” representation of witches in pop culture in a season 3 episode of Charmed and Willow remarks more than once how she hates witch stereotypes.

To our modern ears, asking what a witch looks like is akin to asking what a gay person looks like; they look like a person. But despite their modern fashion sense, it’s hard to ignore that most TV witches fit within a narrow range, which is to say they’re overwhelmingly young, female, white, thin, straight (Willow and Tara being the obvious exceptions), and conventionally sexy.

When I was young and my mom would catch sight of herself in a mirror without make-up, she would exclaim, “Ew, I look like a witch”! Witch meant ugly. Ugly, in turn, tends to mean “bad,” not only for witches but for all kinds of pop culture characters, especially women. Witches as protagonists, i.e., those we’re supposed to empathize with, then need to be attractive. So, have we just traded one stereotype for another?

Historically, the image of the witch was tied not only to “ugliness” but to old age. In fairy tale lore, ugly and old were often, if fact, inseparable. The association with old age derives from the crone aspect of the triple goddess. The maiden, mother, and crone are three aspects of the divine feminine and revered by many Pagans and other nature-based spiritual practices. The crone equals age, not in the negative way we treat often treat it today, but in its wisdom. Crone energy is echoed by the changing of the fall leaves, the waning moon, and death, though not with “evil.” Death and old age can be frightening to us puny humans so naturally, these things have been labelled bad.

In pop culture, however, old is a relative term. “Old” has tended simply to mean “older than the heroine.” (Margaret Hamilton was only 37 when she played The Wicked Witch.) Furthermore, contemporary television has a way of cramming all three aspects – the maiden, mother, and crone – into narrow age range. Take Once Upon a Time. The show begins by introducing a trio – Emma, Snow White, and the evil queen, who Snow White declares “nothing more than an evil witch” – whose ages range over perhaps a decade, thanks to a curse that froze some characters in time. Charmed managed to depict the trio with sisters. Prue acted as the “old soul,” with the nurturing Piper in the middle and headstrong Phoebe playing the maiden. The divisions were less clear cut when Paige replaced Prue.

More recently, American Horror Story: Coven spread out the ages of three interconnected women along a broader continuum. It also makes the association between age and attractiveness a driving force for crone character Fiona Goode. Jessica Lange looks great at 65-ish, but her character is actually much older, obsessively battling aging with an untested serum. Her character can be charming but is more evil than she appears, just as she’s really much older than she appears. See that? Old=ugly=evil. 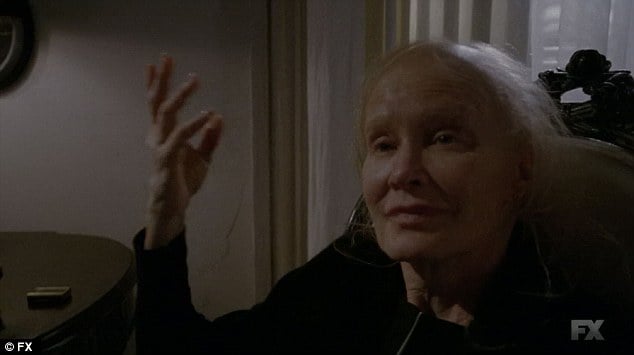 Lafayette from True Blood is worth noting, although he isn’t as clearly defined as a witch. He’s a medium and can use magic. He’s also a gay black man, so bucking several trends at once.  (For more about this character and show, The Mary Sue has many fine episode recaps.) There are also male witches on Vampire Diaries. I’m not a follower of either of these shows, so feel free to chime in in the comments if you can elaborate.

The matter of fictitious witches is further complicated by the fact that they actually exist unlike, say, werewolves or a vampires. People engage in the real-word spiritual practice of witchcraft. Charmed attempted to educate the world about them in its pilot, in which Wiccans were being murdered. The episode schooled us on the Wiccan rede and the proper pronunciation of the word athame. It didn’t do much to boost diversity, however. Real witches come in a variety of shapes, sizes, ages, ethnicities, and abilities, so narrowly representing them is no different than doing the same to any other group.

At least there’s no dress code anymore. Conical hats seems to have come into fashion for practitioners of the occult in Medieval Western Europe — also the source of many traditional fairy tales, so it makes sense the imagery followed. Last Halloween-time, Slate did a piece on the hats’ possible origins. While some real-life witches may don robes and/or pointed hats as part of their rituals they probably don’t stand around at the busstop like that. So it’s well that most television witches dress to blend.

So this Halloween, feel free to dress as a Kandy Korn witch or Elphaba, or anything in between. Hell, just go out in whatever you wear to work and tell people, “I’m a witch.” Because really, a witch can look like any damn thing she — or he — wants.

Kristina blogs about television pilots and has contributed to various other publications about television, video games, music, and the arts. She holds a M.A. in writing for performance, and Tweets at meek_the_geek.