SXSW Review: Teen Spirit Doesn’t Know What It Wants to Be 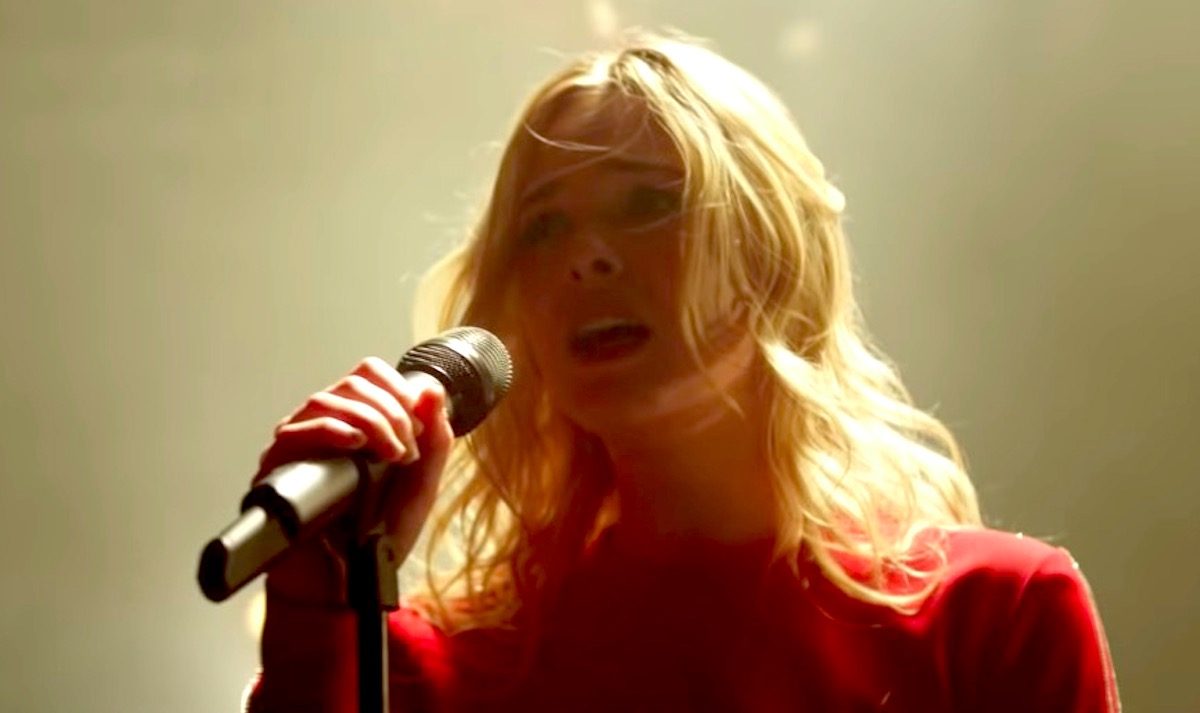 Shows like American Idol and The Voice made becoming the next global sensation easier than ever before. Teen Spirit is an upcoming pop star drama that aims to target the Gen Z crowd, no doubt sparking some young person’s dreams of performing in front of millions of people.

Max Minghella’s debut feature (at SXSW) isn’t unlike anything you’ve seen before, narratively or aesthetically. Themes of youth and fame come up, wrapped in visuals akin to Nicholas Windin Refn’s The Neon Demon, and while Elle Fanning pours her heart into every performance, neither that, the film’s stylish visuals, nor boisterous pop songs could save it from ultimately being hollow.

Violet Valenski (Elle Fanning) is a 17-year old Polish girl from the Isle of Wight, U.K., who uses music as an escape from her humdrum life. She works for the family business while they struggle to get by. The opportunity of a lifetime appears in the form of a singing competition called Teen Spirit, which Violet doesn’t hesitate to enter.

However, there’s one problem: She isn’t old enough to enter on her own. Although her mother (Agnieszka Grochowska) is hesitant, Violet enlists the help of a slovenly, washed up Russian Opera Singer named Vlad (Zlatko Buric) who signs the permission slip for her to enter and agrees to become her vocal coach and manager.

When she enters the contest and surprisingly advances to the second round, the duo flies to London, where she competes with the U.K.’s best and brightest talent for the Teen Spirit title. Out on her own, Violet is forced to make adult decisions if she’s to achieve her dream and not get swallowed whole by fame in the process—or worse: come home empty-handed.

The movie is a neon fever-pitch dream, complete with lens flares and strobe lights that are distracting, somewhat fun, and well shot, but it’s difficult to tell if this is Minghella’s permanent personal approach to film or a conglomerate of ideas from elsewhere to get the job done.

He does take creative liberties that can be appreciated. For example, rapid fire editing by Cam McLauchlin during Violet’s singing keeps those scenes exciting.

However, her thoughts are exposed with no purpose behind them. There is a scene when Violet is auditioning, and as she’s singing, she visualizes seeing her mother making out with a man who isn’t her father—that’s a big reveal that isn’t fully explored beyond that moment. The singing, the colors, and Violet’s daydreams often make moments reminiscent of extended music videos, more than something in a feature film.

Teen Spirit doesn’t know what type of story it wants to tell. That’s a true shame, because its story is fertile ground to examine meaningful topics such as the price of fame, repressed childhood memories, or a fall from grace, but it was simply too lazy to go there.

The stakes aren’t high, so there’s no real reason to care. If Violet doesn’t win the competition, she’ll go back to her mundane life, which isn’t that bad. She lives with her mom, in a house, and is employed. She doesn’t have to be starving, battered, or destitute for it to make sense, but the music just wasn’t enough to make me commit to truly rooting for Violet.

Although there isn’t much character development for anyone in this, Elle Fanning is this film’s Jesus nut—without her it all falls apart. She’s a triple threat. The girl can sing, dance, and act. Lending her actual singing voice to most of the tunes shows her vocal range and that she isn’t afraid to take risks. She’s one of the hardest-working young actresses around, with a varied body of work that shows she is dedicated to the craft.

There are many opportunities that weren’t taken for Violet’s character. She’s a sad young woman filled with passion and angst, but that is never on display due to the writers’ lack of faith in their own creation.