Daily Mail Journalist Tried to Mock a Teen Girl for Her Thoughtful Words About Elizabeth Warren & It, Like, Did Not Go Well for Him 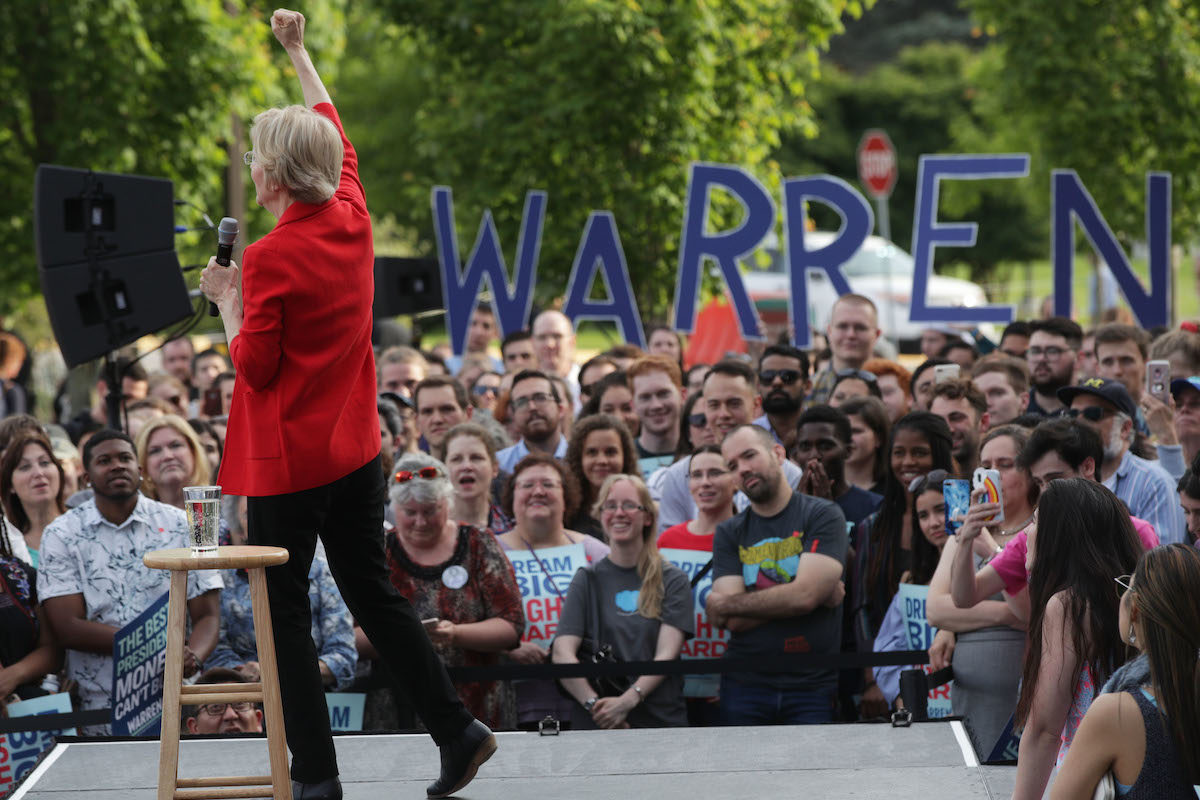 David Martosko, a “journalist”—as much as you call someone a journalist when they write for the Daily Mail—and grown-ass adult man, recently tweeted out a quote from a young woman he interviewed at an Elizabeth Warren rally. He made sure to state that it was her “verbatim” answer to a question about Donald Trump’s repeated use of the derogatory nickname “Pocahontas” for Warren. Martosko was clearly trying to shame this girl with the “verbatim” qualifier since he left in every filler word she used in her response.

At the Elizabeth Warren rally I asked a 17-year-old supporter who will vote next year to comment on Trump’s “Pocahontas” nickname for the senator. This is a verbatim transcript of her answer. pic.twitter.com/qg0LI2BkzA

This is, simply, a dick move. Anyone being interviewed is going to slip into some uhs and ums. No matter how much media training a person has, or how many times they’ve given variations of the same stock answer in different interviews—this is just how we all speak. Fillers get edited out of interviews because leaving them in is pointless, distracting, and, again, just plain mean, as it comes across as a deliberate attempt to make your subject sound less intelligent than the substance of their quotes would suggest.

Even professional interviewees—celebrities and politicians—use these filler words that journalists have to edit out. To leave them in in a response from a teenager who was asked a spontaneous question by a strange man is transparently and absurdly biased and cruel.

Imagine being a 17-year-old girl trying to explain racism, spontaneously and on the record, to an adult male reporter, and then he transcribes every “like” and “um” that you say in order to mock you on Twitter. This is not the purpose of journalism. https://t.co/agJdNmKj7m

As he was no doubt chuckling to himself over how completely owned this 17-year-old was, Martosko clearly failed to listen past the ums and likes, because her actual answer was spot-on. Her answer was insightful and she was clearly choosing her words very thoughtfully. So of course she’s going to use fillers, which are basically verbalizations of the thought process.

fwiw, for whatever reason my eyes went to her quote before anything else & I was like “Right on!” Only after did I gather that a) he was (trying & falling to) diss her. so that’s good

Oh nooooo not a teenager making a good point while they collected their thoughts! The Republic is doomed!

Parsed it for ya, you irredeemable hack pic.twitter.com/Sv4DJ7yFus

I wonder if Martosko includes all of Donald Trump’s ramblings when he writes up those speeches. (Just kidding, I don’t wonder. I checked and of course he doesn’t.)