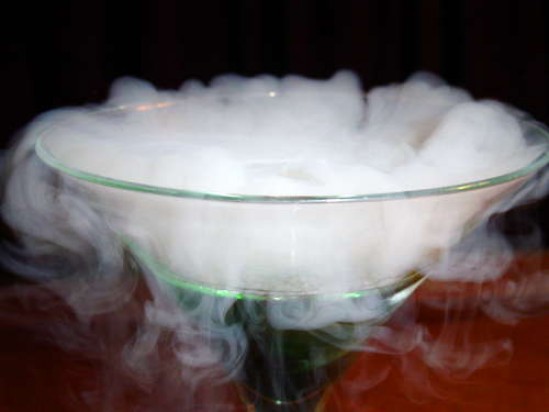 The more you do just about anything, the bigger a tolerance you build up. Whether that’s watching way too much television and eventually only being able to stand a higher quality of programming, playing too many JRPGs and not being able to deal with fate, destiny, and a very large amount of grind anymore, or drinking alcohol and requiring not only more of it to get drunk, but a new variety of it to keep from getting bored. English teen Gabby Scanlon succumbed to the latter, and drank a cocktail containing liquid nitrogen. She was, as one might’ve expected, rushed to the hospital afterward and had her stomach removed. Her entire stomach.

Normally, in relation to drinks, liquid nitrogen is used to give the glass a unique visual aesthetic, or to cool the drink.

Scanlon, out celebrating her 18th birthday, was with friends at a wine bar, where she supposedly tried a new cocktail that contained liquid nitrogen. She reportedly had issues breathing and experienced a sharp pain her stomach after she drank the cocktail. It isn’t clear whether Scanlon drank a drink that featured liquid nitrogen as a unique ingredient, or if the liquid nitrogen was used in some gimmicky manner and simply mishandled. She was taken to the hospital, where she was diagnosed with a pierced stomach.

When liquid nitrogen hits the stomach, it quickly warms, which creates a large amount of air, which can in turn rupture the stomach. This is, unfortunately, what Scanlon experienced.

Terrifyingly, doctors felt her stomach could not be saved, and performed a total gastrectomy, removing her entire stomach. Even more terrifyingly, the procedure involves removing the stomach, then connecting the esophagus tube to the small bowel tube. Somehow, this isn’t too life-altering, as people who have had the surgery simply need to eat smaller amounts and take vitamin supplements.