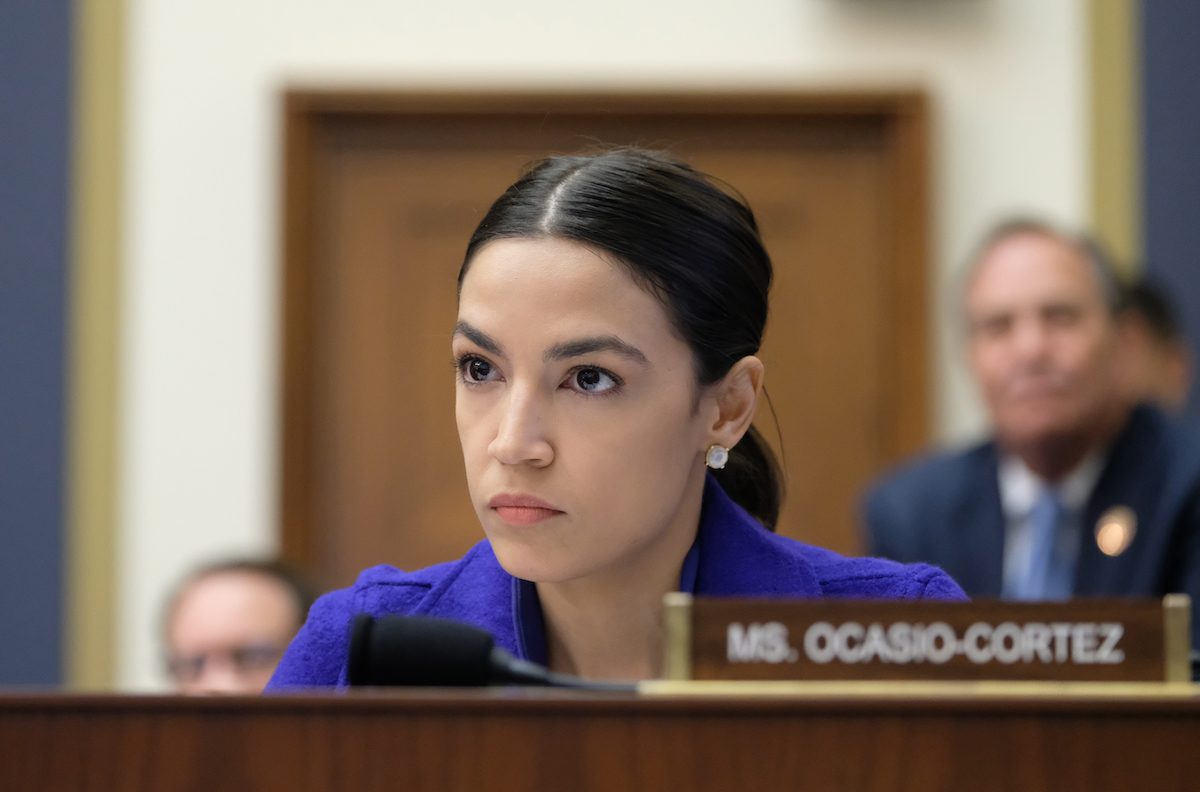 Rep. Ted Yoho wants people to think he’s sorry, but he won’t actually say it. After drawing national criticism for calling New York Representative Alexandria Ocasio-Cortez “disgusting” and “fucking bitch” on the steps of the capitol, the Florida rep took to the floor of the House to offer a tepid non-apology and deflection for his actions.

“I cannot apologize for my passion” — @RepTedYoho’s “apology” to AOC pic.twitter.com/Bh30Phu8zp

Yoho confronted Ocasio-Cortez because he didn’t like her connecting poverty and crime in recent statements, so he begins his “apology” for the “abrupt manner” in which they interacted by giving excuses that he was once poor and on food stamps. Then he trots out the ole “husband and father to daughters” line that reinforces the idea that men should only care about women based on their relationships (or guardianship) of them, and not the fact that women are, you know, PEOPLE.

It was a cowardly statement that in no way accepted any personal responsibility, as Representative Ocasio-Cortex pointed out, with the full video of the “apology” embed.

Republican responds to calling a colleague “disgusting” & a “f—ing b*tch” w/ “I cannot apologize for my passion” and blaming others.

I will not teach my nieces and young people watching that this an apology, and what they should learn to accept.

Yoho’s statement here isn’t just not an apology, it’s actively insulting. He defends himself, couching his incredibly inappropriate outburst in terms of poverty and even policy. And he dehumanized his colleague by reducing this, I guess, to an issue of respecting women without even saying her name.

He didn’t even say my name.

This lukewarm, overly scripted speech doesn’t cut it, Yoho. No woman, especially a member of Congress, should have to endure a man confronting her at her place of week and verbally assaulting her. And yet it’s something that every woman fears and has to deal with all the time. Just take a look at a few examples of how common this is:

Continued reading a book & minding my own business while a man sat down next to me on the L. That is one incident out of a number beyond counting. https://t.co/zTyZcare1O

Literally just being me with my resting bitch face. https://t.co/RfyYdKWOvQ

I replied “hello” but I didn’t smile https://t.co/b7hVGsQwWQ

This is not about being asked to “apologize for his passion,” Yoho is being asked to treat women with respect and to set an example for millions of others by apologizing sincerely for being that kind of jerk male we all know. We get called foul names for not smiling and fear for our lives when that happens. It’s not about politics, it’s about misogyny.

So, no, we’re sorry Mr. Yoho, you’ve lived up to your name and proved once again that the only thing worse than a man is a Florida Man.