Ted Lasso Is the Optimistic Hero We Need Right Now

Jason Sudeikis shines as the world's most kindhearted football coach. 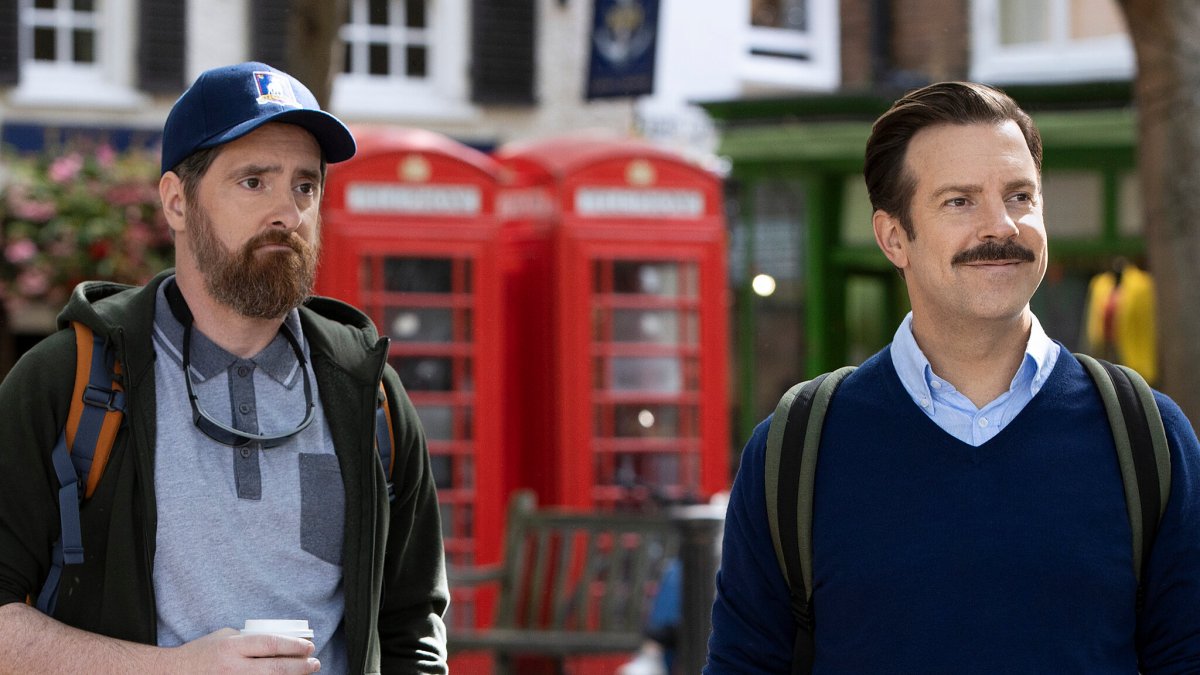 There should be a word for that universal feeling of finding something you didn’t know you needed. When an unassuming moment or experience slots itself neatly into a space you hadn’t realized was bereft of it. There’s a certain magic in discovering something that inexplicably makes you feel better about the world and the people in it.

Which brings us to Ted Lasso, an Apple TV+ original series that follows an optimistic Division II football coach (Jason Sudeikis) as he crosses the pond to coach a flailing British Premier League soccer team, AFC Richmond. Ted knows nothing about soccer, and nothing about British culture for that matter, but that doesn’t deter his relentless positivity.

The character was first introduced in commercials for NBC Sports, when the network got the rights to air Premier League soccer games. In the ads, Lasso is an overly confident but clueless coach. Thankfully, the series version of Ted is softened into a warmhearted, folksy father who is more life coach than soccer coach.

While it’s a character that could easily slip into the dumb American stereotype, Sudeikis infuses Ted with an affable spirit that never condescends or mocks the people around him. Ted is guileless but not clueless, as he struggles to unite a divided team by winning over the gruff, aging captain Roy Kent (Brett Goldstein) and the hotshot rising star Jamie Tartt (Phil Dunster).

Ted must also win over Rebecca Welton (Hannah Waddingham), the new owner of AFC Richmond, who won ownership of the team in a contentious divorce from her philandering billionaire husband (an always welcome Anthony Stewart Head). Rebecca hires Ted in the hopes of tanking the team, which was her ex-husband’s true passion.

Rebecca’s plan is essentially the plot of the film Major League. But the series smartly forgoes portraying her as a one-dimensional vengeful shrew. Rebecca, still recovering from her divorce, is a strong and deeply sympathetic character who is targeted by the sexist British press. And while she gets her share of cutting jokes, her steeliness belies a vulnerability and kindness. Rebecca really shines in her friendship with Jamie’s girlfriend, tabloid celebrity Keeley Jones (Juno Temple).

And that’s the beauty of the world created by Sudeikis and executive producer Bill Lawrence (Scrubs, Cougar Town). Ted Lasso’s positivity and good nature is so contagious, it fundamentally changes AFC Richmond from the top down. And in these dark and divided times, Sudeikis’s winning charm is a balm for the soul. This is the best Sudeikis has ever been, especially in the internal moments as he grapples with his struggling marriage and long distance parenthood.

It helps that Ted Lasso the series is whip-smart and funny. There’s plenty of hilarious one-liners and jokes to be had. But the true magic lies not only in the series, but in the man himself. Ted Lasso is the optimistic hero we need now more than ever, and the perfect vehicle to renew your faith in humanity.