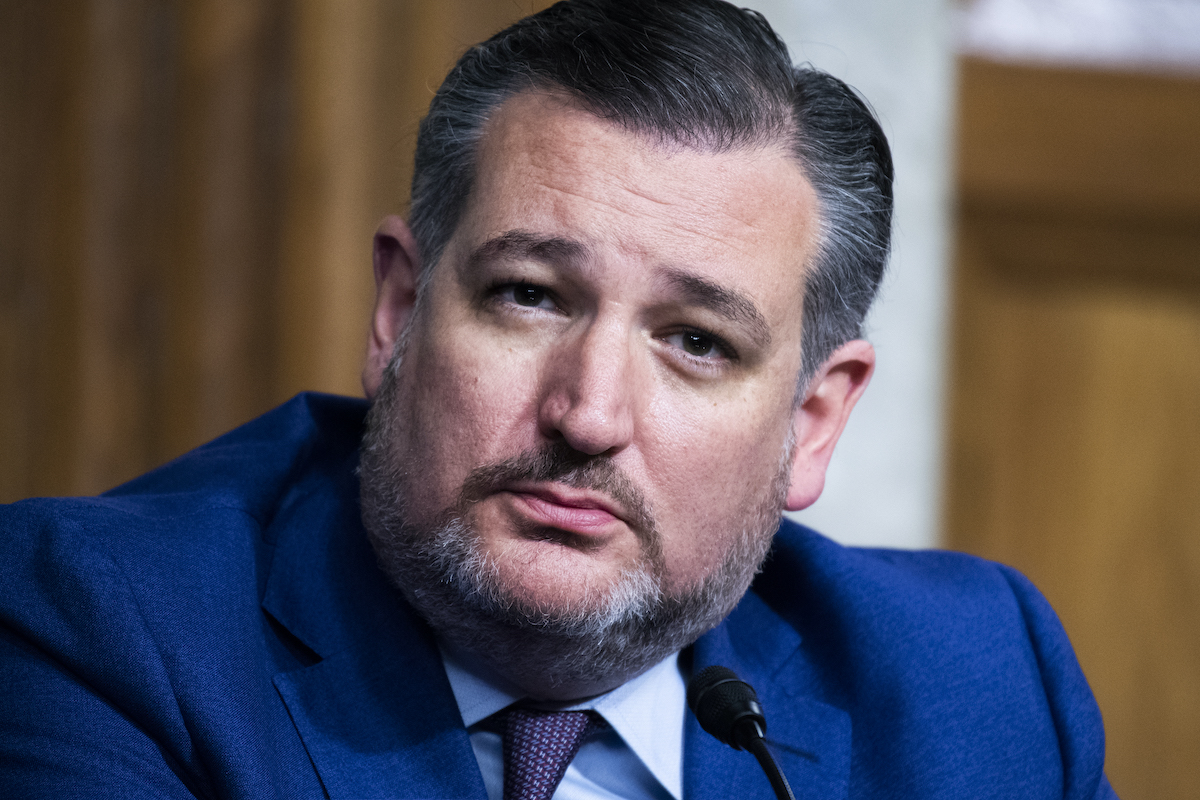 Ted Cruz is once again putting his own ignorance on full display for everyone to see.

Cruz quote tweeted a Fox News clip Wednesday night in which Geraldo Rivera makes me agree with him, something that always feels weird. During an episode of The Five, Rivera argues that unvaccinated people should have to pay for their own weekly COVID-19 tests “or understand why you are banned” from certain places like the VA, restaurants, businesses, and colleges.

The person Cruz quote-tweeted called it a “meltdown.” Cruz called it “idiotic.”

“Follow the logic,” Cruz wrote. “Geraldo is vaccinated. Therefore, he’s not at significant risk (about 3%) of contracting Covid. If someone is unvaccinated, they pose almost zero risk to the vaccinated. The only ones at risk are other unvaccinated people—and it’s their damn choice!”

Geraldo is vaccinated. Therefore, he’s not at significant risk (about 3%) of contracting Covid.

If someone is unvaccinated, they pose almost zero risk to the vaccinated.

The only ones at risk are other unvaccinated people—and it’s their damn choice! https://t.co/WWvn4UdxxI

Ted Cruz’s insistence that the only people affected by unvaccinated people are other unvaccinated people is just a fundamental misunderstanding of why we have vaccines and what they do. Yes, they are important on an individual level, teaching our bodies to create antibodies to diseases. But there’s also a communal aspect to vaccines—you know, that whole “herd immunity” thing we’ve all been talking about as our goal for more than a year now.

When a certain substantial percentage of the population is vaccinated, it makes it harder for the virus to spread to others. And those “others” aren’t just the obstinately unvaxxed. That also includes those who are too young to be vaccinated and people who cannot be vaccinated for medical reasons.

My 3 children are unvaccinated, and it’s not by choice, jackass. How are you a United States Senator?

Loving how much you think the immunocompromised deserve to be ignored. Real Presidential vibes.

Mass vaccination also helps keep viruses from mutating. As we’re currently seeing with the incredibly contagious and dangerous delta variant, mutations are bad! Not only is the variant much, much worse for unvaccinated people, but we’ve been seeing more breakthrough cases for vaccinated people. And once again, hospitals across the country are reporting being at capacity, meaning those who need medical care for issues unrelated to the vaccine are at risk of being turned away.

Now getting responses *from these people* who genuinely don’t seem to know any kids under 12 or people who have had chemo OR know about mutation, which is a shame, because it means they haven’t seen Jurassic Park.

If a person is going to insist on declining the vaccine, why wouldn’t they also have to understand that there are consequences that come with that decision? And being shut out of concerts or bars or living in a dorm or working from your office are likely going to be among them.

It should also be noted that Rivera’s co-host Greg Gutfeld responded to this condemnation of anti-vaxxers by demanding Rivera provide proof that unvaccinated people are spreading the disease in the first place. “What’s your proof that people are wandering around, willy-nilly, spreading the disease,” he said, wildly flailing his arms like an inflatable tube man outside a car dealership and adopting a faux-scare-mongering voice, making it clear that he does not, in fact, think that is happening.

Just in case you needed proof that Fox News’ attempts to make themselves seem responsible in playing both sides of the vaccination issue is complete BS, there it is.