Is There a Less Self-Aware Man on the Planet Than Ted Cruz?

Ted Cruz, the Least Self-Aware Man on the Planet, Slams TX Dems for Leaving the State 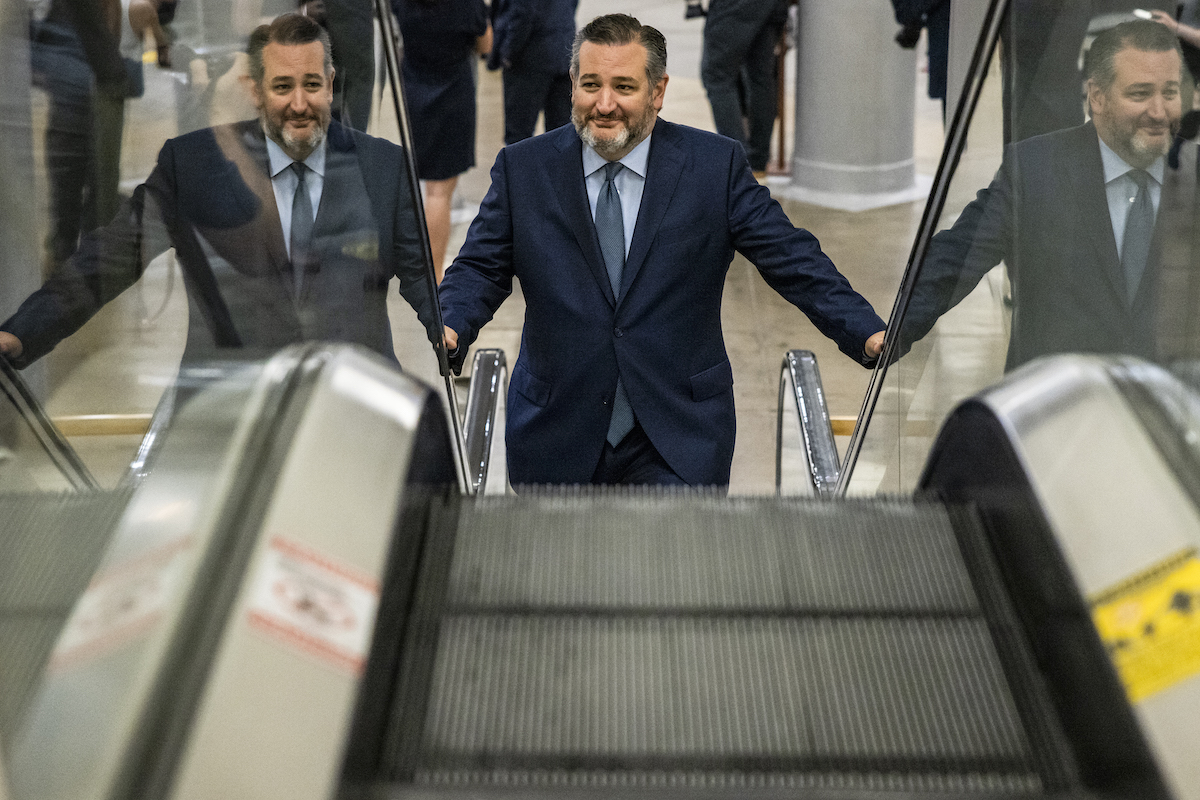 Welp, Ted Cruz has weighed in on the situation unfolding in Texas as Democratic lawmakers have fled the state to prevent a vote on a restrictive voting rights bill.

Democrats traveled to Washington D.C. this week to deny Republicans the quorum they need to hold a vote on the bill. They will likely be staying there for weeks until the special session ends back home.

Ted Cruz decided to take to Twitter (and Fox News) to let everyone know he disapproves and he did so in the most Ted Cruz way imaginable:

The Texas Democrats who have pulled this political stunt by flying to Washington, D.C. almost surely had to show ID to get on their jet, yet they’re throwing a fit because they don’t want basic election integrity steps strengthened in Texas.

Yes, Cruz focused on the issue of identification, drawing a false equivalency between suppressive voter ID laws and the requirement to show ID when boarding a plane. As a reminder, those are not the same thing. (Also as a reminder, voter ID laws are a solution for a problem that doesn’t actually exist. Their only purpose is to make it harder to vote, especially for POC and low-income people.)

Ted Cruz on Texas Democrats: “It’s ironic. As they were getting on their private jet to fly to Washington DC, they almost surely had to show identification to get on that jet.” (This is a false equivalency — people have a right to vote but not a right to board jets.) pic.twitter.com/VXxZ6jMBiE

So Cruz’s argument falls apart before it even begins. But his choice to attack the “irony” of these Democrats boarding a jet from Texas was absurdly ill-advised, given his own jet-setting history.

Remember how Ted Cruz jumped on a jet to Cancún during a massive snowstorm in Texas that left his constituents without power and other basic lifesaving resources? YES, OF COURSE WE REMEMBER, TED.

Republican Sen. Ted Cruz — who took a vacation to Cancun during a state of emergency in Texas — says of Texas Dems who fled to block GOP voter restrictions: “They should be back in Texas doing their job.”

Ironic is Ted Cruz complaining about anyone fleeing the state of Texas https://t.co/CIxfcAUOOD

you literally fled to Cancun while millions of your constituents were without power and running water https://t.co/bw1kq3ncyA

They ARE doing their job — fighting for their constituents and our democracy!

Texas Democrats left the state to fight for voting rights.

Ted Cruz left the state to sip drinks on a Cancun beach.

I’d sit this one out, Ted. pic.twitter.com/aaePYLLzXs

If there is a less self-aware man on this entire planet, I would not like to meet him.